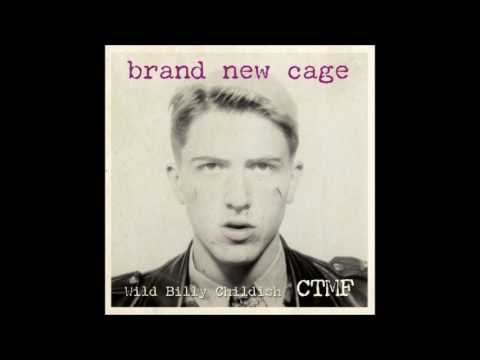 “In a much punkier way!”

Thus spake Jonny Helm of The Wave Pictures, when I asked them in what way Wild Billy Childish had pushed them, which differed from their normal approach, during the making of their 2015 album Great Big Flamingo Burning Moon. It was a pretty silly question, I guess, given the storied garage punk musician’s history over several decades, and, as Jonny himself said, also an obvious answer!

It shouldn’t come as too much of a surprise then that this album, his fifth with CTMF, is punk with a capital ‘P’. Never mind that both the opening, title track and ‘The Punk Was In Me (And It Had To Come Out)‘ possess a pretty much identical melody, it is still very much an entertaining listen and contains the odd sparkling gem here and there. Chief amongst these has to be ‘What About Brian?‘, a song about the late Rolling Stones guitarist Brian Jones and his apparent disappearance from importance to, and influence on, popular culture: “There’s a plaque to Mick and Keith, but what about Brian?“, demands Childish, referring to the commemorative panel on display at Dartford Station, which fails to even acknowledge that, without Jones, The Stones would never even have existed.

Another standout is the brilliant ‘Something’s Missing Inside‘, which bristles with the energy of bands like The Ruts or Suburban Studs. Plus, you get two quite wonderful contributions from the band’s bass player, Nurse Julie, in the form of ‘It’s All Gone Wrong‘, which is something like what you’d expect to get if Fairport Convention had been a punk band and employed Kristin Hersh as their producer, and finale ‘Bullet Proof‘, which isn’t too far from ‘Ladykillers‘ era Lush and features some blistering guitar work which sounds like it may have been performed by the aforementioned Wave Pictures’ frontman David Tattersall. But I have no sleeve notes in front of me right now so I can neither confirm nor deny this.

There’s no denying though that Wild Billy Childish continues the old adage that you can carve a successful (comparatively speaking) career of longevity once you’ve learnt just three chords on a guitar, and while there are several tunes here that unashamedly hold banners which scream “simplicity is best!”, it’s difficult not to empathise with that sentiment when you taste the fruits that such trees bear. God, that sounded horribly pretentious, didn’t it? Well that’s one word you could NEVER use to describe Billy!

A whole lot of fun, as usual.

Brand New Cage is out now on Damaged Goods.