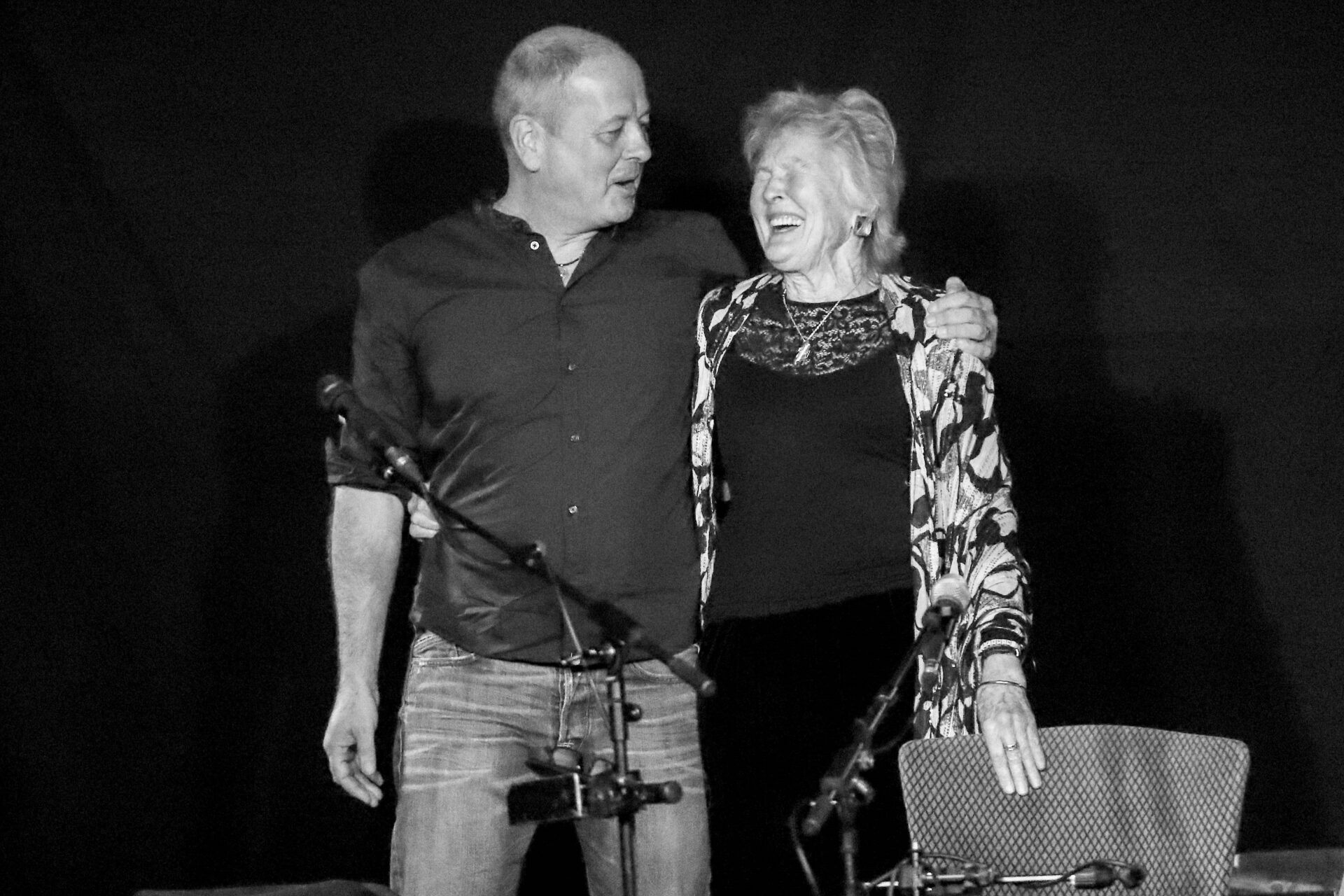 It is little wonder given their shared sense of community spirit and inclusivity that Peggy Seeger is playing at The Crescent. The American folk singer, songwriter, feminist and activist, has become one of the most powerful women in folk music. At 82 years of age, she still continues to fight for truth, peace, and social justice. And this former working men’s club has firmly established itself over the last year or so as one of York’s premier live entertainment venues since it was redeveloped as a community resource.

Postponed from earlier this year so as to coincide with the publication of Peggy Seeger’s memoir, The First Time Ever, this UK tour takes its name from the title of the book (named, itself, after the classic love song ‘The First Time Ever I Saw Your Face’, which was written for Seeger by her partner, the British political singer/songwriter Ewan MacColl).

The tour is billed as Peggy Seeger and Family and what we get here in York tonight is Seeger with her son Calum MacColl. In what is a carefully constructed and nicely weighted performance, the two musicians entertain us with some 22 songs plus excerpts read from her memoir, all bisected by an intermission which Seeger playfully suggests is there purely for her to take a nap.

Peggy Seeger opens with a moving acapella reading of Ozella Jones’ ‘I Been A Bad Bad Girl (Prisoner Blues)’ (which was originally taken from a recording made of Jones in Florida State Prison In 1936), proving beyond any reasonable doubt that age has not diminished the power and purity of Seeger’s voice. And she ends with an encore some two and half hours later not as one might expect with ‘The First Time Ever I Saw Your Face’, but by once more defying convention in taking us on a delightful romp through ‘Gotta Get Home By Midnight’.

In between times Peggy Seeger and Calum MacColl bring us tales of murder, mayhem, depression, sadness, salvation and even one about Napoleon Bonaparte, each and every one of them offering us the opportunity to remember with both mother and son the people that these songs are all about. They are songs taken from different eras, nurtured over the years by Seeger just like she did with her very own children. 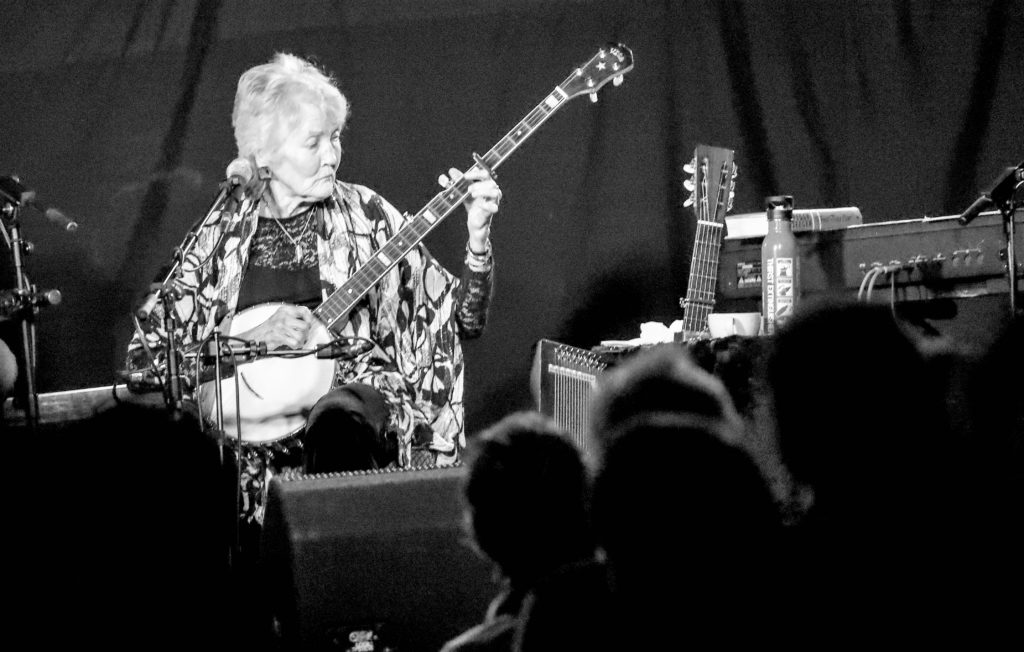 ‘Oma Wise’ – an ode to feminism and justice – sees Peggy Seeger strap on her banjo for the first time this evening; the folk standard ‘Sally Goodin’ showcases some delightful interplay between her banjo and Calum MacColl’s finger-picking guitar; and ‘Everything Changes’ is a beautifully poignant song that Seeger wrote for her mother whom she lost when only aged 18. On Euan MacColl’s ‘Ballad of Accounting’, Peggy Seeger rewrites the song’s final words to embrace all of humankind, and the first half of the set concludes when she further illustrates her musical dexterity by picking up the dulcimer for a delightful ‘Careless Love’.

After the break, Peggy Seeger and Calum MacColl perform ‘The Cavemen’, a song she had written in the aftermath of 9/11; in a much lighter vein, we get Lou and Peter Berrymen’s ‘Do You Believe In Me?’; as well as hearing readings from her memoir. Seeger recounts her experiences at a gig in Maidstone, Kent in 1970 when her anti-Vietnam War sentiments were not received well by some visiting GIs. She was to finally make good her escape from their frightening pursuit by pushing her Citroen DS up to 120 mph on the motorway out of town.

Calum MacColl comes very much into his own when he performs ‘The Joy Of Living’, one of the last songs that his father had written and on which his mother adds some deftly understated harmony vocals. It is most undoubtedly a family affair to remember and to have been given this chance to experience what is a genuine slice of musical history here tonight we must offer our great thanks to local promoters Black Swan Folk Club and Please Please You, whose Joe Coates was last week deservedly crowned the city’s Cultural Champion for the consistently tireless and outstanding work he does in bringing tremendous events such as this to York.