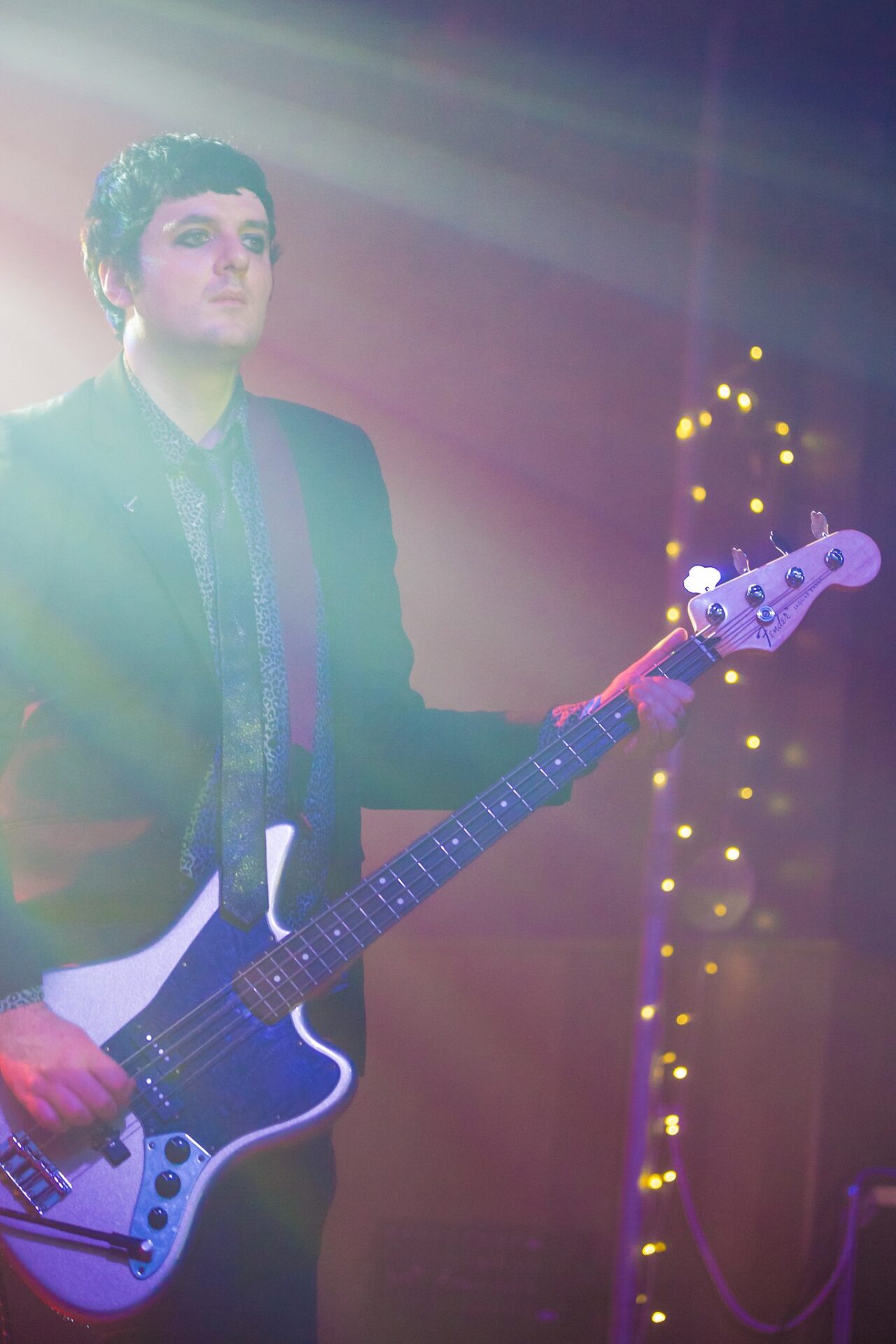 Desperate Journalist released their second album Grow Up in the Spring of this year – a bold, brave and heart-bursting record, marrying powerful post-punk rhythms and wide-screen guitars to Jo’s astounding vocals, giving voice to intensely personal couplets. A cracking grower, it featured highly in our top 50 albums of 2017. As we hurtle towards a new year, Desperate Journalist bassist Simon Drowner has fielded our 20 questions on the last twelve months, and looks forward to what’s to come in 2018.

I’m good thanks. I’ve had a cold for several weeks now, and the police have just arrived to resolve the never ending domestic dramas in the flat above, but yes I’m good!

It was a really great year for me and for the band. Everything pretty much went according to plan in terms of the Grow Up album release and stuff. It just a shame things haven’t been going so well in the real world.

3. What was your highlight of the year?

After we played our set at Benicassim, we went to the VIP area, commandeered the swimming pool and the free bar, and partied whilst mostly ignoring the Red Hot Chili Peppers set on the big screen. You have to enjoy those moments. 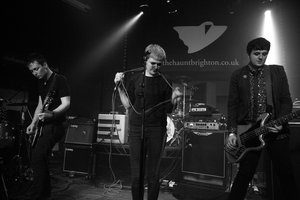 4. What was the most unexpected thing to happen to you this year?

Two of my best friends started going out with each other and I never saw that coming.

5 What was your favourite live show that you played this year?

Has to be the Scala gig which was our London album launch. It was great to see so many people come out to support us. The actual gig went by in a bit of a blur for me though.

6 You made our top 50 albums list of 2017, but what are your favourite albums of this year?

Dexy – Tear It Down, Peter Perrett – How The West Was Won, Idles – Brutalism….
There are loads, but I’m more of a singles guy. Perfect songs are easier to find than perfect albums.

7 What was your favourite single of the year?

‘In My Dreams‘ by Makthaverskan, ‘Charm Assault‘ by Ride, ‘Just Can’t Get Enough‘ by Sheer Mag. My most played song on Spotify was ‘Bad Bohemian‘ by British Sea Power.

8 What was the best live act you played with?

Asylums and PURS were great at Scala.

LCD Soundsystem at Alexandra Palace, my first time seeing them and I wish I hadn’t left it so long.

Probably the new Blade Runner film. I liked it better than the first one.

11 What was your favourite TV show?

I really enjoyed Stag, a black comedy mini-series on BBC2.

12 What new acts did you discover this year?

13 What was your favourite purchase this year?

All my money goes on rent and overpriced pints. Hmm, I’ll go with the pints.

14 What did you learn this year?

Clichéd stuff like hard work pays off, but you have to be patient.

15 Who is your villian of the year?

Theresa May, the general public, and Cabbage.

Keith Top Of The Pops

Well, we plan to record album 3 at some point.

18 Do you have any shows booked for next year?

We are playing a free gig at Old Blue Last on January 12th, and Rockaway Beach Festival in Bognor Regis the day after. Then we’re playing Athens in February, pretty excited about that.

19 Do you have any songs recorded or releases planned for 2018?

We’re releasing a new single called ‘It Gets Better‘ on January 12th.

20 What are your new year’s resolutions if you make them?

I’ll make a vague one now for you. To be a better person. 🙂