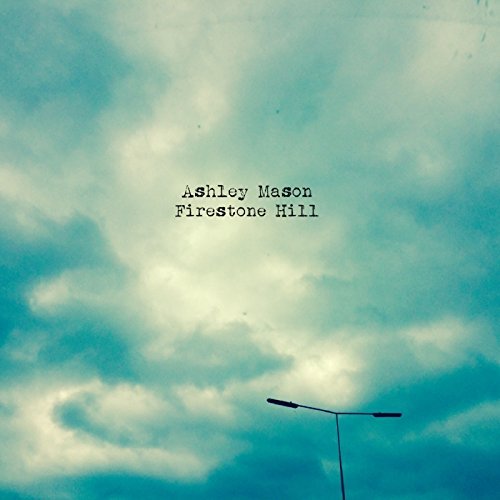 At first I was wholly unsure about whether I could be properly objective about this. For a start, Ashley Mason is our live editor Dean’s brother. Secondly, I’ve known him/them for just over 37 years. His family and mine both moved to a small town in Leicester on the same day – on the same road – back in 1980, and I performed several gigs in various bands with Ashley over a number of years. Could I possibly give a fair and balanced review? Then I remembered that one of my other mates asked what I thought of HIS new song and I basically told him it was shit. Therefore, I feel more than comfortable in showering Mr Mason with praise for what turns out to be a fine, beautifully crafted, sometimes very affecting album.

Opener ‘Blood Moon‘ is a lovely, stripped back sun-ray of a song with a chorus that could have been written by Billy Joel, whereas ‘You & Me‘ is highly reminiscent of the kind of blissful aura so successfully created by JJ Cale on ‘Magnolia‘. If you were a cat, I’m sure this would be the musical equivalent of being stroked lovingly until you were eased into a gentle slumber. The wonderful ‘Roll Of The Dice‘, on the other hand, is like a cross between Ry Cooder, and Jace Everett‘s True Blood theme tune, ‘Bad Things‘.

The beginning of ‘Reasons To Believe‘ reminds me a little of the beginning to ‘Something Inside So Strong‘ by Labi Siffre, but is effectively gorgeous in its sparse arrangement. One thing you can’t fail to notice throughout this debut long player is how much love and warmth there is in it. This is especially apparent on the closing title track, which is a nostalgic look back at those formative years upon his arrival in Leicester all those years ago. Ashley’s vocal is not unlike Dave Allen’s from Hal, albeit more appealing than that, as he sings “Way down at the bottom, someone’s playing a guitar / who knew that melody could take me this far?” – now, I have no idea if this refers to me or not, during the endless songwriting sessions in my bedroom at my folks’ house, but regardless of whether it is or not, it remains a beautifully misty eyed reflection of a bygone era sadly now lost in the embers of time.

Like all good musicians, Ashley lets his instruments speak emotively as though they have their own personality, so even more upbeat tracks like ‘Into The A-Road‘ feel like they have a heart that bursts with yearning, and it’s practically impossible to put a red circle against any one track as a selected highlight. It’s just a truly lovely album. I’ve known Ashley a long time. It was never going to be anything else.

The self released Firestone Hill is out now.