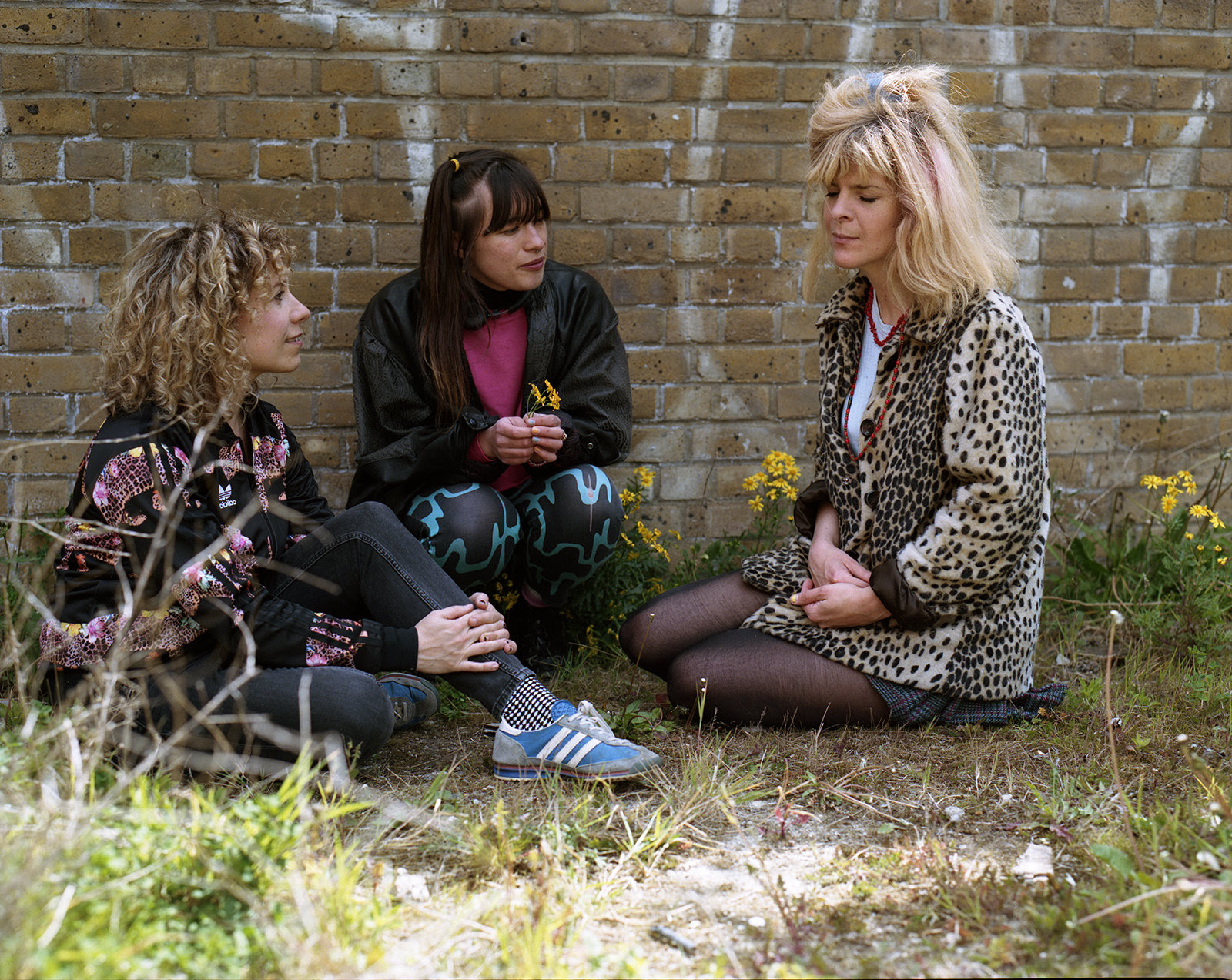 Bas Jan, the London trio built around multi-instrumentalist Serafina Steer, will release their debut album Yes I Jan  through Lost Map on vinyl on February 23, 2018 (pre-order now, digital release February 9). Stream the first single to be released from the album, ‘Argument’ here:

‘Bas Jan’s earliest songs were initially conceived as Serafina Steer solo material, until Bas Jan co-founder members Sarah Anderson and Jenny Moore – both of whom have since left the project – triangulated the whole collaboration and, in 2015, the band was born. Currently joining Steer in the new incarnation of Bas Jan are violinist, bassist and vocalist Emma Smith (Meilyr Jones, Seamus Fogarty and founder member of the Elysian Quartet) and drummer and vocalist Rachel Horwood(Trash Kit, Bamboo).

Co-written and performed by Steer, Anderson and Moore, with additional playing from Smith, Yes I Jan is a chronicle of the first two years of the band and the collection of unique personalities which helped shape its unconventional and thrilling sound and energy. Bas Jan is a collaborative project, so each member either made up or elaborated their own part within the initial song structures. All of the lyrics are by Steer, and they delight in finding hidden humour, resonance and beauty in the mundanity of the everyday, from the weird tedium of getting stuck in an aggressive text message spat, to hungoverly eating fish and chips in the faded seaside splendour of Walton on the Naze, to swaggering the just-got-paid swagger down the Holloway Road. Yes I Jan was recorded at Total Refreshment Centre and Gun Factory studios with the production skills of Capitol K, Leafcutter John and Leo Abrahams.

Bas Jan’s self-titled five track debut EP was released in 2017, and was championed by BBC 6 Music’s Marc Riley. Bas Jan have since performed at festivals including BFI, Serpentine Summer Pavilion, Green Man, End of the Road and Supernormal, as well as BBC 6 Music Live and Radio 3.’