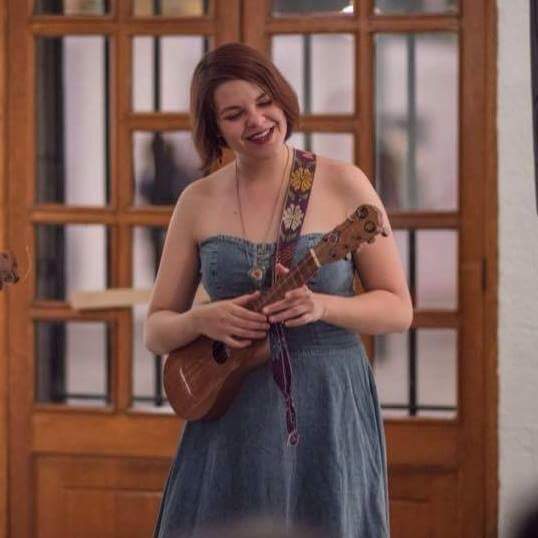 One of the most enriching, forward-thinking, fastest-growing online creative communities flourishing right now is the Poetry community, especially in those scenes that center on marginalized voices — Women, POC, Neurodivergent, and LGBTQ. Poetry Spotlight is a feature aiming to showcase the work of some of the most talented creators we’ve discovered making waves on the Internet literary circles, inside or outside the mainstream. This third installment is dedicated to the work of Mexican artist Martha Mega.

Martha is a poet, performer, theater director, and musician from Mexico City, and she’s considered one of the leading voices in the Metropolitan scene. She runs the company Sí o Sí Teatro and has recently won the top prize in the literary translation section of the Punto de Partida festival. She released the poetry book Vergüenza (Shame), in 2017, on Mantarraya Ediciones. She has performed throughout the country both as a solo spoken-word act and with Literal Sound Machine, a multi-disciplinary collective that incorporates poetry into their audiovisual performances.

did you see, God, what they did to me?

God, you’ll say i’ve not taken proper care
of this, which was only
mine

how they’ve left me, God,
these sons of yours
with blades between their legs
snakes
scorpions
fingers made of thistle
cascades of dry sand
under their eyes

i am another cry torn off your throat
another shameful landscape of your hand
look at me, God,
if you still have the eyes
and strength
to see it

all that is beautiful is brief

would be a tiny creature

a bouquet of fresh feathers

almost better if it is not

what is beautiful fevers me

and i play to kill

the path of ants

and to tear apart

the wings of all the sweet words.

On the slaughterhouse door, there was a huge number. It was number five

you wake up screaming in other tongues

even though your mother breast-fed you Hebrew

your father beat you up in Tzotzil

you kept your secrets in Arabic

here there are others who name themselves

you’re not one of them

you’ll know what to respond

if somebody asks you

what’s the sweetest thing in life

someone __ i don’t know __ from tralfamadore

what would you say?

i think they should come up

or they’ll have to go on without us

they should tell us another story

so we can take strength and crawl

as the unfortunate mammals we are

on to a forest away from the flames

a forest made up of all forests

let them tell us a story about traveling to other planets

or off to whistling acteal we go

or that evening five years ago when mom did not return

if somebody asks you what’s the sweetest thing in life

do you manage to sleep?

we went and burned down the city while you were sleeping.

i will not die because you leave i know

twice i was about to marry

guys that swore they could not live without me

as did my mother through three countries three

she was never killed by heartbreak

even though she wished so

my world has ended several times

but there’s always another one right behind

there you were in one of these new worlds

however it will all end soon

for the first time in a definitive way

my scientist brother has calculated it would take some 50 years

to reach the heart of the onion

of global reach and much

what i want to say is

don’t go just yet you could

i thought, what would i want from a poem

in the desert? would i want a poem

one that could maybe serve as a staircase

an alternative to dying of thirst

one that survives at least three weeks without trying any food

or how to locate the northern star and why the fuck

should we know how to locate the northern star

as me that knows where i am

what i do not know is where is everything else

i slept beneath the wall

i dreamed of a staircase the biggest

on to the next body of water

on to the next body

as long as it moves

but does not shoot.