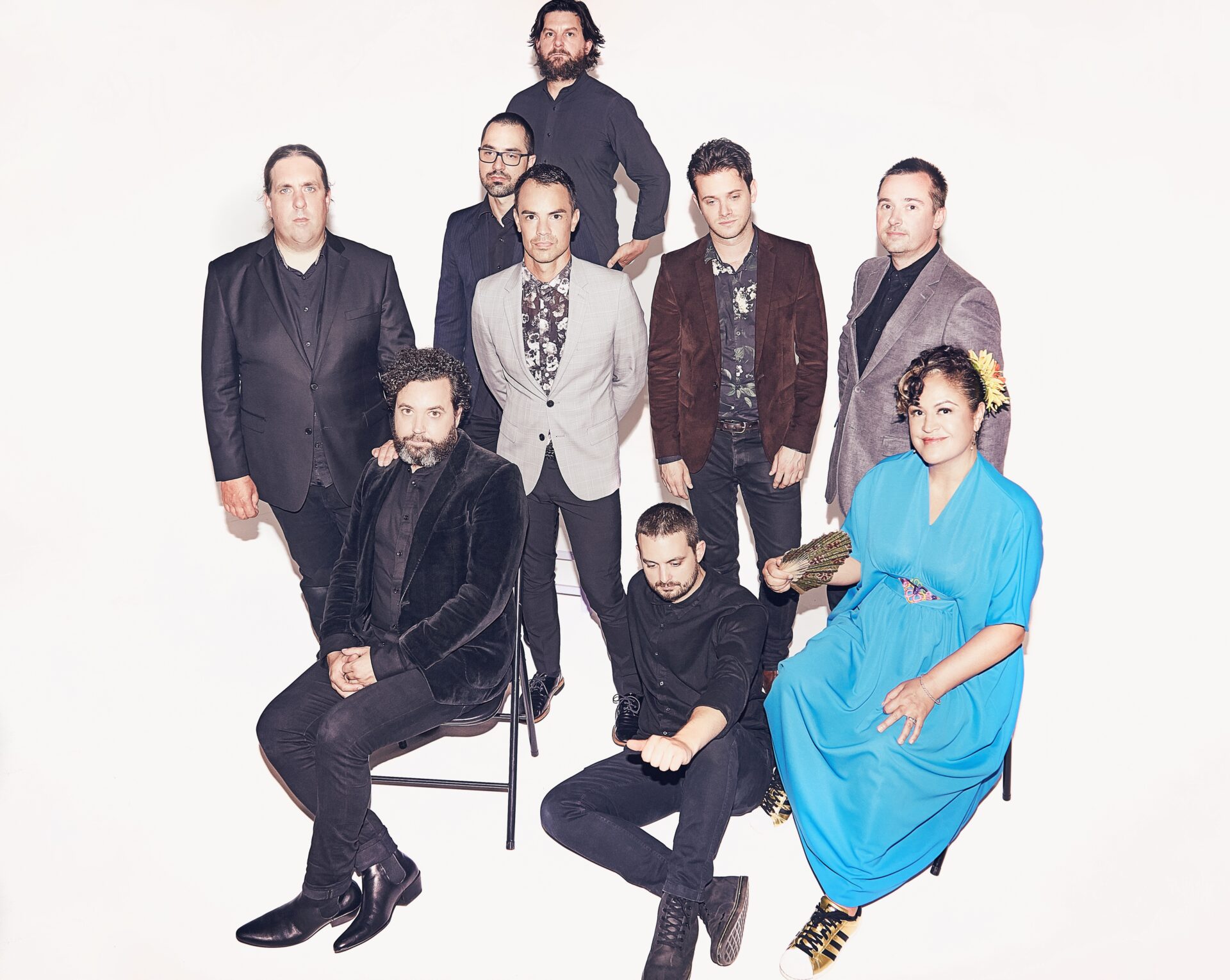 The Bamboos are a soul / funk influenced collective from Australia. Their latest offering ‘Lit Up’, from their forthcoming album ‘Night Time People’, is an energetic cocktail of grooves and soul power. Mixed by Bob Clearmountain (whose mix credits include everything from ‘Born In The U.S.A’ and Bowie’s ‘Let’s Dance’ to The Cure and The Rolling Stones). The Bamboo’s mainstays Lance Ferguson and vocalist Kylie Auldist are also the creative forces behind one of 2016’s biggest singles, “This Girl” by Kungs Vs Cookin’ On 3 Burners.

Lance Ferguson (Guitarist) from the Bamboos has kindly fielded our twenty questions below:

Very well and thank you for asking!

Autumn has hit proper! We even considered putting the heater on this morning for the frst time (one
tear…)

Usually with drums: A sampled break, a particular rhythm: I love writing from the drums up.

Yeah a few times…The worst was when I met Yukimi Nagano from Little Dragon (I was a blithering tongue-tied fool).

I’ve never had the opportunity to work in a record store, so I’d start there… I do however like the idea of mowing lawns for a living (I’m actually serious).

I have to go with ‘The Right Stuff’ by Tom Wolfe.

An outcast…A skater, a comic collector.

Melbourne is the music capital of Australasia for my money (and I raised that money by selling my entire Star Wars toy collection to buy a plane ticket to get here from Auckland in 1990).

It’s still got to be this show we played in Piza, Italy a decade or so ago. The festival was set up in an ancient Roman ruin, and we played during the sunset. One of those moments where you look around at each other and go “This is #$&ing nuts!”

In terms of an actual ‘single’ that I identify as a physical ‘single’, I have to go with the vinyl 7” of ‘Axel F’
by Harold Faltemeyer. My dear Dad came home one Friday night with it and played it over and over again on the family record player for about two hours.

What do you listen to in your tourvan?

Anything that is the complete opposite of ‘serious music listening and appreciation’.

Who would you want to play you in the flm of your life?

I’m not a format purist and I listen to a tonne of music on streaming services; but in terms of physical formats I’m always going to go with vinyl.

There are so many great ones in this world. I’m going to choose Aretha Franklin doing ‘You Send Me’.

Our new single ‘Lit Up’ was mixed by the legend Bob Clearmountain, who mixed ‘Born In The USA’, Bowie’s ‘Lets Dance’, Roxy Music ‘Avalon’ and a bunch of monumental records.

I spoke to him on the phone in the middle of the night (due to time differences) and had yet another fan-
out moment (see question #4). I fnished by thanking him for getting me through High School – he also mixed The Cure’s ‘Just Like Heaven’ you see.

I hope to run my frst offcial marathon – also to arrange my record collection alphabetically by record label.

It would be a dream to make some music with Jon Hopkins, who I consider to be a genius.

Once I was doing a Jazz trio gig at the races and we swapped instruments for a song out of mischievous boredom. I went from guitar to Keys (which I have no idea how to play) Drummer went to guitar (atrocious). Keyboard player went to drums (woeful). No one in the crowd batted an eyelid.