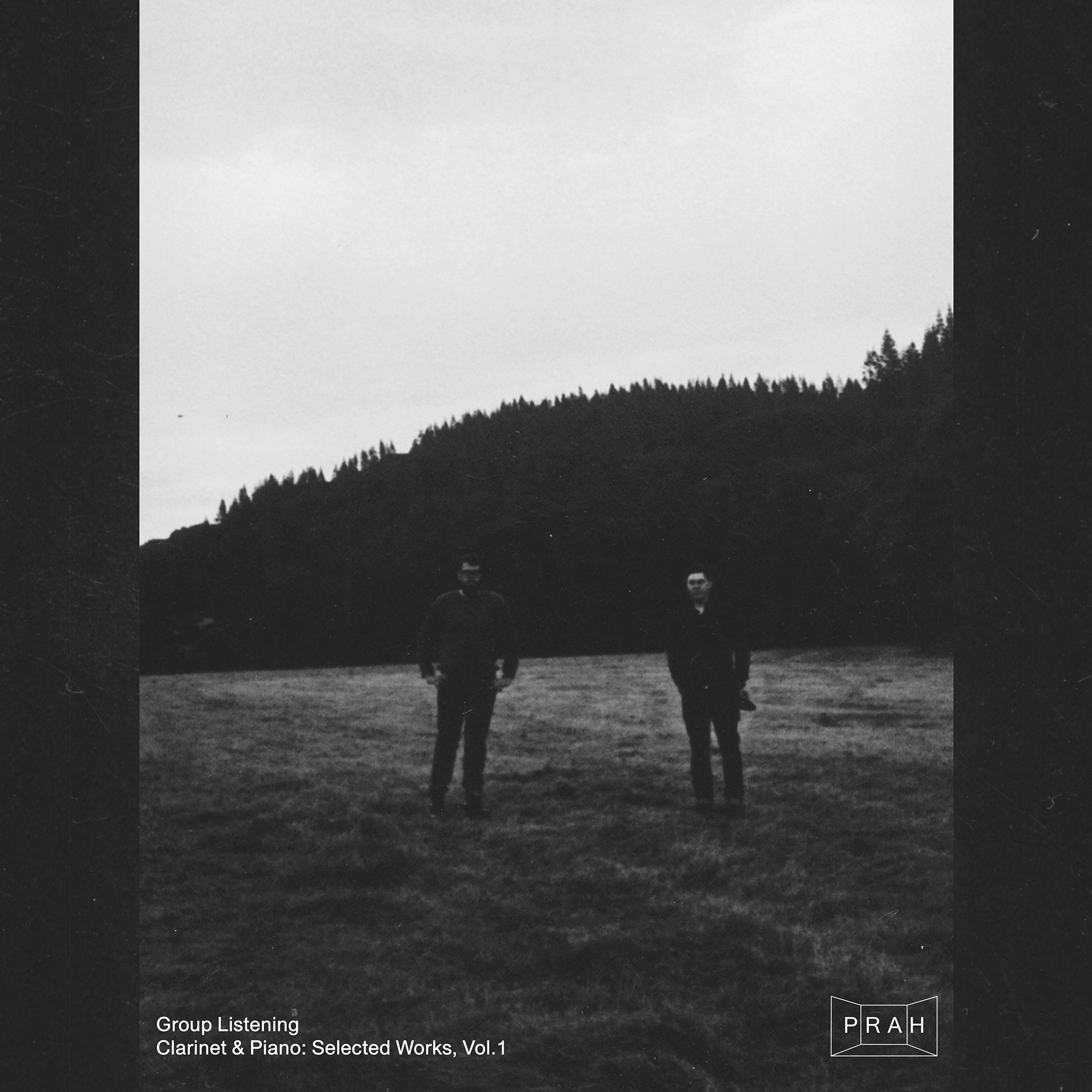 Group Listening is a new project from Stephen Black (aka Sweet Baboo) and Paul Jones. Their new record Clarinet & Piano: Selected Works Vol.1 is a collection of ambient works – from the likes of Brian Eno, Arthur Russell, Euros Childs and Robert Wyatt – arranged for clarinet and piano. The album will be released on the PRAH Recordings label on 4th May. Their cover of Arthur Russell‘s ‘A Little Lost’ mingles cello, clarinet and pianos to delightful affect, the addition of H.Hawkline’s guitars adding another texture to the mix. We have the premiere of the video, watch it below.

‘P: So, we knew that this one was going to be done a little differently, a bit more upbeat and celebratory. I think there was a line of thinking that we could have fun with making it a bit Portsmouth Sinfonia, a bit Langley Schools Project. Huw Evans (H.Hawkline) came along to the studio to take photos (which became the artwork for the album), and we asked him, or he suggested – I can’t remember which – to add a guitar part. He really got into the kumbaya/campfire aspect of the recording and it really adds that quality I think. Iwan recorded it in such a way that all the microphones are picking up everything from all directions, so it certainly does have a very lively and earthy sound to it, which I really like.

Steve transferred the cello countermelody onto bass clarinet, which works really well, and I played the melody quite stridently in octaves on the piano. This is the last recording we did in the studio, and I think the piano tuning was drifting a little by this point, which you can just about hear on the record.

S: Probably the poppiest number on the album and we broke our cardinal rule: the addition of another instrument, the guitar, expertly played by H.Hawkline, (who happened to take the photos for the album too). The bass clarinet was used to emulate Arthur Russell’s free-flowing cello of the original. The mix has an Ammon Duul commune feel to it.’