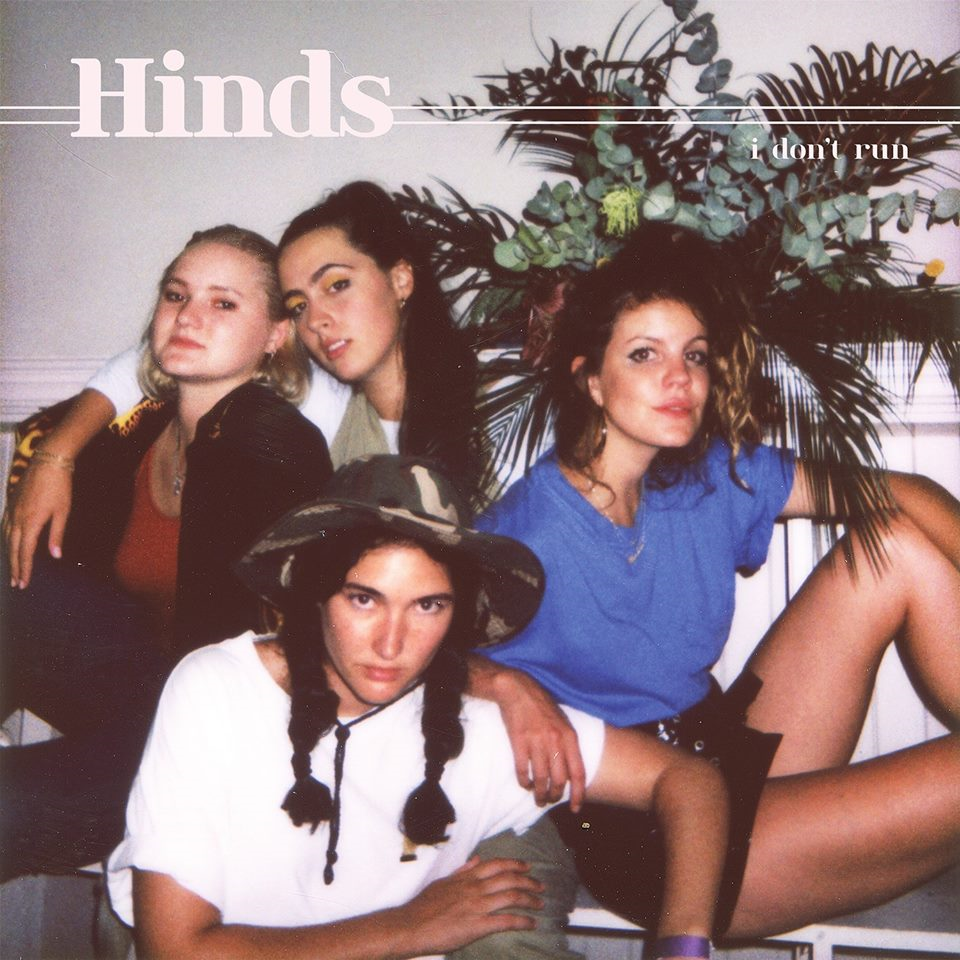 Lo-fi Spanish all-girl band Hinds breezed back into Manchester on the second leg of their UK tour in support of their recently released second studio album ‘I Don’t Run’.

Imagine if you can four Frankenstein’s Monsters built out of bits of Bananarama, Katzenjammer and early Sleater-Kinney and you’re on your way to picturing Hinds during their stage act. The latter two of those bands were extremely adept at playing their instruments of course but with all due respect to Hinds, that isn’t really their thing. They keep their music nice and simple, but atmospheric. They are there to have fun and they draw their audience in with them. Resistance is futile.

The Madrid-based female quartet is possibly the most internationally famous to have emerged from the Spanish capital’s garage rock scene over the last five years. Spain doesn’t “do” international where music is concerned, it is very parochial and Hinds have been criticised in the media there for singing in English.

They’d possibly be in a better position by moving here. Gorilla was sold out and there was a lot of love in the house for them from an audience mainly in the 18-25 age bracket.

It was the second night of the tour and it could well have been their first ever show as they made a paella of the first two songs, which wandered out of time and out of tune, both instrumentally and vocally, as well as being lethargic. I began to compare them with the few contemporary British garage rock/pop bands I’ve seen and the Madrileñas weren’t coming out if it very well. I couldn’t get an image of an early 1980s punky The Go-Go’s out of my mind, struggling to put together a song with limited musical ability.

But they quickly got into their stride and as the tempo quickened, the volume increased (it was awfully quiet to start with), and the songs became faster and punkier, the buzz they are reputed to generate became evident. From a small core of about 50 there soon grew an army in the centre/front of the venue of what I can best describe as Polish football fans, those that turn their backs and jump up and down energetically, you know, supporters of Legionella Warsaw or whatever. And they seemed to stimulate the band in turn with that vigour as the girls themselves became more proactive, prancing around the stage with band leader Carlotta Cosials performing high kicks that even Carrie Brownstein would envy.

Hinds don’t really do tunes either. It was the eighth song in, ‘Garden’ before I heard one. But did that matter to the audience, any more than the fact that their lyrics fluctuate between erudite observations on vulnerability and human frailty, and nonsense? Not in the least.

The set up of the band has the co-founders, the aforementioned Cosials and the half-French Ana Garcia Perrote, sharing vocal and guitar duties, including the two brief guitar breaks and a flamenco-inspired piece, supported by the novichicks, Ade Martín on bass and Amber Grimbergen behind the kit. Cosials, with her high-pitched voice which makes her sound like she took a sharp intake of helium before coming onstage, is clearly the boss and vocally more convincing. She has a little of Arcade Fire’s Regine Chassagne about her, both in looks and that sexy voice.

That said, it was Perrote who got to steal the show with her crowd-surf during main section-closer ‘Davey Crockett’, which saw her virtually dumped into a face plant by the Legionellas, as if they’d caught a supporter of Lech Poznan in the wrong enclosure. That song turned out to be one of the musical highlights of the evening too, with its Flintstones-like theme.

The other highlight was a case of leaving the best until last, with the enthralling ‘San Diego’, their best song in my book, which starts off with something George Formby might have written and morphs into an outright rocker, with the sort of strong melody line I’d been praying for all night.

I’ll lay my cards on the table. After the first couple of songs I was wondering why I hadn’t stayed at home and done the ironing. But Hinds do have the ability to win over even the most hardened purist with their effervescence, and they did.