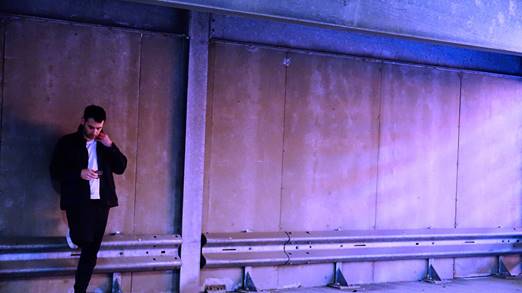 Gabe will release his debut solo album, Physical, on 3 August 2018 via Phantasy Sound. Today Gabe shares the album’s opening track, ‘Ultra Clear Sound’, explaining: “I wanted to write a track that represents the addiction to bypassing reality through technology and nightclubbing, into a future virtual world paradise. An anthem for escapism.” (BC)

Today sees the release of Jazz Mino‘s new single ‘Misunderstand’ and it’s a great accompaniment for the sunshine we’re all enjoying at the moment.  The song is upbeat, and with a sunshine all of its own – and rather fittingly, the colour theme matches the brightness.  It’s a fun electro-pop melody, although it’s not without its slight shady side in the lyrics and their cheeky, playful stab at a bad relationship and toxic people.  ‘Misunderstand’ is a great little pop song and worthy of a few glow-sticks and repeated plays. (TS)

Certainly, the kind of brutal but beautiful sound that made Nirvana’s In Utero, Pixies’ Surfer Rosa and PJ Harvey’s Rid of Me so memorable is very much in evidence on this, the first fruit to emerge from South London four-piece Hot Sauce Pony’s Albini-recorded debut album. It starts with an earthquake bass riffs and quickly crashes into life like a drunk accidentally descending a pub staircase, but the sublime vocals of singer Caroline Gilchrist nicely offset the lurching violence happening underneath. Then, after a mere minute and 10 seconds, it’s all over, imploring you to stick it on again. Every bit as spicy as that band moniker would suggest, and yet curiously moreish. (JR)

Jonny Squid – We the People

Bearing an uncanny relation to Link Wray’s ancient rock ‘n’ roll classic ‘Peter Gunn’, only with a psychedelic tiny and an altogether more roughed up, heavy outlook, the track sets the scene for some rabble-rousing exhortations to rise up and take control of the planet before it’s too late. Despite some grim descriptions of the earth circa 2018, from “greed ridden bankers” to “oil wars/children on fire,” it’s actually brimming with optimism and righteous hope that will put a smile on your face as well as possibly goad you into action. Squids in!  ‘We the People’ is released as part of the Rosebud album on Laughing Records in late July 2018. (BW)

Having released several teasers from her second album already, the most recent in the form of ‘I Don’t Care’, she followed up with ‘Treehouse’ (25th May) a song which deviates considerably from her usual style, venturing into the fairy-tale territory associated more with her compatriot Aurora or Iceland’s Of Monsters and Men.

The forthcoming album is reported to have a more “mature” sound than Hold on Dreamer combining a full band with folk-leaning string sections. Conversely, she says it was inspired by the recognition of her own un-cool and “immature” personal traits, including “unfiltered, impulsive thoughts and actions fuelled by everything from fear, love and deep passion to red-hot anger.” Not a lady to mess with. (DB)

California’s Soft Science recently released their new double A-side single ‘Sooner/ Paris’ via Test Pattern Records. ‘Sooner’ is the superb second single from the band’s forthcoming Maps album, to be released in early June.   A rushing, lush slice of gaze pop that recalls memories of bands Pale Saints and The Mighty Lemon Drops and wraps them in an open hearted bittersweet chorus about feeling submerged by the modern world, with twinkling percussion and spiralling fuzz box riffs. It’s fantastic.

“Sometimes lyrics are like therapy – Sooner is one of those songs”, explains Soft Science vocalist Katie Haley. “The lyrics for Sooner are an expression of how difficult it is to continue to push yourself in this crazy hectic world we live in. Sometimes, I feel like I lose myself in the barrage of daily news, the push and pull of work, and family obligations – it can all feel overwhelming to the point where I feel lost. Dealing with those feelings was the inspiration for this song.” (BC)

Uma E. Fernqvist – For U

Ethereal, downtempo soundcard seen with pulsing beats and instrumental sweeps, the imperious seven minute ‘For U’ is redolent of the dark corners with trip-hop, garnished with the evocative vocals of Swedish artist Uma E. Fernqvist‘s midnight hauntings of indecision and turmoil that calls to mind Polica and Portishead. She says “For U” is about a wait that almost makes you destructively paralyzed and puts you in a vacuum of beautiful melancholy. A wait for someone… or for myself.  (BC)