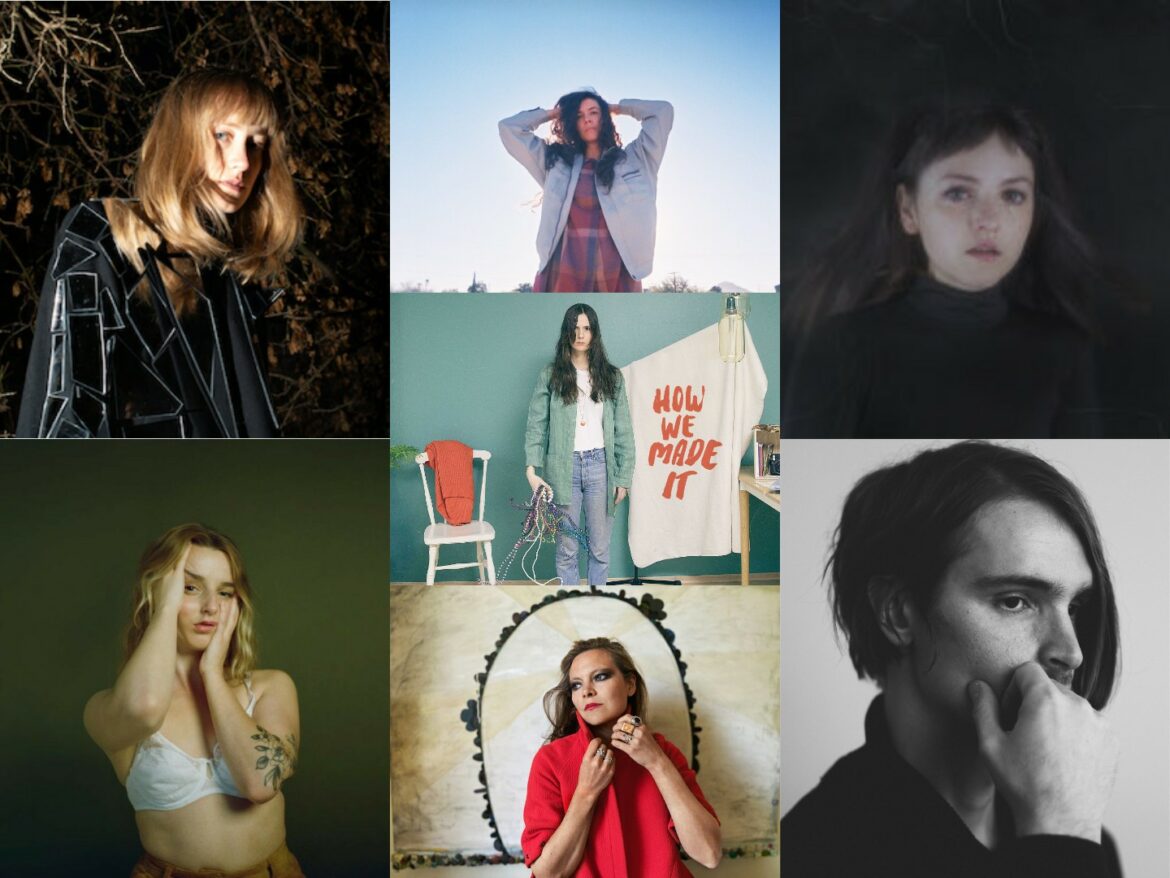 Another week, another selection of tracks that we’ve been enjoying here at God Is In The TV. As we enter into the final days of February, and closer to the advent of Spring, it’s hard not to feel a sense of relief that this particularly testing winter is drawing to a close. If you’re not quite there yet, we hope this latest TOTW provides some level of escape and intrigue. You can follow our regularly updated new music playlist here.

Why we love it: Karima Walker hails from Tucson, Arizona and has just released the third single and title track from her forthcoming album Waking the Dreaming Body. Written, performed and engineered entirely by Walker herself and completed in her makeshift home studio during the current pandemic, the delicate timbre of her voice and the equally fragile construction of the song add to a feeling of uncertainty. Waking the Dreaming Body teeters almost on the verge of collapse and you do fear it just may not have sufficient strength to emerge from the other side. But emerge it does in an absolute triumph of inner resolve and in doing so it lives up resolutely to its name. (Simon Godley)

Why we love it: Coming hot on the heels of her second solo album, Who The Power, voice of The Duke Spirit and Bella Union recording artist Liela Moss has just announced news of Who The Power (Reformed).  The album – due out on 26th March –  is a full remix version of last August’s release and features amongst many notable others Jehnny Beth, The Horrors’ Tom Furse and her record label’s very own Simon Raymonde. To herald this announcement, Liela Moss has shared two new tracks from the record – one is UNKLE’s remix of ‘Atoms At Me’ and the other, featured here, is Emika’s take on ‘White Feather’. The Berlin-based English electronic musician invests the dramatic power of the original with a delicate, feather-soft touch but never at the risk of losing any of the commanding presence of Moss’s voice. (Simon Godley)

Why we love it: ‘SØN’, the first single to be released from Frøkedal‘s forthcoming third LP, is a glimpse into a new, more collaborative way of working for the artist. Extending her creative sphere with the inclusion of her band ‘Family‘ for the latest album, ‘SØN’ is perhaps the artist’s most ambitious effort to date. The album was recorded over a mere 10-day period, which nods to a more intuitive and spontaneous approach to songcraft and production. You can really hear Frøkedal and her band working as a unit in ‘SØN’. The track itself balances a sense of mournfulness with hope, a sound that is familiar yet, in Frøkedal’s case, exciting. (Oliver Wareham)

Why we love it: With a delicate use of instrumentation and voice, Joel Gabrielsson has delivered a poetic and heartfelt insight into his own creative world with his debut single, ‘Morning Light’. Growing up in Asia, Joel returned to Europe to study contemporary dance and is currently based in Sweden. His approach to music is tactile and expansive, reflecting his passion for art across multiple disciplines – Joel features as a lone dancer in the video that accompanies ‘Morning Light’. The song deals with attempting to maintain strength through trying times, an alternative hymn to human resolve, that ebbs and flows beautifully through competing emotions and experiences. (Oliver Wareham)

Why we love it: ‘Pessimist‘ is the lead track from Welsh artist Greta Isaac’s forthcoming EP. Built upon insistent nagging guitar loops, beguiling multi faceted vocals and bombastic choruses that have hints of Taylor Swift, releasing the frustration and self annoyance at constantly dragging yourself down. It comes after an 18-month period of artistic and personal self-reflection for Isaac. She says: “I wrote this song about seeing the contrast between having this very childlike carefree mindset and that suddenly switching into this negative, exhausted state of mind. This song is a perspective song, an ode to myself.” Fantasically refreshing! (Bill Cummings)

Why we love it: Followng a string of EPs over the past few years, ‘Shadow,’ is the first single Margate’s BABii has released through Gloo, the label she started with Iglooghost and Kai Whiston. ‘Shadow‘ pops and hiccups with percussive ticks and illuminating synths that have ‘Sweet Like Chocolate’ vibes. Woven with rhythmic and eneveloping vocal loops, both sweet and steel plated they have an earworm quality, underscored with dystopic and menacing visions of fictional, world of demons and cyborgs. ‘Shadow‘ lilthly and innovatively surfs the lines between electro pop, industrial and garage. A funky futuristic lullaby, unscored with paranoia, “Floaty but tough,” as she puts it. Ace. (Bill Cummings)

Why we love it: The Weather Station deliver an evocative and rich ode to the unfolding dread of climate diaster. Sophisticated textures of looping drums, and swirling instrumental sweeps ripe with flutes, pianos and guitars with echoes of latter period Talk Talk, are guided by Tamara Lindeman hypnotic and meditive vocals that flutter like the soaring birds above your head. She says she is “Trying to capture something of the slipping feeling I think we all feel, the feeling of dread, even in beautiful moments, even when you’re a little drunk on a sea cliff watching the sun go down while seabirds fly around you; that slipping feeling is still there, that feeling of dread, of knowing that everything you see is in peril, I feel like I spend half my life working on trying to stay positive. My whole generation does. But if you spend any time at all reading about the climate situation circa now, positivity and lightness are not fully available to you anymore; you have to find new ways to exist and to see, even just to watch the sunset.” lifted from their new album Ignorance, out now. Sumptuous. (Bill Cummings)