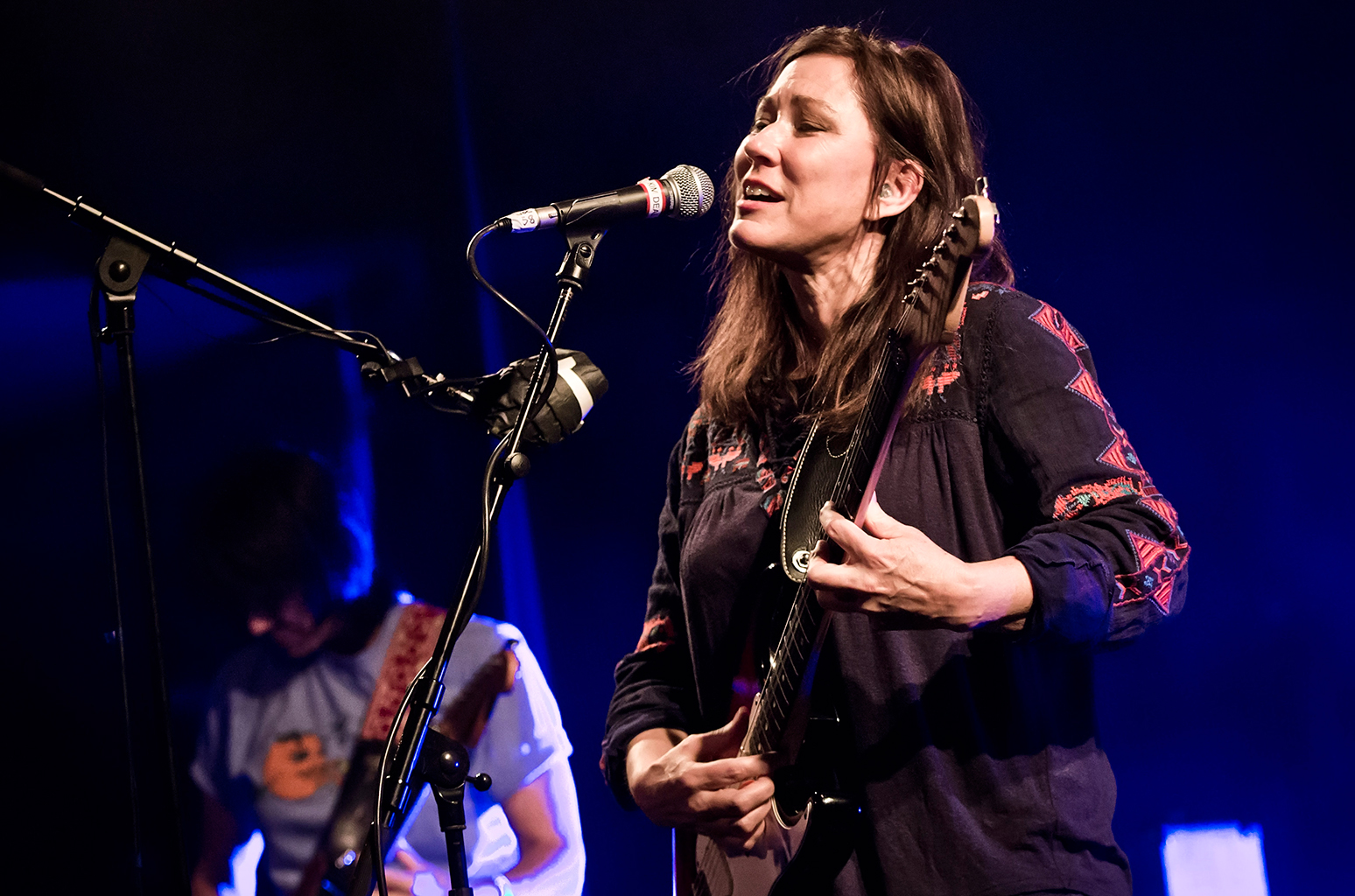 When The Breeders returned to London in 2013 as part of the Last Splash Anniversary tour, even that seemed like a real feat. Celebrating 20 years since their landmark release, Deal quite literally got the band back together, with original 1992-1994 lineup Josephine Wiggs, and Jim Macpherson joining the sisters on stage. Performed in its entirety, the show was proof that they were still a Big Deal when it comes to timeless songwriting. If fans weren’t sated enough, that night the band glided back on stage for an encore to play out all of 1990s debut, Pod. We left beaming from ear to ear, just grateful to have caught the moment while it lasted.

So when word of a new record dropped at the start of this year, and promise of that same seminal line up, it’s fair to say the excitement was palpable. Turns out, 2018’s All Nerve – 25 years since the foursome’s last creation – was a product of that post-anniversary tour as they quietly set to work on a new release. New pal, Courtney Barnett even appeared on the recording and would go on to return the gesture on her sophomore, even luring the Deal sisters out for a surprise collab at BBC Music’s Big Weekender.

Funny now then to be back in the throng geared up for a sold-out Roundhouse show, something that felt like an impossibility five years ago, particularly as the reminscent strums of Last Splash opener, ‘New Year’ kick in. The signature dual guitars thunder in with full-force as ‘Wait In The Car’ clatters in with a cheerful “Good morning” and we’re wide awake. If the band had it nailed for the anniversary tour, they’ve just added another 30 mins to their set time with a whole new slew of classics to the back-catalogue.

Noughties number, ‘Title TK’ gets a fair outing (on Josephine’s request, according to Kim) which is a welcome surprise to the set with the noodling guitars of ‘Huffer’ and bass-heavy but blissful strums of ‘Off You’. There’s also a guest appearance from PINS percussionist, Sophie Galpin on violin for a rousing rendition of road trip anthem, ‘Drivin’ On 9’.

Jim’s requested some Pod tracks so we’re transported back to the ‘Glorious’ days and the melodious swing of ‘Fortunately Gone’ as Kim sweetly sings lyrics that are fit for a poetry anthology: “I wait for you in heaven on this perfect string of love and drink your soup of magpies in a pottery bowl”. Final soul to get a request is Mama Deal who taught the sisters to share so Kelley steps up for vocals of riff juggernaut, ‘I Just Want To Get Along’. It’s at this point the distinctive vocal feedback and distorted groans sound an alarm for the sucker punch of ‘Cannonball’, as we recall sticky club floors and sweet tasting spirits and mixers, hair flailing. But it’s not the last splash, yet.

The band’s version of The Beatles’ ‘Happiness Is A Warm Gun’ – first appearing on Pod –  slides in with its thundering ascents as Kim cries: “Mother Superior jump the gun”. The band usher Josephine to the mic for her first stint on lead vocals in new record number, ‘Megagoth’. This also signals a seismic shift in instruments as Wiggs now clutches the gold Les Paul and we find Deal back on the bass like she never went away. Because if Pod as an encore on the last tour was big, this is a ‘Gigantic‘ set closer as they plough into the Pixies track in all its thundering glory. A big, big love for a big, big Deal.

When she asks “Do you love me now?” in lilting encore rouser, it’s fair to say we never really stopped.