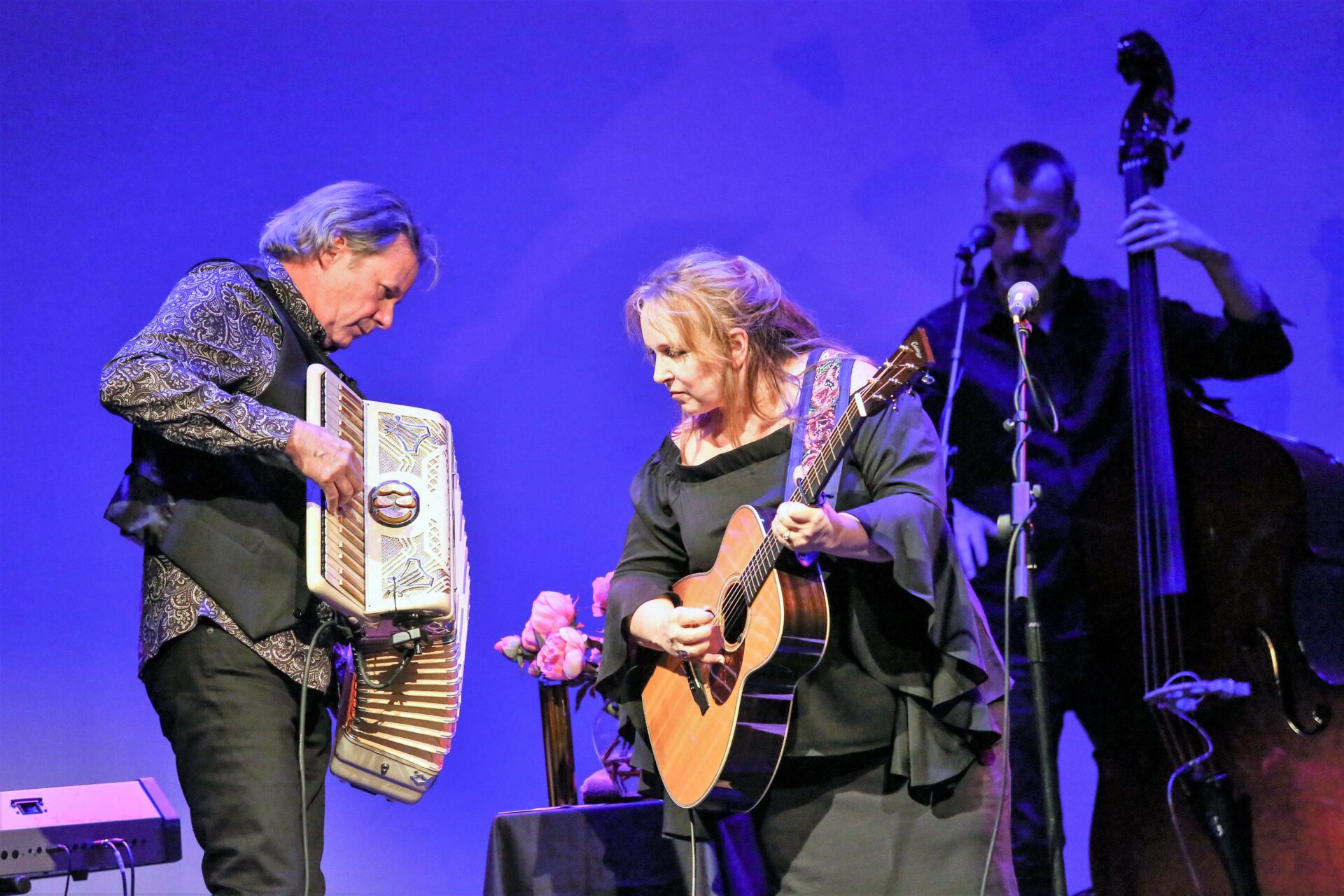 It does seem to be entirely fitting that the City Varieties is playing host to the Leeds’ leg of Gretchen Peters’ current tour of the UK. The building was, after all, built as a music hall in 1865 and has survived to this day having created in its long and illustrious history a noble legacy of live musical concerts, theatrical events and all-round family entertainment.

Gretchen Peters and Kim Richey – who is Peters’ very special guest on this 14-date tour – also come from the grandest of traditions. The two American musicians, both of whom now live in Nashville, Tennessee, are storytellers at heart. They each create potent narratives, drawn from their own personal experiences and which have love, the vagaries of the human condition, and the pursuit of truth and justice lying at their very core. They weave these often melancholic lyrical tales of quiet determination and survival over some of the most exquisite of melodic tapestries.

On the stroke of half-past-seven it is Richey who takes to the City Varieties’ stage first, treading those very same boards as great entertainers like Lily Langtry, Charlie Chaplin and Harry Houdini had done so many years before. Describing the venue as “the most beautiful place I have ever played in”, Richey’s performance does the old theatre proud. Opening with ‘Those Words We Said’, the first track from her self-titled debut 1995 album, Richey sets sail on an all-too-brief journey across some of her undoubtedly splendid back pages. Six songs later she has arrived at the majestic ‘Straight As The Crow Flies’, having stopped off on the way at her most recent release Edgeland from which she plays the powerful ‘Pin A Rose’ (co-written with former Green On Red trailblazer Chuck Prophet), the wistful reflections of ‘Chase Wild Horses’ and ‘Your Dear John’, with which she imbues a characteristic sadness and spirit. 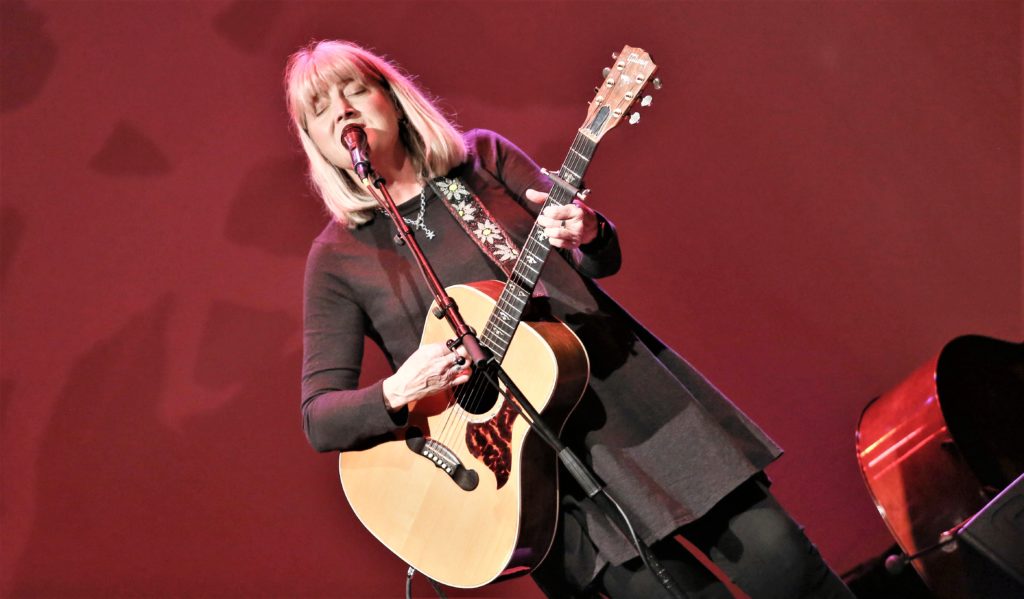 But Kim Richey’s night is not over yet. She returns a little later on to join Gretchen Peters and her band adding the most subtle of vocal harmonies to the Grammy-nominated singer-songwriter’s ‘Say Grace’ and the title track from Peters’ latest album ‘Dancing With The Beast’. Peters plays seven other songs from this album and their relative unfamiliarity does nothing to dilute their profound impact.

Continuing to deal with often difficult subject matters including prostitution, death, depression, and the ageing process as seen through the eyes of different female characters, Gretchen Peters’ performance is as powerful as it is poignant. Admirably supported and complemented by a stellar band comprising her musical and marital partner Barry Walsh on keyboards, bassist Conor McCreanor and badass guitarist Colm McLean (whose blistering solo on ‘Lowlands’ – one of many that he peels off tonight – is nothing less than astonishing), Peters invests these often harrowing tales with the greatest of humanity and a firm belief that love can still somehow conquer all.

Gretchen Peters is happy to be in this country, far away from the Presidential unpredictability and associated madness that currently taints her homeland. Reflecting upon what has elapsed since she was last here in the UK, she ruefully tells us “a lot has happened over there…none of it good”. And in that time her voice has lost none of its sharp political insight and edge as a dramatic, eloquent ‘Idlewild’ firmly attests in closing out her set.

Peters returns with her band and Kim Richey to belt out a playful cover of Mickey Newbury’s ‘Why You Been Gone So Long’ before stepping off the City Varieties’ stage to position herself right in front of the first row of the stalls. Unplugged and alone she delivers a really quite beautiful ‘Love That Makes a Cup Of Tea’. It concludes an outstanding show and one which you feel even the late Leonard Sachs – that gavel-wielding, alliterative compère of The Good Old Days, the BBC television programme which was recorded here all those years ago – would have most assuredly approved.