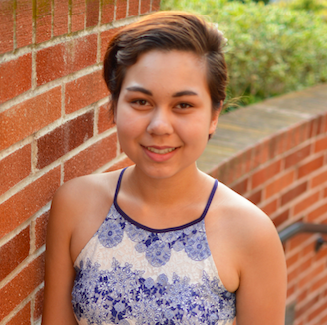 One of the most enriching, forward-thinking, fastest-growing online creative communities flourishing right now is the Poetry community, especially in those scenes that center on marginalized voices — Women, POC, Neurodivergent, and LGBTQ. Poetry Spotlight is a feature aiming to showcase the work of some of the most talented creators we’ve discovered making waves on the Internet literary circles, inside or outside the mainstream. In this installment, we focus on the work of Canadian writer Kanika Lawton.

Kanika is a writer, poet, and editor from Vancouver, British Columbia. She holds a Bachelor’s degree in Psychology with a Minor in Film Studies from the University of British Columbia, where she served as an editor with the UBC Undergraduate Film Student Association, and is an MA Candidate at the University of Toronto’s Cinema Studies Institute. She is the Editor-in-Chief of L’Éphémère Review and Social Media Manager of Rambutan Literary, a 2018 Porkbelly Press Micro Chapbook Series finalist, two-time 2018 Pushcart Prize nominee, and 2018 Pink Door Fellow. Her work has appeared in Ricepaper Magazine, Vagabond City Literary Journal, Hypertrophic Literary, and Longleaf Review, among others, and profiled in The Ellis Review and Horn & Ivory Zine. She is the author of Wildfire Heart (The Poetry Annals, 2018) and Loneliness, and Other Ways to Split a Body (Ghost City Press, 2018).

I Used To Live In The Stomach Of America

Upon viewing “Who Killed Liberty, Can You Hear That, It’s The Sound of Inevitability, The
Sound Of Your Death,” by Daniel Joseph Martinez, at the Museum of Contemporary Art, Los
Angeles, October 2017.

I used to live in the stomach of America,
sour the way I combed my damp hair.

I don’t know what happened;
green with greed and envy and

all the vomit pooling at our feet.
Emetophobia can’t mask this stench,

and xenophobia won’t stop the swimming
at your shore.

Nothing feels more like disembowelment
than twisting intestines into bowstrings

for hair I cut off with a butcher’s knife.
People say you have a man’s face,

my grandmother says I look like a boy now.
I didn’t want anyone to find me so I clung

to your insides so fiercely I left ulcers. It’s
been almost a year and it still feels like our

lungs are on fire. When I crawled out my hands
were stained with blood. I don’t think you

can blame me for that—
I never broke your heart.

You never drank the pineapple vodka
I bought for you that night, or gave me
anything that wasn’t attached to your
mouth.

or the I need you from the fuck you.

I never wanted to cry over you, but
we all have our late-night regrets.

it’s 2 a.m. he’s in northern california & i’m in vancouver, begging me to come back to la. he texts that he’s getting hard at the thought of me pinned against the wall. there’s a house down the road with our names tagged in black. inside the garage is a white car with our bodies lying across the driver’s seat. i’m straddling his lap while he pulls at my shirt with his teeth. he tells me he needs me & i say nothing. he tells me i can make it anywhere & i cover his mouth with my hand. there’s a house burning in the distance & it’s calling our names. it tells me to touch myself to the thought of someone loving me. i pull his head back. it tells me to keep going. i don’t. wake up.

stop imagining something better than this.

[“wyd?” is the closing poem in Kanika Lawton’s chapbook Loneliness, and Other Ways to Split a Body, released by Ghost City Press on June 12th, 2018. You can get it in its entirety following this link.]