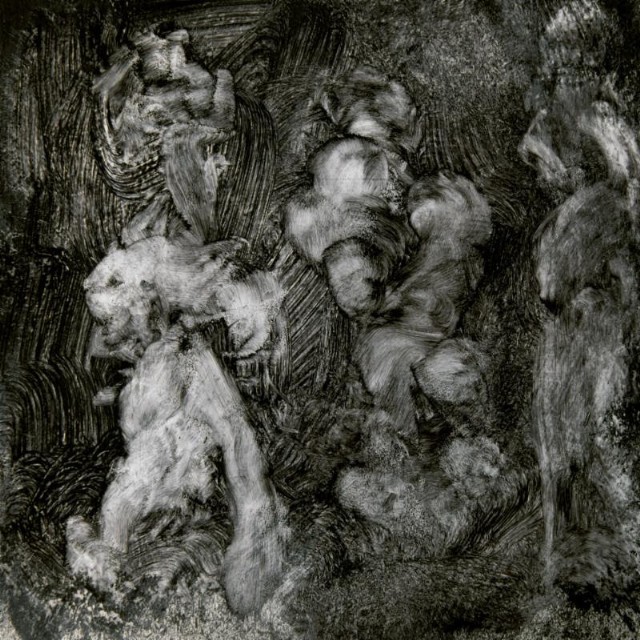 My world turns into a black and white film when I listen to Mark Lanegan and Duke Garwood’s latest collaboration, With Animals. I also develop an urge to smoke cigarettes in dive bars, even though I’ve only smoked for two seconds in my entire life – such is the effect of this excellently moody, sparse and spectral record.

The album’s film equivalent would be a noir set in hot, dusty American city streets, probably post apocalypse, but these unyielding musicians would be enduring. There’d be no need for dialogue, as the music alone emanates an abundance of atmosphere. And of course, it would take place entirely at night, as I suspect the duo always sound like darkness and midnight.

With Animals opens to track ‘Save Me,’ which sets the record’s lush gloomy tones. The track’s lyrics include: “Come on now, midnight children / Sing a dark harmony / Play it now, midnight people / Create your own alchemy.” Each sound is wrapped in its own space, working to deliver extra impact, whether layers of washed out guitars or hypnotic electronics. The vocals sound like a cocktail of ground gravel and whiskey, a recognisable and welcome Mark Lanegan tone, yet the overall style and pace of this album feels more consistently singular than some of his previous work. Each track is around three minutes long, with a slow, melodic rhythm.

Where their first release showcased Garwood’s guitar arrangements, their latest features tape loops, drum machines and a lo-fi eight-track recording sound that gives a distinctive appeal. In the last ten years, Duke Garwood and Mark Lanegan worked together on 2013’s Black Pudding, in addition to some of Lanegan’s solo work, with Garwood joining his band to tour Gargoyle in 2017. On this record, writing and recording was divided between studio collaboration and sharing music from Garwood’s home in London and Lanegan’s in Los Angeles.

Other tracks on With Animals include: Feast to Famine, My Shadow Life, Lonesome Infidel, Ghost Stories and Desert Song, song names which further highlight the record’s heat-baked, gothic feel. I’m still deciding, but the title track is my current stand out. It includes lyrics: “You’re a murderer, girl, you’re a murderer / You’re a sorcerer, girl, you are a sorcerer.” This is a magic album, and I am charmed.

With Animals is released on 24th August through Heavenly.