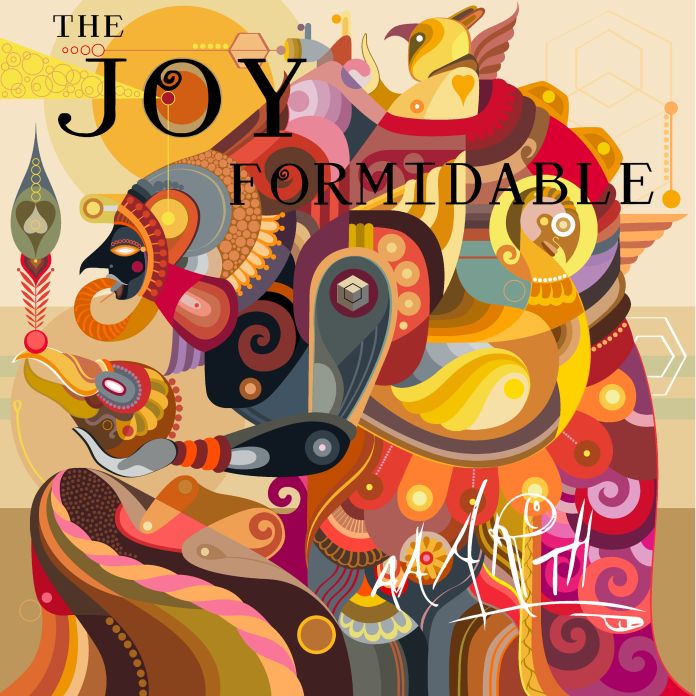 Wales’ finest, The Joy Formidable make a solid return to form on new album AAARTH. It’s their fifth and the band show no sign of slowing down. Taking their mobile recording studio around the world caused the band to see thing in a new way: “Those multi-coloured sunsets & the primeval elements of nature in the Southwest – it’s emboldened our imaginations in the songwriting and the production. I love stories and seeing symbolism and meaning change with different cultures and interpretations.”

The title comes from the Welsh word ‘arth’ meaning ‘bear’ and the album, from this, takes on the rugged strength of the animal. There’s a real primal spirit to singer Ritzy Bryan’s vocals, especially on tracks such as ‘Dance of the Lotus’. The spirit also echoes the time the band spent in America travelling around the canyon states.

‘Go Loving’ has some real guts behind it, continuing the primal feeling of AAARTH. The guitars drive the song, propelling it forward until Bryan’s vocals take over like calm in the storm. ‘All in All’ is a bittersweet lullaby, forming around warm, atmospheric vocals and gentle guitars, it’s a spine tingle inducing moment on the album as it builds into a bigger beast with a crashing crescendo whilst not losing its warm tingle.

‘What For’ howls into the abyss with riffs that at times feel a little overindulged when at full capacity. It is toned back down when an acoustic is introduced but soon rebuilds itself up as the final chorus sweeps in. ‘Absence’ is bold, taking a step away from the abrasive sound of the rest of AAARTH for the first two minutes, then taking in more electronic sounds, clashing with Bryan’s wispy vocals playing over them.

‘Dance of the Lotus’ is massive. Stomping and aggressive it demands full attention, full sounding bass and drums marking the song from the outset. It is described by Ritzy Bryan as: “It’s magical and lonely, like a night-time walk in the desert when you’re trying to escape from yourself and the chaos you’ve created.” The darker instrumentation dabbles with seduction and danger in equal measure.

Closing on ‘Caught on a Breeze’, the album isn’t short of experimentation. The opening funk turning into a jam session on the track. Ending on one of the strongest songs of the album sends AAARTH off as a battle cry. The album was written in the context of the 2016 Presidential elections so the battle cry rounds off the album and sums up the message concisely. Final lines “You’re caught on a breeze again/It’s taking you anywhere” is a warning against apathy in turbulent times.

AAARTH is feral. Unable to be tamed, it flows and it ebbs away as quickly as the sound came rushing in. No one could accuse The Joy Formidable of playing it safe, each of their albums have been something completely new. Talking about politics and about life and everything in between, the band don’t appear to be running out of ideas any time soon.

AAARTH is out now on Hassle Records.