“Bono is a self-righteous prick and U2 haven’t released anything good since 1980/1983/1991 (delete as appropriate)” – Everyone you know, every time you mention the band’s name.

Baaaa. That’s the sound of the sheep being led by Napoleon the pig in ‘Animal Farm‘. It’s the sound of Pavlov’s dog salivating at the ring of a bell. It’s the sound of Lenny trusting his brother George beyond reasonable doubt in Steinbeck’s classic novel Of Mice and Men. But is it true? Really? Is it really true?

I’ve been called ‘self-righteous’ before, myself. More than once in fact. Normally it goes like this: person asks me why I am vegan, I reply that meat and dairy is unnecessary, that those industries are evil and cruel beyond belief, and that they, more than anything else, are destroying our planet at an alarming rate, something that has been proved, scientifically, many times over. But instead of questioning their own eating habits, they turn it on me and shriek “but you use a car for work! Your carbon footprint is just as bad! In fact, you’re probably even worse!”

But I digress. What I’m trying to say here is that regardless of whether U2 use a private jet or not to tour the world (one of their most recurring criticisms), it doesn’t make Bono’s many humanitarian speeches/rants – call them what you will – any less tenable. For the most part, he’s been absolutely spot on. And as for the idea that U2 haven’t made a good record for over 20 years, well, tonight serves as testament to the fact that the ‘second half’ of their career has unearthed many gems, as well as consolidating earlier glories as 24 carat gold. 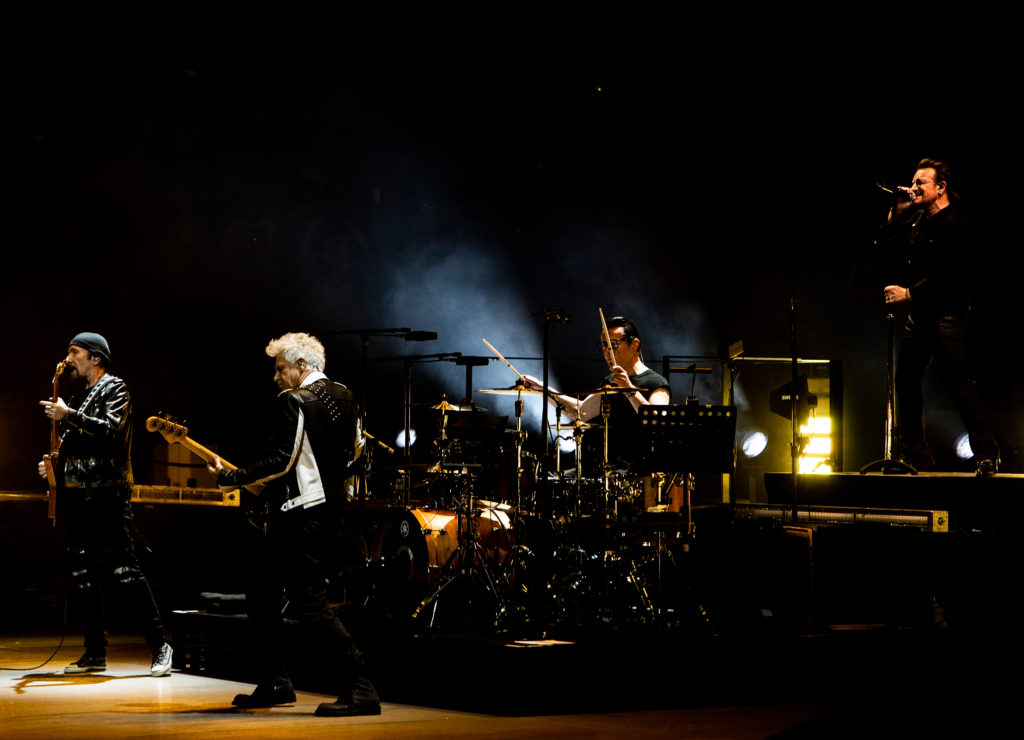 There is no support act tonight. There are no falafel and spinach burgers left either, despite my relatively early arrival, and if you don’t like Arcade Fire, you’re pretty much bollocksed in terms of pre-show entertainment, as they seem to be on loop for a good hour before we briefly get the odd track by Siouxsie and The Banshees and The Cure. Granted, you could always play a game of ‘Spot The Under 50s’ to pass the time, though it would be a long, slow process.

Eventually, the show starts with a fuzzy screen (“like watching Channel 4 in the eighties“, I overheard a fellow reveller comment), followed by a rousing speech about the greed of man and how we all need to unite as one. I was racking my brains trying to think which historical figure this remarkable oration was attributed to, to no avail, but then it all became clear as Charlie Chaplin‘s face appeared on screen from the finale of The Great Dictator. It was a splendidly poignant way to begin, and all too relevant even today.

Starting with a couple of nice tunes from their recent Songs Of Experience album, most notably the stirring ‘Lights Of Home‘, proceedings then pick up quite spectacularly with early singles ‘I Will Follow‘ and ‘Gloria‘, before the gleefully buoyant ‘Beautiful Day‘ further enhances everybody else’s, a real party atmosphere ensuing from this point on. 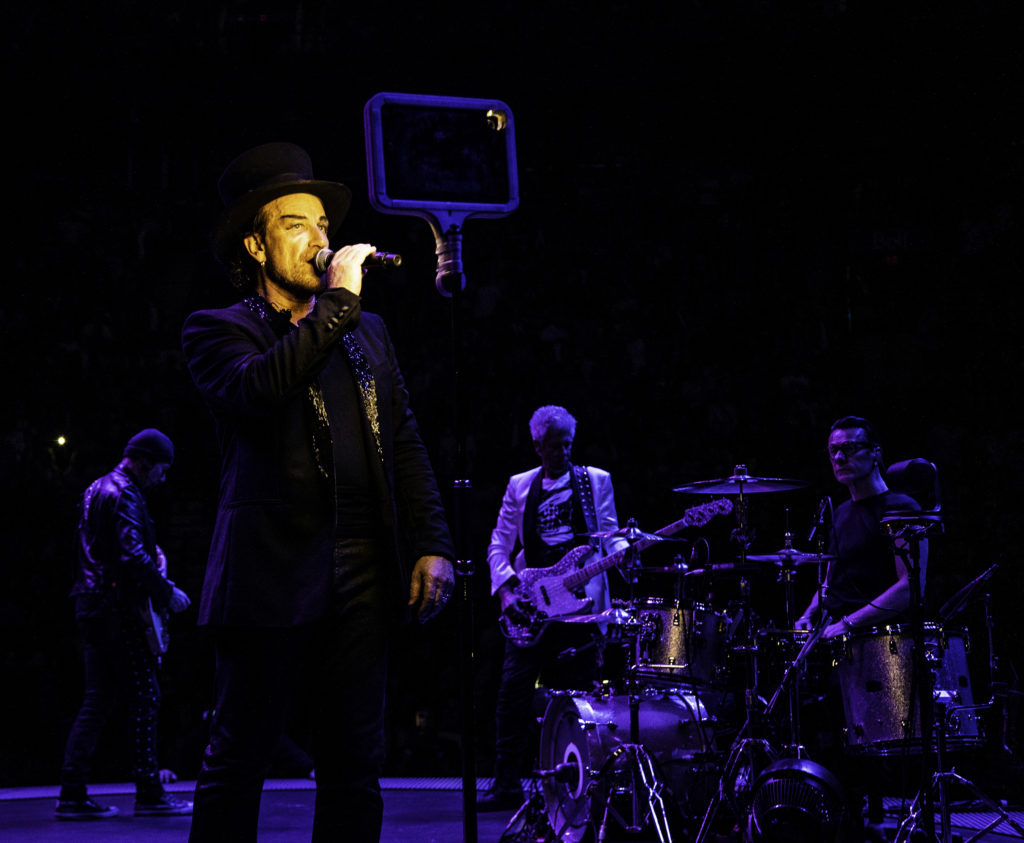 That’s not to say everyone would have left feeling fulfilled. Fans of The Joshua Tree, in particular, would have been dismayed that not one single track from it was performed, and, while I was applauding loudly and appreciatively, there was a noticeable, uncomfortable silence in some quarters when the band flew the EU banner with pride (pun intended) during ‘New Year’s Day‘, Bono waxing lyrical on what a crying shame it was that things had come to such a head. There wasn’t much there to get the Euro-skeptics blood boiling though, as the frontman cleverly articulated it in such a way that it would barely register on the antagonism scale, pointing the finger of blame at no-one.

The rest of the show was heavily weighted with material from both Achtung Baby and the most recent long player, those two albums alone accounting for around half the set. But that’s the beauty of a band with such history and such an enviable discography – I barely even noticed the absence of The Joshua Tree until I’d reached my hotel room half an hour after the show.

It was fascinating, and entertaining, as Bono regaled us with tales throughout the band’s history – this is the eXPERIENCE + INNOCENCE tour after all – even hitting upon the ‘self righteous’ tag I alluded to earlier at one point: “there WAS a stage where the fame probably went to our heads a bit too much,” he admits, leading to a story about how he was tapped on the shoulder and informed “you’re not a rock star, you’re little Paul from Cedarwood Road” to bring him crashing back down to earth. 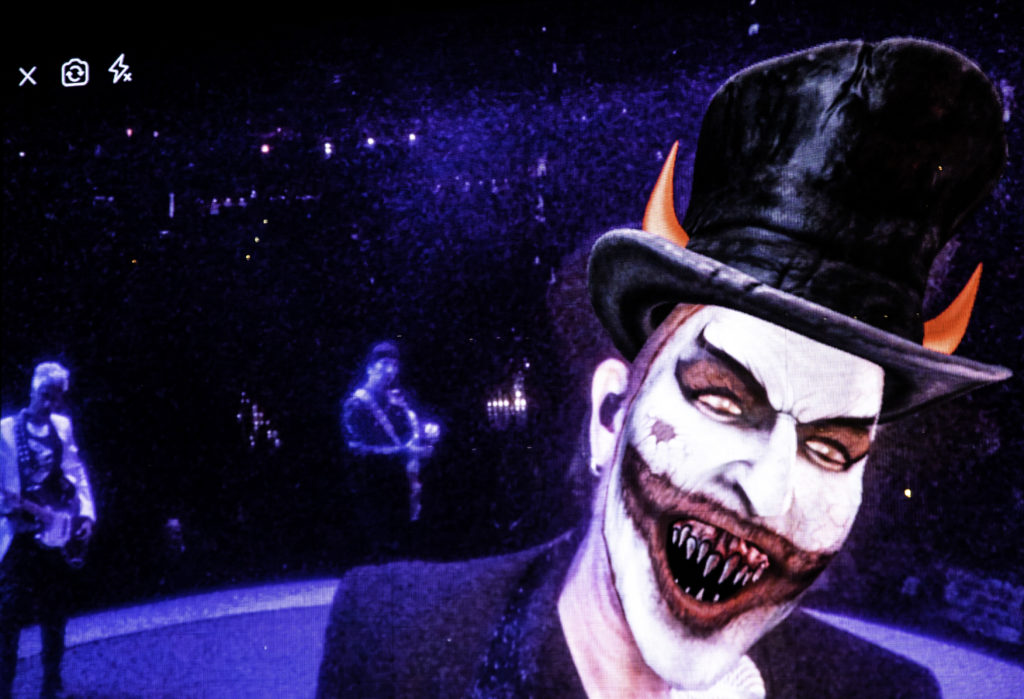 Longstanding fans would have lapped up the return of alter ego Mr MacPhisto and his evil ways, and the surprise element of The Edge and Adam Clayton seeming to materialise suddenly amongst random sections of the audience, not to mention the phenomenal amount of work that had been put into the animated messages on the big screen, but for me the pinnacle was those Achtung Baby numbers being given a new lease of life – ‘The Fly‘ in particular was quite dazzling, and the perhaps lesser known ‘Acrobat‘ just jaw-droppingly dramatic and intense.

By the time the band had navigated their way through richly alluring encores of ‘One‘ and Ivor Cutler‘s ‘Women Of The World‘, quite honestly I felt so satisfied that I wouldn’t have minded if the band had chosen to cover ‘Agadoo‘ as their finale, but of course this is Manchester Arena, where the lives of mere children and other innocents were so cruelly taken in May last year, so this space is eloquently filled by the pathos of ‘13 (There Is A Light)‘ which sends us all home not with a spring in our step, but certainly food for thought. Truth is, there probably wasn’t any other way they could have possibly ended it.

This was a stunning show from a band who are STILL one of the most vital live acts on the circuit, even after all these years. 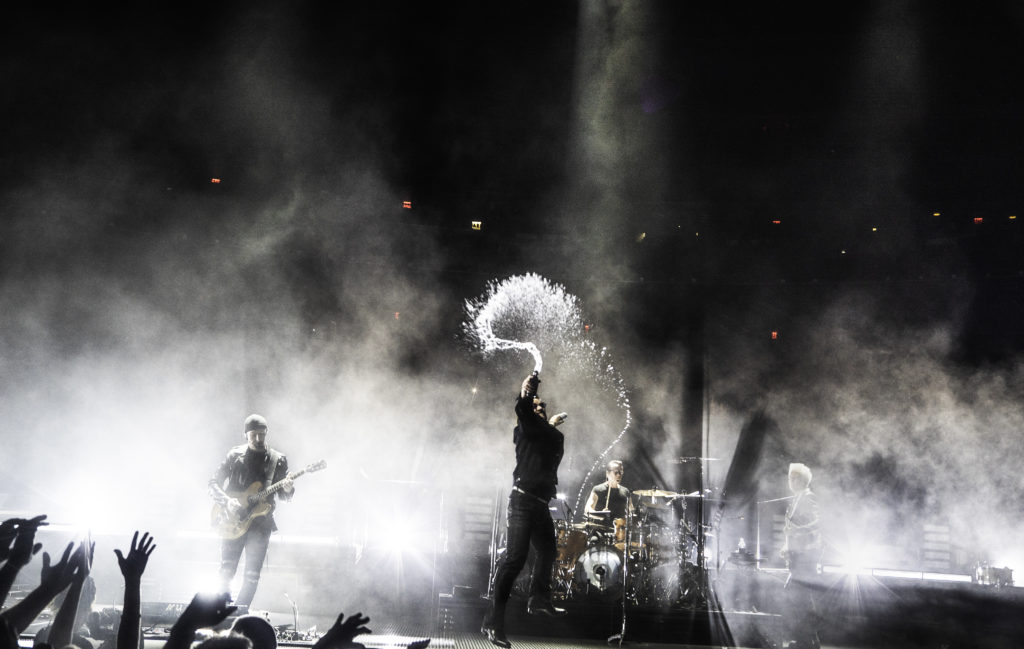