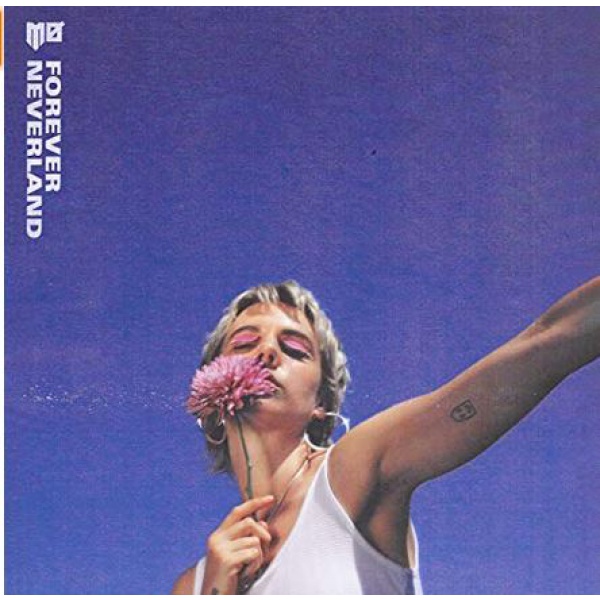 “This is what I wanted all my life. No one can take it, no. Pour me all the wine and let me picture that I made it, oh. This is what a universal fairytale is made of. Sugar in my veins“, sings Karen Marie Aagaard Ørsted Andersen a.k.a MØ rather proudly on opening track ‘Intro’.

The Dane has much to celebrate. Her music career has been completely transformed in the last four years, since she collaborated with Diplo and Major Lazer on the 2015 mega moombahton hit ‘Lean On’. A record breaking continent-crossing fusion anthem. The consequence is that she’s become an in-demand artist, collaborating with a long list of stars including Justin Bieber, SOPHIE, Cashmere Cat, Ariana Grande and Iggy Azalea. After she idolized the fame of The Spice Girls in her youth, it’s hard to not feel happy for her reaching a good level success and as the aforementioned lyrics suggest and she is revelling in it.

Unfortunately for fans of MØ’s debut record No Mythologies Left To Follow, it’s not just her popularity that’s evolved but also her production, music and identity. Her first record was an example of bedroom pop music. The vocals for the album were recorded in her bedroom and the first video for single ‘Pilgrim’ had a quirky and charming D-I-Y aesthetic, with borrowed video clips juxtaposed with MØ singing enthusiastically with headphones on. The eclectic electro pop within the album was playful and full of carefree personality and impulsive experimentation.

MØ also had idiosyncratic features in her production, such as her hiccupping yells, echoed and slurring vocals, colourful electro layers and edgy off-kilter beats and tricks. Every track was different and yet contained her own distinctive character, making the album about youth, expectations and insecurity never boring and rather fun.

However, now she is out of the confinements of the bedroom and reached a level of success that she never would have dreamed of, this personality has been scarified somewhat. MØ’s long-awaited second release Forever Neverland is disappointingly the opposite to her debut in many ways.

Firstly, it contains a lot of collaborators and producers, examples being MNEK, Frank Dukes, Diplo, to Charlie XCX, to Empress Of. Having this many meddling hands isn’t usually good, and can take a lot of the control of her own sound and identity away.

Secondly, it is very chart-friendly to the point of over-production. Her vocals being multiplied and coated with so many effects that they take away any character they used had to have – the best example of this on ‘Blur’. The vocals are polished so much they could be sung by anyone from Taylor Swift to Carly Rae Jepsen.

Thirdly, the songs are so short and similar that they just simply pass by without sounding particularly distinguishable from each other, and what doesn’t help is that the album doesn’t really have an overarching theme that makes them interesting either. Forever Neverlandsounds just like a collection of dance tunes of banal overused lyrics about break-ups with random expletives and references to Hollywood. The lyrics are also pretty poor more often than not: “And baby I’m burning for you. It’s like a forest fire” (‘Beautiful Wreck;) and “feeling like a loose leaf stuck on a tree,” (‘Red Wine’) are some examples.

MØ has stated that there is inspiration from Peter Pan in the album’s concept, hence the title, but this is merely evident on the finale ‘Purple Like Summer Rain’ – one of the only real highlights of the record – as she speaks about being wishing to return to her youth: “To be a child again. To not have to worry. About the responsibilities of adulthood”.

It has a soothing Hawaiian atmosphere and a charming impulsive humour to her speech. Other rare moments of goodness are on ‘Nostalgia’ where she reminisces about her first traumatic love experience and  has an accent similar to SoKo and the simplistic ballad ”Trying To Be Good’ which has moments of the old style of MØ’s singing.

With all the fame and success MØ has more tools now to be who she wants to be. It’s a shame that she has lost a lot of her previous character but admittedly, we all know that musicians can dramatically evolve and change, lest everything else does.