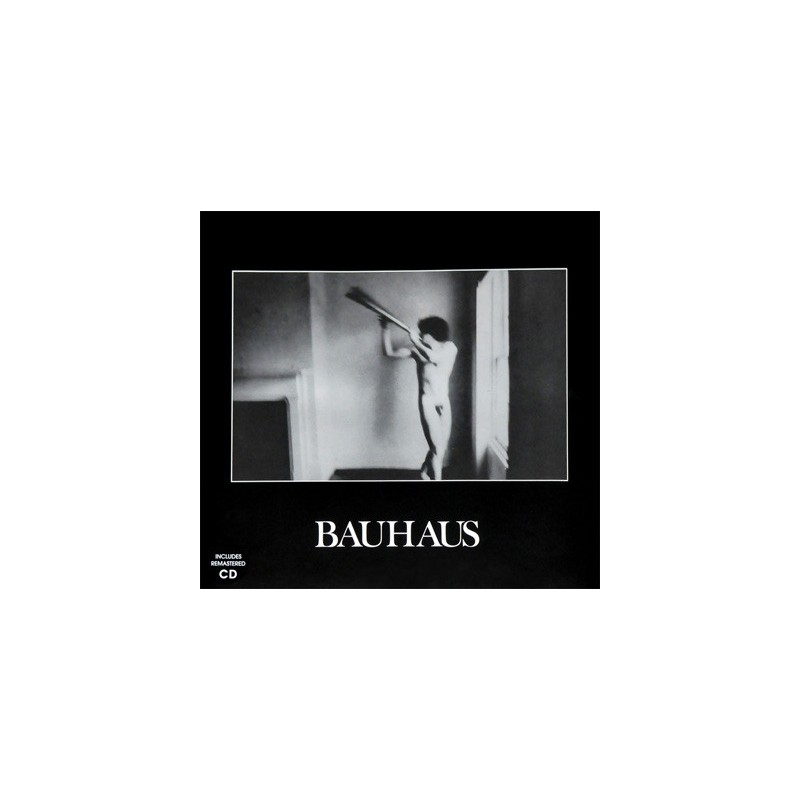 In November 1980 a band from Northampton, England rewrote history and started a movement that was to go worldwide, let alone touch this county town in the East of England. The band in question was Bauhaus, featuring musicians Pete Murphy (on vocals) Daniel Ash (guitar), David J (bass) and his younger brother Kevin Haskins (drums). The album they started recording in December of the previous year, In The Flat Field, was considered one of the first Gothic Rock records and apparently made them “the founding fathers of goth”; well they were there first.

It was Ash who was at first the driving factor behind the band, named after the German design movement of the early 20th Century, and after several failed bands, finally persuaded old school friend, Murphy (then working in a printing factory in Northampton) to join the band simply because Ash considered Murphy to have the “right look”. And how right he was!

This 9 track album would feature black and white artwork displaying a homage to Purvis de Charannes by Duanne Michals (an American Photographer) born in 1932, somewhat abstract imagery for the time, but considering its use, an entirely relevant one. In fact I associate this with a darker influence and I can’t be the only one?

So onto the album itself, mastered from HD audio files, transferred from the original tapes. Quite how this differs from the re-mastered version bought for my birthday, probably 10 or so years ago, by this publication’s “albums editor”, it’s difficult to judge, but this was done to mark the band’s 40th anniversary since their formation and is released in a limited form on coloured vinyl.

Opening the album is a macabre tale of what I might assume is a child’s game of Double Dare, at the time full of innocence, but with my adult head on these shoulders and having seen far too many tales of murder and intrigue, is a very dark story if you tune into both these feelings. 40 years later I just hope the protagonist went on to be ok. The album’s title track follows and In The Flat Field might be Murphy singing of a holiday spent in Norfolk! But this is said with tongue firmly in cheek, as alas reading the lyrics the truth is far more odorous, a dark teenage dream perhaps? As fast paced rhythm keeps this number lifted, a melody like a bandsaw cuts through the structure of the song. To follow, God In An Alcove is a religiously laden number, telling of the myths and self proclamation of those who preach. Again Murphy spits this tale of mistold divinity and its perpetrators over Ash’s cutting guitar.

We’re nearly halfway, Haskins ramps up the pace, playing the hi-hat until it bleeds, as Murphy continues to wail, banshee like, over all accompaniments on ‘Dive‘, then into the augmented chords of ‘Spy In The Cab‘; it’s like listening to rock music played on elastic bands, while watching a black and white film of Michael Caine playing Harry Palmer,

So that’s one-side of the album and as the beats still cast their pattern into my soul, I’m left wondering what will come next? Well I would have done, had I not already been familiar with the album and known what exactly is coming next, as still further cutting guitar, tom-tom and yet more of Murphy’s unique vocal spins another school-yard yarn in the shape of ‘Small Talk Stinks‘, as sound effects from a bygone-era cartoon play-out. ‘St. Vitus Dance‘ brings us back to another episode of dark religious history, as the story of the Sicilian Saint, who died as a martyr, persecuted by the Romans, is elicited. Or at least that is what you might think – that Murphy is sitting us down for another history lesson. But what is in fact the truth is a narrative of extreme gymnastics, undergone with mechanical assistance – well drugs are certainly not involved! All that comes to my mind is the Rocky Horror Picture Show and when you realise this, any darker intent that today’s Goths might try to throw in their way becomes just absurd! You can breathe easy now.

And so to the penultimate number, this time ‘Stigmata Martyr‘ sears through the speakers, an aura of menace still close at hand, as a twisted fable is told, beneath riding bassline and hi-hat, as a caterwauling guitar cuts through any peace you might seek to find. Murphy now chants in latin “…In nomine patri et filii et spiriti sanctum…”, over and over until the track plays out. Definitely now seeking peace we sink into the metallic chords of the final track ‘Nerves‘. An uneasy musical canvas of tippy-tappy is played to piano (in-tune this time), as Murphy cries out “Nerves like nylon, Nerves like steel…” and now we know what the author’s pain feels like.

Well, this was where it all started, 40 years of the gothic musician, and it ends as abruptly as it started. From here Pete’s striking pose proved all too much to ignore.

In The Flat Field is reissued through Beggars Arkive on 26th October.

1 thought on “Bauhaus – In The Flat Field (Beggars Arkive)”