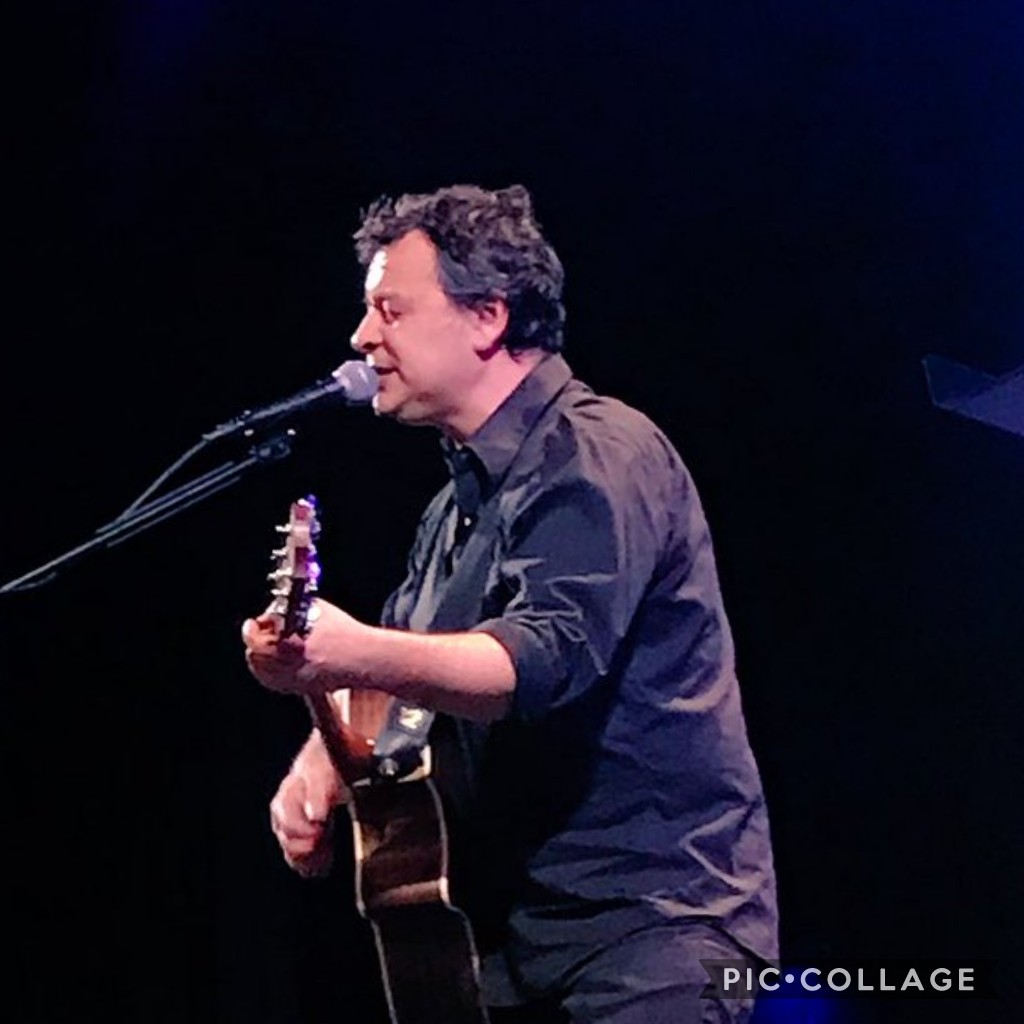 It’s fair to say that the walls of Newbridge Memorial Hall hold a million memories. Ask any local in the small Welsh valleys town and they will have many a story to tell – weddings, famous bands, fights, parties, the Memo has hosted it all. For former barman and Manic Street Preachers frontman James Dean Bradfield, this place certainly feels like home.

In a fundraising night in aid of Velindre Cancer Centre, James emerges on stage for one of the most stripped back performances of his career, with his voice and a small selection of his guitars the only apparatus of the evening. He greets the audience with a promise of something different; some classics, a few curiosities and a little bit of tack.

Launching into the set with a lively rendition of ‘Everything Must Go’, the classics get the audience warmed up. The customary ‘If You Tolerate This Your Children Will Be Next’ audience sing-along is gratefully appreciated by the Manic, who fully encourages the crowd to “rip your throats to pieces like I’ve been doing for you all these years!” We are then treated to a slightly showboating rendition of ‘Motorcycle Emptiness’, with James’ face the picture of concentration as he nails the tricky solos during the only outing of his electric guitar this evening, after imploring the audience to “use your imagination during this one”. His experimental gamble certainly pays off.

Throughout the night James fondly recalls his days as an employee of the Memo in the late 80s: the blues nights, wedding receptions and the infamous grab-a-granny Tuesdays. Recalling one particular Saturday night, he explains how he asked the resident DJ to play the Manics’ first-ever single, Suicide Alley, which led to a lot of confused punters asking what the fuck they had just heard. He chuckles to himself before delighting the room by giving the song a rare outing during the casual yet somehow frenetic set.

The delivery of the promised tackiness arrives and provides a heavy echo of somewhat bewildered delight as James quips he can do what he likes as bandmates Nicky and Sean aren’t around for him to embarrass, before launching into ‘Build Me Up Buttercup’. Being December, the inevitable cover of Wham’s ‘Last Christmas’ follows and goes down like a sweet mulled wine as euphoric concertgoers chant along.

To conclude the festivities, James throws it open to the audience for song requests, and quite humorously receives a barrage of suggestions covering most of the band’s 30-year career. Finally managing to deflect the ludicrous, he decides on a blistering ‘You Love Us’, before finishing the show with his go-to Welsh venue classic ‘Can’t Take My Eyes Off You’. The splendour of the art-deco auditorium still buzzing with excitement, James exits the stage as the audience vacate in elation.