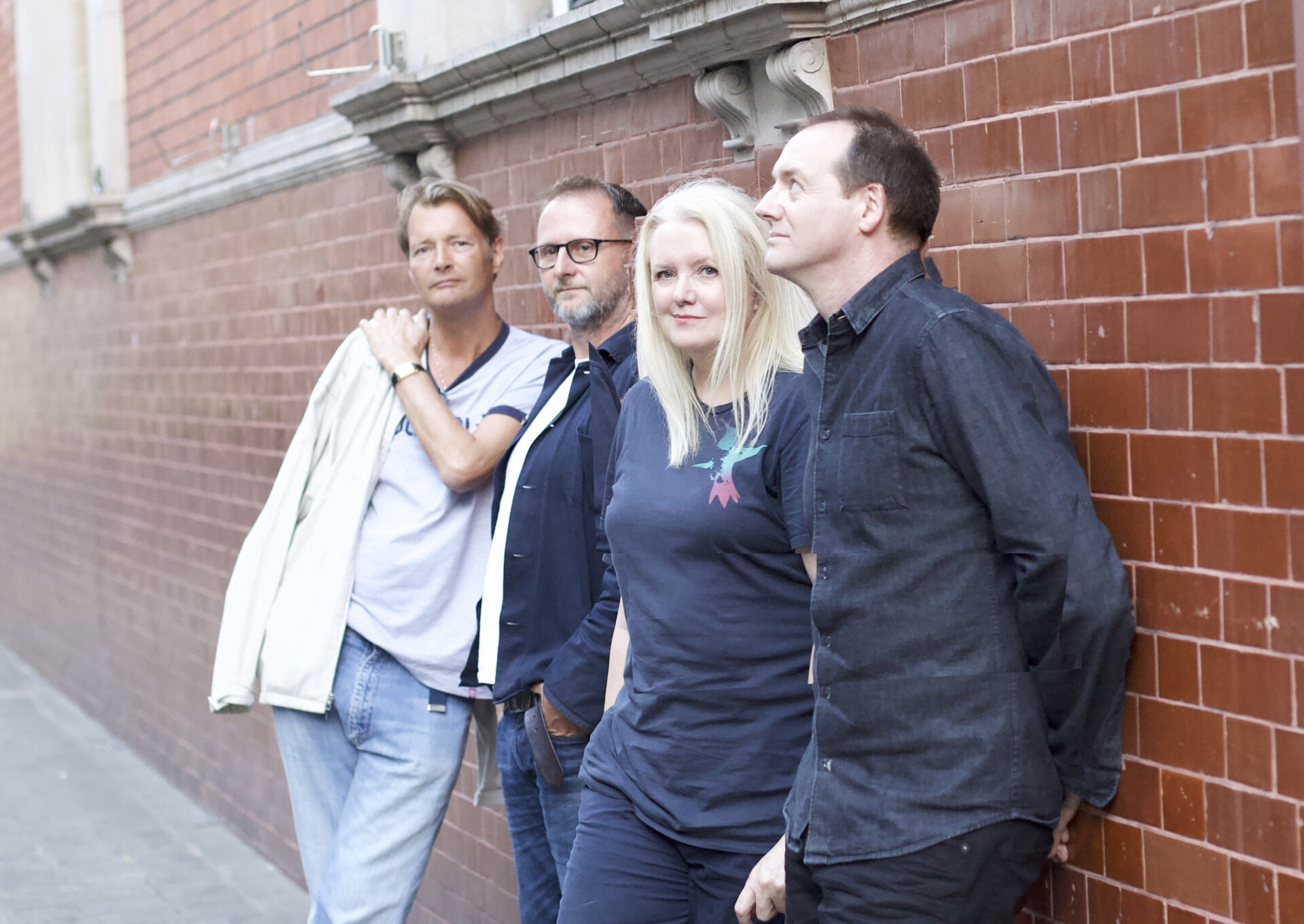 It’s been 12 years since the last R.O.C. album, but from the sneak previews that have leaked out so far, ‘Bile & Celestial Beauty’ looks like it’ll be worth every minute of the wait.

‘Think Again’ comes hot on the heels of the superb ‘Chateau Marmont’, teased along by a bumper- bumping rhythm that is half Roots Manuva‘s ‘Witness The Fitness’ and half ‘Blindness’ by The Fall. That had a spooky, decadent but sweet pop feel, voiced by one of the band’s two singers, Karen Sheridan, ‘Think Again‘, which sees her counterpart Fred Browning take the helm, is an altogether more vicious and tortured affair. Weird electronics and twisted guitars intertwine over a fierce percussive pummeling, with Browning launching into an existential howl of doubt and self-recrimination.

Asked for further explanation, the band said the track concerned: “the insanity of reincarnation and reproduction, nature’s dirty little trick, dating apps, global finance, the absurdity of Beckett, Brexit.” Fred Browning himself, meanwhile, directed us to the words of ‘Fight Club’ author Chuck Palahniuk: “I’m trying to make order out of chaos, trying to find some way of rationalising the horrific things that people do or the way the world is.”

Enlisted by the band to create videos for practically the whole of the ‘Bile & Celestial Beauty’, Ukranian director Oleg Rooz is responsible for the ultra vivid acid trip of a promo, following on from his high profile work for Enter Shikari, Dillinger Escape Plan, Suicidal Tendencies and Gogol Bordello.

R.O.C’s ‘Think Again’ is available to stream and download through the rocmusic label on February 15, with the Bile & Celestial Beauty album due on March 29.