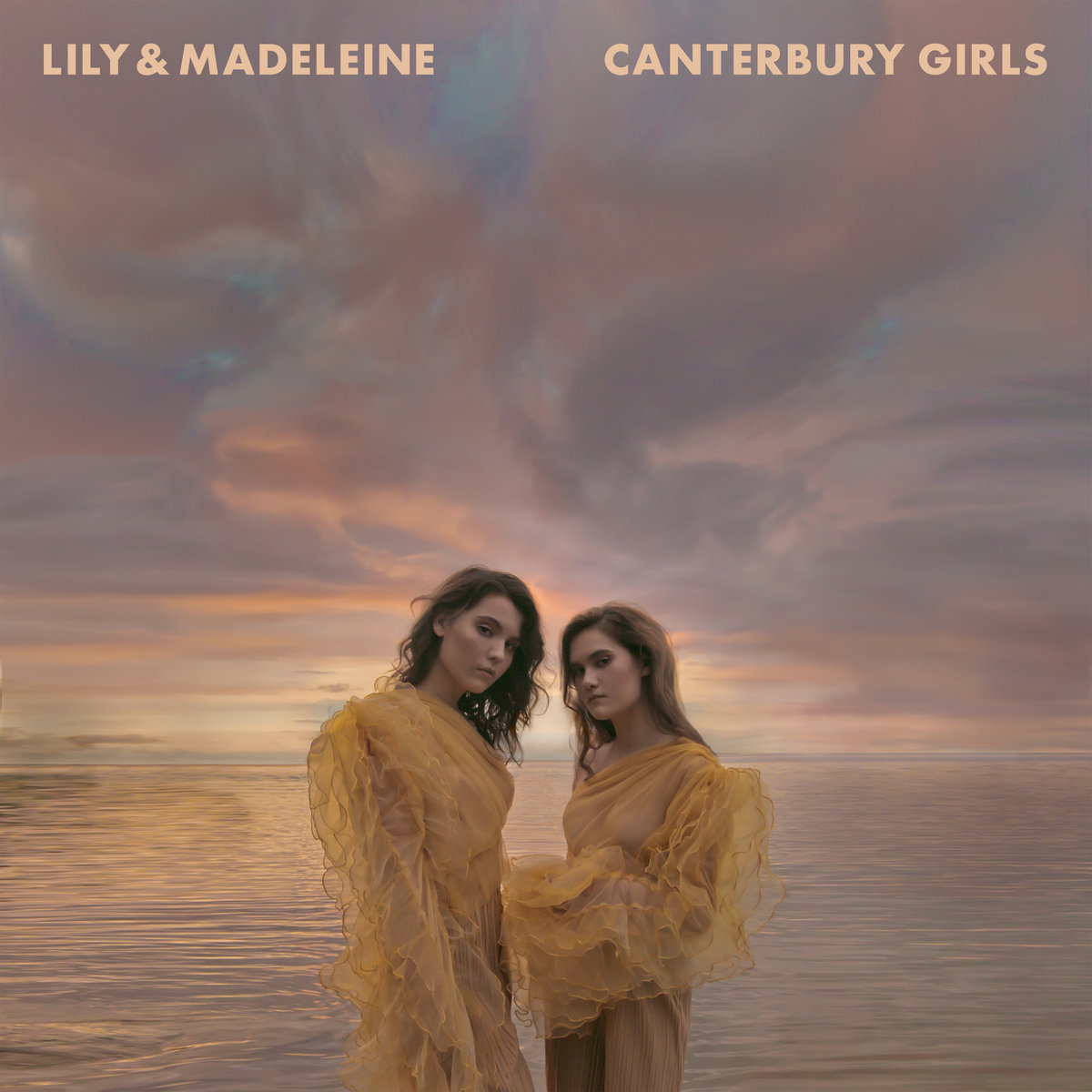 Perseverance is a tricky emotional state to accomplish but music is often an advantageous tool in helping to achieve this. Named after their local Canterbury Park in Indianapolis rather than the cathedral city in southeast England, Canterbury Girls is the fourth album from American twenty-something sister duo Lily & Madeleine Jurkiewicz. Its ten songs promote self-worth and endurance through hardship.

Opening track ‘Self Care’  is not the most interesting track musically but it spearheads the concept of the record well. The piano-led track – one of two tracks which recall Emeli Sandé along with the self-motivating ‘Just Do It’ – is about breaking the damaging habit of placing others on top of the importance pedestal before yourself. The narrator of the song has recently realised that they no longer have strong feelings for their partner and are simply dragging the relationship along out of empathy. The lines: “Who the hell I think I am. Your beautiful eyes are sad and scared. But I can’t make myself care” and “where will I find the answer to what you’re dying to know? Am I wasting your time?” reflect this well.

‘Supernatural Sadness’ conveys a similar urge-for-detachment message but packages this in a more memorable 1970’s laid back soft rock music style and a more imaginative prose. Madeleine was in a toxic relationship with a melancholic person whilst relocating in New York from Indianapolis and the song compares her predicament to being possessed by a mood-leaching parasite. She attempts to break free, as suggested by the: “Heavenly host, body’s a ghost. Isn’t it nice not to feel?”

On one of the most enjoyable tracks on the record ‘Pachinko Song’, the narrator goes one step further by travelling across to the other side of the world to escape a bad influence. A running-machine beat and a Hall & Oates sparkle accompany a story about a woman who “ran through Tokyo hoping to find a place where only I could be (alone)“, but she still can’t hide from her ex-lover’s presence. Pachinko is named after a type of gambling slot machine in Japan and the song is destined to have a great music video accompaniment.

Another piano-track ‘Bruises’ is about persevering with the idea that the emotionally-damaged can have successful relationships in the future and not letting emotional scars hinder this possibility. It has a pleasant nocturnal sombre to it that’s similar to London Grammar as Madeleine expresses her concern: “Looking at my skin, I don’t know where to begin. Can you feel the fingerprints? Bruises don’t convey it in, even run they fade it. They’ve been here ever since.” Furthermore, ‘Analog Love’ – a track that re-captures Lily & Madeleine’s original uncomplicated folk sound from their debut – has lyrics that display the yearning for an uncomplicated relationship. Its lyrics feel like the most genuine because they are born out of the obstacles faced when dating musicians that are always on tour.

Musically, the best track on Canterbury Girls is ‘Can’t Help The Way I Feel’. Although lyrically it lacks depth and is the one of their most straightforward pieces of songwriting, it demonstrates an ambitious leap for Lily & Madeleine vocally and composition style as it sounds like a modern version of popular 60’s girl group The Shangri-Las with its tambourine-shaking, hand clapping and hypnotic psychedelic organ instrumentation. An absolute treat for the ears.

Overall Canterbury Girls has a good balance of Lily & Madeleine’s old style of transparent folk and their new variety of production decisions and conveys its message well of never giving up and always looking after number 1.

Canterbury Girls is released on 22nd February through New West.