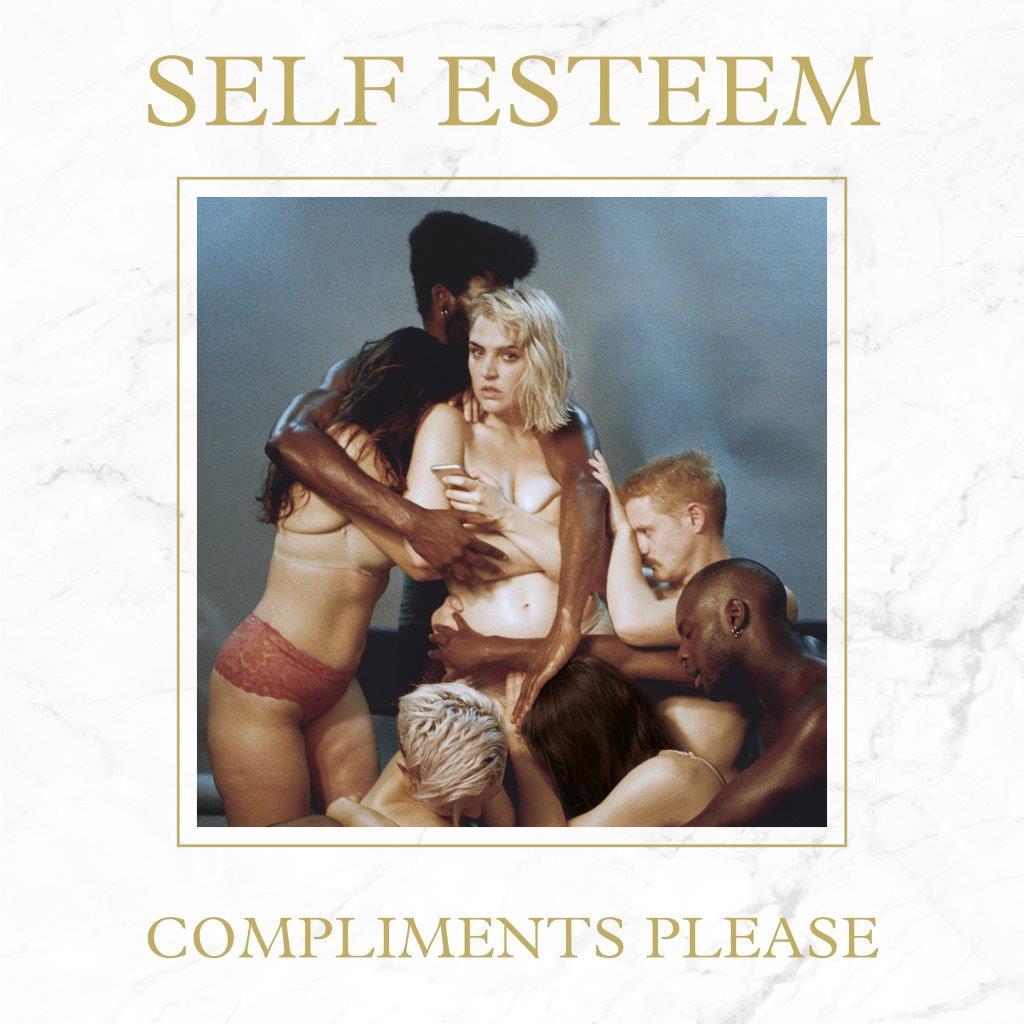 Self Esteem started as a bit of a joke, an Instagram alt for Rebecca Taylor to post screenshots of vignettes written in her Notes app or pictures of her snogging Kermit the Frog. As one half of Slow Club she’s arguably one of the best voices in indie rock in the last ten years, each album better than the last even as the songs seem to be more individually focused , written from either Taylor or bandmate Charles Watson’s viewpoint. Where his songs were lower key, west coast folk rock, Taylor’s were heart-bursting soul powerhouses. At gigs this split was more pronounced; at full band shows they both had solo moments in the spotlight, when they played as a duo they took it turns to swap songs, spending as much time sat at the side of the stage as they did spilling their hearts at the front of it. All the while Taylor was listening pretty much exclusively to pop music; Kanye West, Destiny’s Child, Little Mix, not the Bright Eyes that they bonded over when they started the band a decade earlier.

Compliments Please begins with a voice memo recorded in a taxi while on tour with Slow Club, a monologue about the difficulty of being in a band and dialling back your ideas, not being too much. Taylor says that many of the songs for the record came from “just banging on a table… all a capella, then I would just harmonise with that”. ‘Steady I Stand’ almost uses her voice as percussion, spitting out the chorus of “Still steady I stand” like each work is a hi-hat hit. ‘Girl Crush’ is barely more than a collection of percussion and a couple of loops. The brilliant ‘Actors’ is just a clapped rhythm and choirs of vocals. For it to be then followed by the ray-gun synth and plucked funk guitar of ‘Wrestling’ just shows the bold creativity at the heart of the record — literally at the heart of the track listing, forming a stunning triptych with ‘Monster’‘s pop perfection, Taylor alternating between letting rip with her vocals and layering up the harmonies.

At 16 tracks there’s some filler but even with three interludes, Compliments Please is stunning. They serve to add drama and split the record into three acts: the opening and most direct third, a statement of intent. The second, the experimental phase. The third and final act is a wind-down for the album. ‘She Reigns’ stretches out from barely there into an unexpected Prince-aping guitar solo. It’s followed by penultimate track, single ‘Rollout’‘s pounding lament for “What I might have achieved if I wasn’t trying to please”. It all leads to the almost shocking final track ‘On the Edge of Another One’, Taylor’s vocal pitch-shifted so as to be utterly androgynous, singing a simple folk melody, recorded so simply with the memory of a guitar part and slight thump of a kick drum giving it the air of a lost standard. The closing lines show that she might have found her pop calling, but she certainly hasn’t lost her ability to cut deep into your soul: “You don’t know me but how could you? You don’t like me and why would you?”