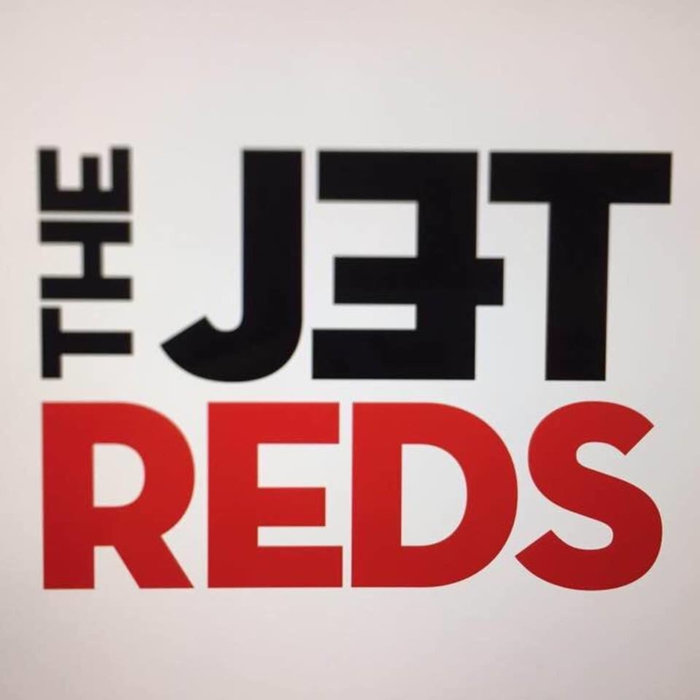 As a teenager in the 90s I never thought I would dread its musical revival so much. Perhaps partly because I never dreamt that of all the great bands (yes, for all Britpop’s overblown pomp it did throw up some great bands) we would still be subject to releases from Kasabian, Liam Gallagher and ‘Mad’ Richard Ashcroft while a slew of copycat fakers salivated over their every word, trotting out the same tired influences and forced cockiness like they were the first people in the world to discover the Small Faces, T Rex or ‘Rain’ by The Beatles. I never imagined I would fear the return of loose-cut jeans, oversized shades and hair in front of ears; or the prospect of the lads from the football turning up at gigs again. When Colin Bond expertly and beautifully critiqued Britpop via his recent The Good, The Bad & The Queen review he also laid bare a dystopia where Damon Albarn is the last man standing with any credibility. Step forward The Jet Reds whose What We’re Looking For debut is the sort of paradoxically good-time, rock and roll soundtrack to Brexit, for fans of The Sherlocks, The Spitfires and any of the other troublingly named neo-mod guitar bands you may care to call to mind, which this dystopia seemingly breeds for fun. Those that remember a brief period before Britpop, generically known as the retro scene, will remember bands like Whiteout and Heavy Stereo who were as much concerned with their deadstock Adidas and feather-cuts as with the music.

At its best What We’re Looking For rides a similar (nostalgic) wave of the euphoric youthfulness Britpop flew in on, with that defiance in the face of the grunge takeover replaced by an ignorance of the current political climate to sing songs about girls and growing up, with pseudo-aggressive titles such as ‘Unpredictable’ and ‘Where The Sun Don’t Shine’. But, for all its textbook posturing What We’re Looking For does have moments of honest-to-goodness ear candy borrowing heavily from underrated also-rans like the Real People and Puressence, so the aforementioned openers are both bold and polished, and liberally embellished with brass and gospel style backing vocals. So far, so good. The title track stretches the relationship/journey metaphor to its very limits while occasional piano ballads such as ‘Only A Man’ precipitate a more laidback and whimsical approach to their songs although overindulged somewhat on the cheesy, Neville Staples collab, ‘The Real Thing’. However, the band really excel when they just shamelessly ape early-Oasis B-sides on ‘On & On’ and ‘Fields’. So, for the most part there is nothing wrong with any of this; while lacking in originality at times The Jet Reds do hold a certain romance for those who enjoy a convivial singalong and a guitar solo after every second chorus.

Originally released digitally in June last year What We’re Looking For now gets an official release on February 28th via Northern Quarter Records. The record is produced by Mike Bennett (who has previously steered the ship for The Fall, Ian Brown and The Specials amongst others) after they apparently just bumped into him on a night out in Manchester. They are nothing if not well connected, jockeying for position to be the next Catfish and the Bottlemen or Courteeners (or perhaps the next Panoramic) as we stand on the brink of the last great music revival, about to slip into a nice pair of Levi’s 501s after a couple of decades wearing skinny-stretch-carrot-tops from Topman. And truth is, for everything What We’re Looking For lacks at times, The Jet Reds are probably only a couple of massive choruses and a car advert short of mass adulation.