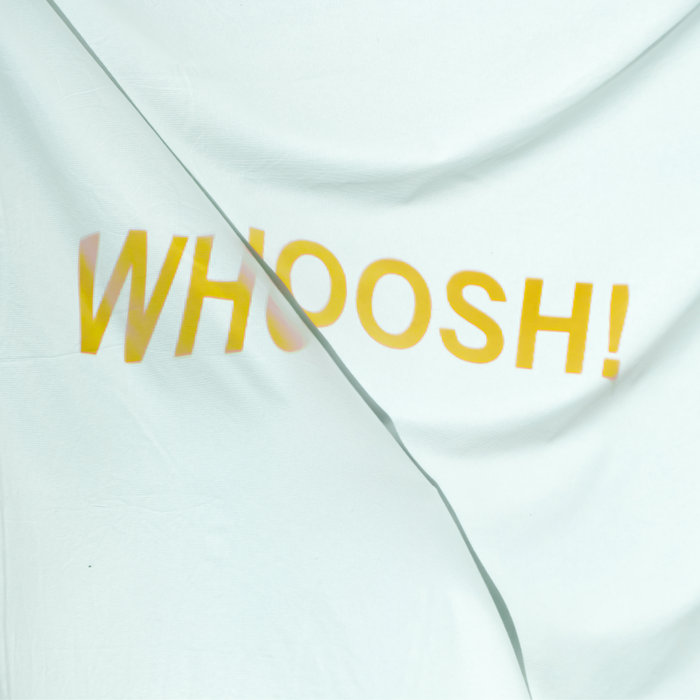 With its antipodean diphthongs and lo-fi pop charm, the ridiculously titled semi-debut album Whoosh by Melbourne’s The Stroppies may actually be the no-nonsense album you’ve been craving.

Perfectly capturing the band’s DIY philosophy and bricolage approach to making music, Whoosh is also an onomatopoeic nod to the rush of recording an album in just two days; in this case, a financial necessity, not a self-imposed oblique creative strategy. Comprising members of several notable Melbourne bands, like The Twerps, Boomgates, Blank Statements and White Walls, among others, The Stroppies was originally conceived in 2016 by Gus Lord, Claudia Serfaty and Stephanie Hughes as a collaborative home recording project, an open-ended, spontaneous musical catharsis without any real direction. Time has a habit of shaping meaning out of even the most chaotic subject matter, however, and the band’s first Tascam 4-track recordings went on to be released first on cassette, then limited vinyl.

Three years later (with Hughes’ departure and addition of Adam Hewitt on guitar and Rory Heane on drums) the band took their DIY ethos into the recording studio, albeit for only as long as they could afford. The result is something urgent, intentionally obtuse and yet as wonderfully engaging as their first improvised sketches. Listening to them is like being struck by the immediacy of Crooked Rain, Crooked Rain, but then being slowly seduced by the Flying Nun records ’80s back catalogue that perhaps made that album possible in the first place.

In all its imperfect and delightful glory, opening song ‘Nothing At All’ pushes all the right combinations of buttons: slightly atonal vocals, jangle guitar, crisp, eager drums, and a bass that can carry the melody over the line. “The past is not dead, it’s not even come to pass yet” sing Serfaty and Lord on ‘Present Tense’, as Byrds-like arpeggios circle about them, guitars eventually mutating into toy piano plinks and Casiotone plonks. For all the apparent retrospection, it seems The Stroppies’ are firmly focused on the here and now, past and future, all in one sitting.

Lord and Serfaty take turns in the middle, sometimes sharing the vocals. Serfaty’s songs, particularly ‘My Style, My Substance’ feel slightly more abstract, pared back and yet complex, with the gathering momentum of Stereolab. Other times, as with ‘Pen Name’ (“do the cold chills, do they creep over you?”) things amble along quietly, like a bruised Tribute to a Bus era 18th Dye. The surrealist, French Disko comparisons return on the brilliant ‘Cellophane Car’. Its crunchy guitars and organ stabs warmly melt into the song’s backdrop, creating whirring drones and sense of stubborn persistence. Other notables are ‘The Spy’, a lo-fi noir spin on the ‘Peter Gunn’ theme, stripped of its jazzy bluster and salted with some Aussie aplomb, and latest release, ‘Entropy’ a slanted Syd Barrett-like 3am fever dream that muses on the gradual decline of a society hooked on tech. That theme is flipped and doubled in closing song, ‘Switched On’, as Serfaty and Lord harmonise “I can push my ideas faster / yeah, I’m switched on”.

Once heard, The Stroppies calm determination becomes noticeable in every song, giving substance to their album and a will all of its own. Lord now says of Whoosh, “towards the end of recording I felt like I was drowning in the process and lost all clarity on what it meant or its value. Kind of like saying a word over and over again – it starts to lose all meaning.” On the contrary, repeat listens are essential to truly appreciate the simplicity and guile of Whoosh, something we wholeheartedly recommend.