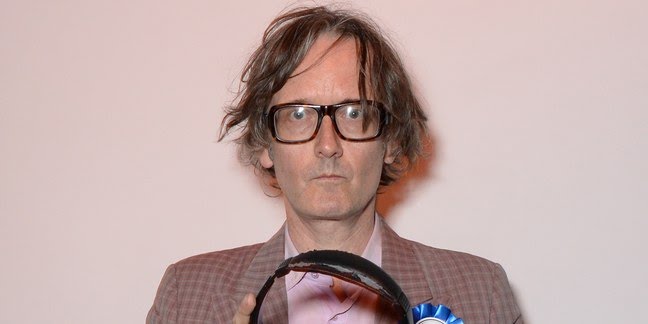 JARV IS… the group headed by Jarvis Cocker, have revealed their first single ‘Must I Evolve?’ out on Rough Trade. It’s mighty a fine first taste, woven with wonky synths and avant-garde vocals it’s an artistic ,trip through evolution, watch it below.

JARV IS… played their first show at the Sigur Ros “Norður og Niður” festival in Iceland at the very end of 2017. JARV IS… then played a sell-out tour of caverns & tiny venues in the UK in Spring 2018. On Saturday 7th April they played a concert in Peak Cavern, Derbyshire & most of the music on this single was recorded that night.

JARV IS.. went to the USA for an appearance at the Desert Daze festival last October 12th, preceded by a short run of West-Coast dates. The festival site was evacuated shortly after their set due to a massive electrical storm.

JARV IS… play All Points East on May 25th & then head to the Primavera Festival. On June 4th they are playing in a cave in Ibiza (can you detect a pattern emerging here?).