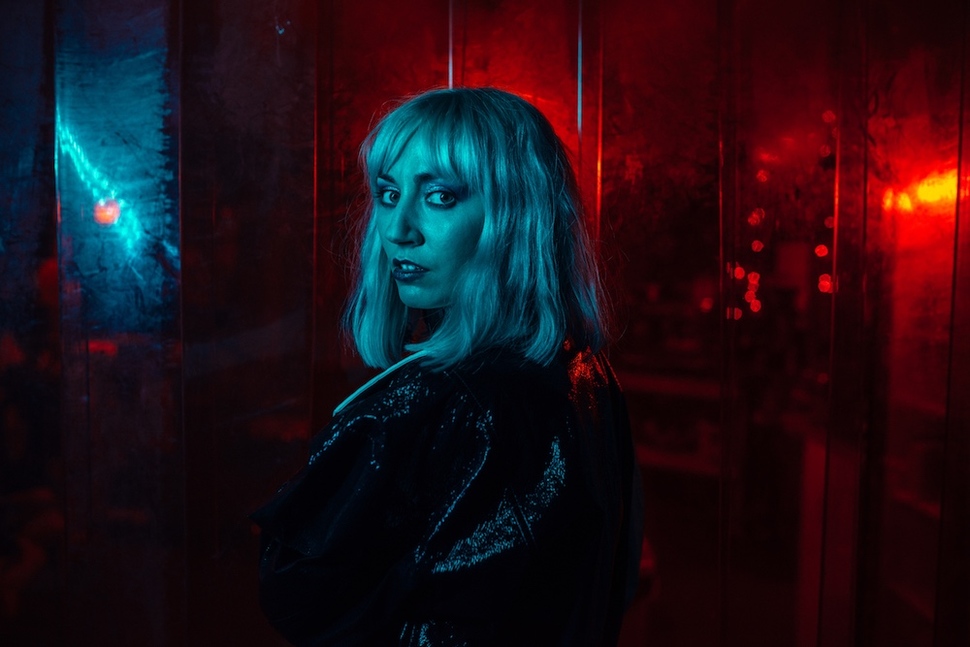 What they say? The London-bred musician makes sense of a tangle of competing influences- ranging from David Lynch and Laurie Anderson to classic disco and melodic big-stakes pop to craft a sound that resists lazy characterisation. One part ABBA, two parts Twin Peaks, and mediated through the character of the eponymous Silver Eater – an extraterrestrial fallen to earth, doomed to imitate and fall in love with the very humans they must remain a fugitive from. With the release of ‘Silver Eater’, Lightman has achieved something fiendishly rare, a concept album that combines narrative ambition with a sly undercurrent of dark humour.

Why we love it? A stomping, dark-disco romp, ‘Aztec Level’ gurgles and rumbles its way through the stratosphere and plants its space claws firmly into the Earth. Lightman’s thumping tribal rhythms are like big, alien weapons destroying everything in their path, whilst buzzing electro-pop synths squirm and wriggle.(NK)

What they say? From its loping, low slung beginnings to the sprawling wall of noise and cut-glass guitar breaks, that haul it to a crashing crescendo, ‘Junkyard’ is the latest single from fast rising London grunge/punk outfit DROOL and arrives with the impact of an unstoppable musical juggernaut. With lyrics by the band’s Joey Rogers, the track documents an antagonistic exchange between two friends that erupts in the unsettling and claustrophobic confines of a scrap metal yard.

Why we love it? Brooding, monochrome post punk with a fired-up chorus, ‘Junkyard’ discards its inhibitions and unleashes a feral assualt of Cobain-indebted grunge, that shoots directly for the heart and the head.(NK)

What they say? “We wrote this song when Brexit became a thing and we called it Breakfast because the only funny thing about Brexit is that people kept saying Breakfast. Doomsday is upon us and so we’ve released this new song to accompany the start of our new chapter as Britain says goodbye to the European Union and faces the future alone. “Will it be worth it? What was wrong with amity? What’s this all about?”

Why we love it? “Im not really sure exactly what they’re hoping/I’m not really sure what they were in for” sings Peaness’ Jess above this tuneful wonky tune. It may sound seeet but it is laced with a genuine puzzlement, why people voted for Brexit, its like Turkeys voting for Christmas. Ripe with Peaness’ trademark tunefulness, harmonies and glistening rhythms. Bog off Brexit!(BC)

What? Ain’t It Magic

What they say? “It’s like you’re starting a new dance with someone and you’re learning the moves and following each others steps. It’s about finding that special vibe and wanting to get lost in it”.

Why we love it? A super cool, groove laden, sweaty pop earworm that rustles upon layers of wobbly synths and hook laden refrains, that dig their claws into your back until the wee small hours.(BC)

What they say? ‘Juice’ compares the exploitation of black culture to orange juice, through a first person account of my own experiences. Playing on the concept of having the “juice”, a phrase popularised by social media, I aim to turns the tables, taking ownership of my individuality, and distancing myself from anyone that denied me of my voice/Juice. I’ve always had the Juice, it’s just that now people wanna drink from the fountain.”

Why we love it? Empowered, smooth and playful this cut runs deep with elements of neu soul, eletronica, RnB and hip hop into a frothy cocktail. A statement of individuality laced with soulful chorus lines and powerful bars.(BC)

What they say? Oxnard-based artist Los Retros, born Mauri Tapia, announces his debut EP ‘Retrospect’ and shares a new single, ‘Friends’. The track is an upbeat and hopeful gem about falling in love, showcasing Mauri’s musical prowess as he plays each and every instrument on the track. The song’s accompanying visual is a glimpse into Los Retros’ world, piecing together footage of Mauri and his friends performing the song and documenting his run opening for Cuco on his sold-out US tour earlier this year.

Why we love it? Hazy, and laid-back in all the right places, ‘Friends’ is a fun and sunny indie pop delight channeling Mac Demarco’s dreamy, chorus-pedal-driven slackerisms. It makes you want to grab a beer with your bestie and forget that that the world is going to shit.(NK)

What they say? “Beaten tells the story of a man who has given up his faith in the evolutionary process and seeks to do his small part in righting the situation by returning to the sea from which his ancestors crawled all those millennia ago. Beaten is set in the fictional town of Crow Hill and belongs to the album of the same name.”

Why we love it? Skittering and bubbling on a textured sea of blinking beats and shimmering chords. Theres a weariness to this tale of returning to the primordial ooze that a desperate and debauched humanity clambered from. Standing atop of a mountain and ready to jump, this reflective and hypnotic anthem simmers on the edge of imperious until the final explosive minute.(BC)