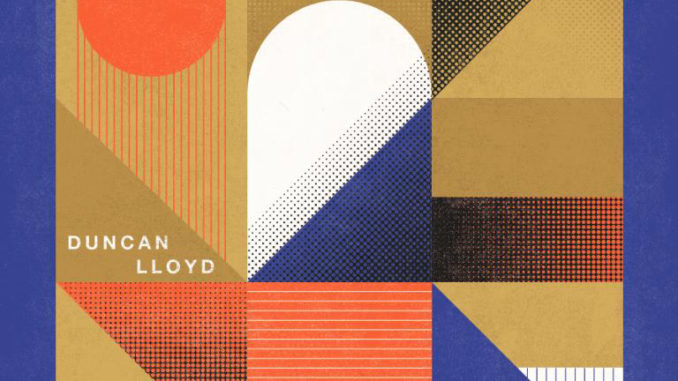 Quietly reinventing himself as one of Britain’s best singer-guitarists, Maximo Park’s Duncan Lloyd returns with his third solo album. Free from the synths and star jumps of the parent band and (side-project) Nano Kino’s alternative electro-pop, Outside Notion is lovingly crafted from a fresh stock of classic indie. Whether it is the countryish guitars of ‘Planetarium’, pure guitar-pop of ‘Young Dreams’ or the layered violins of closer ‘First Monday’, Duncan’s songcrafting and musicianship is more pronounced than ever before.

Clearly a virtuoso of his instrument, he doesn’t feel the need to over-egg the pudding and it’s that kind of self-restraint that is edging Duncan further into Richard Hawley and Bill Ryder-Jones territory with each new release and, stylistically at least with this record, away from the more overt indie-rock of previous solo outings. This nine-track collection is a brew of influences and inspirations, expectedly well informed but moreover as a character study of a man approaching mid-life with a successful musical career already in the bag and who now has time to reflect on the things we all reflect on. So there are observations on life (its temptations and limitations; relationships and their flaws) while a sense of loss permeates throughout, and all texturally ravelled in the often exploratory style of the music.

Not to say this is a guitarist’s album per se. Directly influenced by Eric Mathews’ Heavy In Here, instrumentation and styles are effortlessly arranged throughout so lyrics are embedded fluently within the songs and orchestral accoutrements are thematic, seasonal almost, as occasional Neil Young inspired solos or Arthur Lee vocal flourishes loosely bind everything together, but the tracks exist on their own too. Writers often digress throwing around words and phrases like ‘cohesion’ and ‘suites of music’ to justify an album in its entirety but Outside Notion is nine songs laid out bare like individual diary entries, aural artefacts or a collection of landscapes. They exist alongside each other as distinct entities each one tapping into something in all of us. Subtle nuggets of biographical information can be gleaned (hints of idyll, it feels like he lives by the sea), ‘5am Eyes’ and ‘Guess and Wonder’ are messages to the singer’s late father (that sense of loss); the former breaks beautifully like dawn.

The title track’s startling distinctions (Nano Kino’s Sarah Suri takes the lead in the chorus) and choppy guitars set amongst childhood streets is Outside Notion at its most longingly assertive; autumnal orchestral progressions, a boulevard of despair and an interaction very much in the past. The track marks something of a divergence along with a stunning ‘Journey B’ (with arranger Amy May) and sets the tone for a remarkable second half of this album. The emotive American folk instrumental will rend the heart and not the garments. It’s a lovely surprise, exquisitely conceived and then built on gentle acoustic guitar and layer upon layer of risings violins and cellos. It is a high point, if we really need to highlight one, but mainly because it takes things up a notch emotionally and shifts the album outside of the metaphorical box without losing its relevance under the broadly autobiographical arc of the record. Staying with the character study, by framing the central track so, ‘Journey B’ becomes literally, a lyrical blank canvass for the listener and it’s this equivocacy that will allow us to forge our own meanings within and all the more rewarding for it.

Temptation is always to wrap up a review of a great record with something clever or profound, but with Outside Notion Duncan Lloyd has created something that, every time I think I will listen to it one more time just to tweak the writing, I end up so immersed in previously unheard nuances as unnoticed musical avenues continue to open up, that it is perhaps best just to leave it and let others discover it for themselves.

Outside Notion is released on 7th June through Afternoon In Bed.