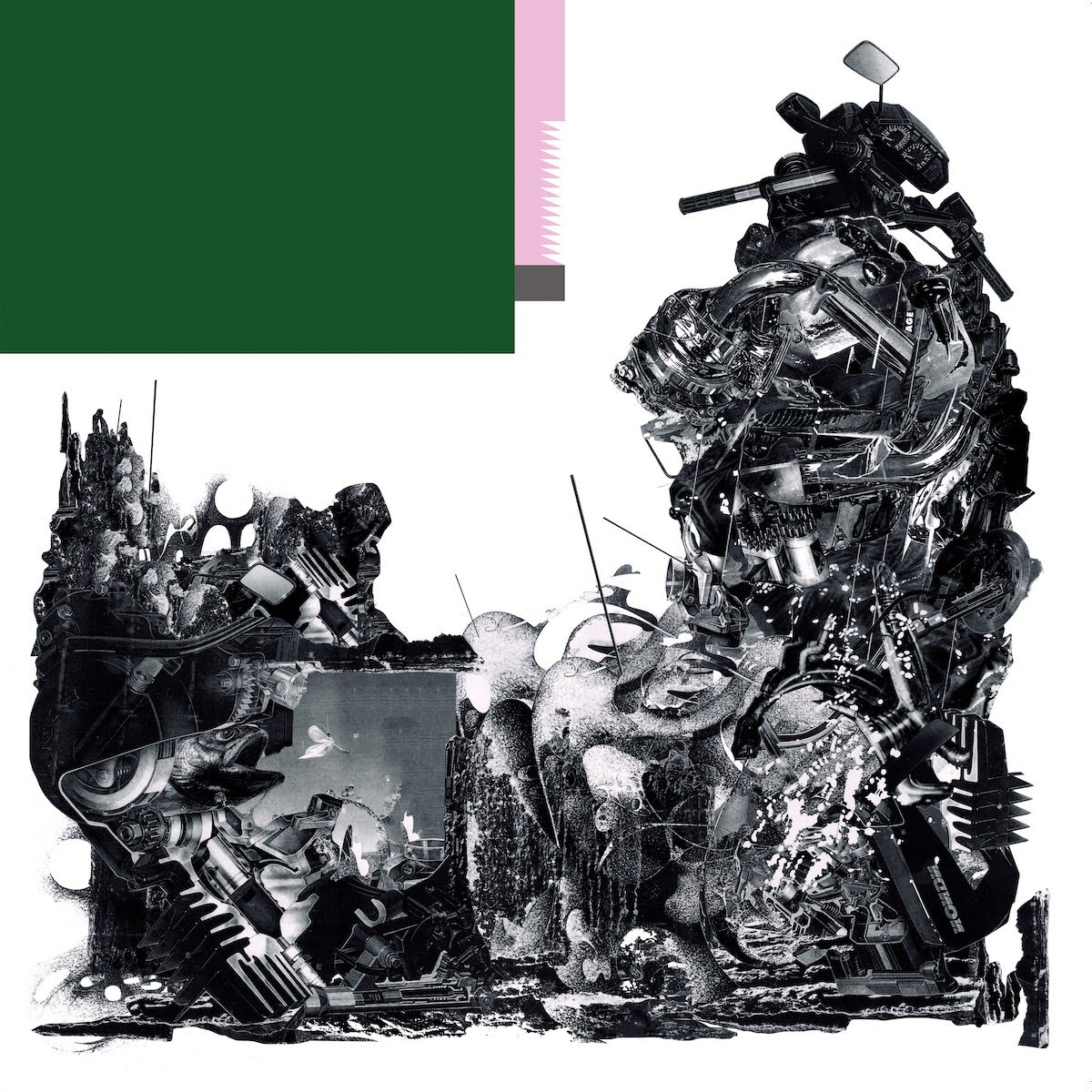 Black MIDI: a large number of notes are layered in close proximity to one another, meaning that a traditional musical score appears almost completely black.

Not a genre as such, but a style of written music which, when played can be almost unlistenable; a black noise if you will.

Black Midi, the band, have been the hype band on the industries lips for the past 12 months. Spontaneous, elongated jams made up a lot of their gigs, no one set was the same as they would go off on tangents. They’ve managed to compress the songs into a concise LP, “Schlagenheim”.

Approaching this band on the back of a few singles and a lack of context was concerning. They sounded glitchy, pretentious and too clever for their own good as they search for a song amongst all that noise.

And yet, underneath that will to be clever and different there are songs, there are melodies. It’s not even that hard to find.

953 is a sledgehammer to your frontal cortex. It bludgeons immediately and you either let it happen or you might as well turn off now. Urgent frantic thrashing and angular riff melts away to a gentle verse before a heavy repetitive guitar hypnotises. A lighter Tool with the chaotic and frantic elements of Mars Volta and it head-butts your preconceptions into next week.

Speedway is a box full of frogs, a mash of discordant guitar and drums, some of the more calm and simple vocals on the record, it is naturally a single, a gateway song.

Reggae has this underlying satirical bent, that they might in fact be taking the piss out of the identikit sound that the genre so often pedals without anything different from track to dull track. Black Midi takes it’s innards and worked them back to front so the sound is just about recognisably reggae but there’s abrasive guitar and whirlwind drums and the tempo means you’d do yourself an injury skanking to it.

Performing production duties is Dan Carey, again. He can do little wrong. Every instrument is being played in the room next door, the drums in the hallway. The light and dark shade is pitched perfectly, as he also managed with Fontaines DC debut this year, and the tempo takes a welcome temporary dip.

A constant barrage of noise can grate, irritate and eventually overtake any enjoyment you had so the ability to allow the contours of a record to peak and trough is essential.

Western begins as a bastard son of a Gomez song, if it had run off with Talking Heads when you were a child. Geordie Greep’s vocals sitting somewhere between Peter Gabriel and alt-J’s Joe Newman. The coda sidles off into the sunset.

This and Of Schlagenheim are the centrepieces of the record. The sprawling jams reigned in for the LP that are still huge enough, still angular and unnerving enough to be fascinating. Even when they disappear down the rabbit hole they throw enough melody back out to make you follow.

Included in this kaleidoscopic record, first single, bmbmbm, in comparison is quite dull and unadventurous. Which may be missing the point; a one note, one chord loop as constant lyrics repeat, end word of every line “purpose”. Geordies vocals, whilst blend with the avant garde on display perfectly in most places seem to jar here, to the point of awkwardness, but just about surviving.

Years Ago is a little throw away because it is so short, especially in the context of the record but is intense and enthralling enough to captivate. Bass loop and Tom Verlaine guitars descend into caterwaul screams of pain.

Ducter is the finale required. It starts with an up-tempo hook which suddenly stops and transforms into a slow building quiet ascent, burning away until it explodes into a writhing beast that repeats for maximum impact before imploding in on itself.

And then there’s silence…..

At times you just like a record for an indescribable reason. Something just clicks, even when abrasive and harsh. Underpinning everything here is the thunderous and intricate drumming of Morgan Simpson. Stunning flourishes, scattergun beats and bizarre time signatures all from the diminutive sticksman.

Parts of Schlagenheim will connect immediately, but you have to give it time and spins for it all to fall into place. It’s not always a comfortable listen and it won’t be for everyone but it’s exciting to see where they’ll go next.