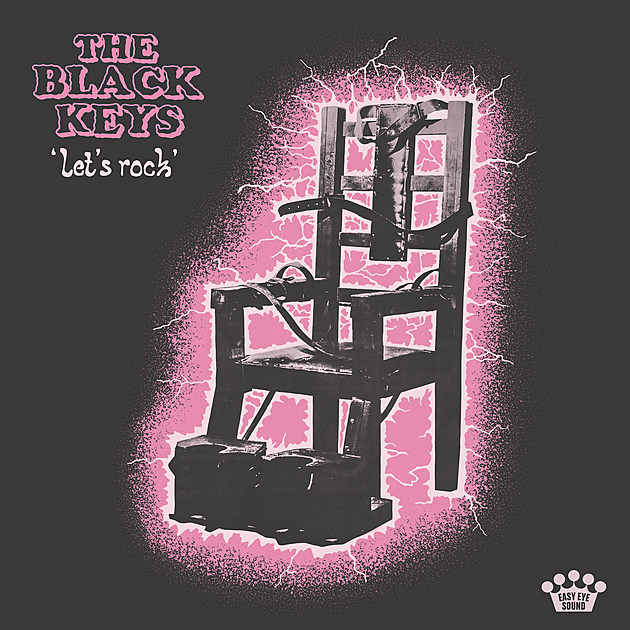 If you were going to be assigned one album to review whilst on a road trip through Ohio down to Nashville, then surely The Black Keys would be top of your most wanted list (no apologies made for the humblebrag.) You can imagine the scene; empty freeway, windows down, that midwestern rock blaring out of the hire car speakers. Hopes were pretty high. However, whilst it is an album made for journeys like these, like the data signal along the I-71 and I-65, Let’s Rock does have the occasional dead spot.

Back after a five year ‘break’ that saw both Dan Auerbach and Patrick Carney undergo various other projects, as well as taking a deserved rest, The Black Keys have returned with their 9th studio album. This new offering was recorded in, funnily enough, Nashville, and whilst it unmistakably sounds like The Black Keys, it doesn’t really have the edge that previous offerings have had. Auerbach says that spontaneity was the key when it came to writing this, but it certainly feels like it’s been produced for a bigger market, so that concept doesn’t really come across all that well. Or maybe the time out has mellowed the guys, and the rest of us need to catch up, or slow down, whichever way you look at it.

Opening track, ‘Shine A Little Light’, certainly kicks things off well and is as riffy and catchy as you’d expect. ‘Lo/Hi’, the lead single, has been getting a lot of airplay, and is ideal for cruising down the freeway, but it doesn’t quite have the oomph the opener has.

The mellower moments come in the form of tracks such as ‘Walk Across the Water’ and ‘Tell Me Lies’, both of which are just a bit too MOR.

For all of The Black Keys sound which is still in evidence, there does appear to be more borrowing of other artists. ‘Sit Around and Miss You’ sounds like it has borrowed heavily from Stealers Wheel’s ‘Stuck in the Middle With You’, even down to the tremolo vocals, and ‘Eagle Bird’ has more than a T-Rex feel to it, quite reminiscent of ‘Jeepster’ (clap-clap-clap.)

Let’s Rock does finish well with ‘Fire Walk With Me’, and the driving guitar harkens back to those days with a more raw sound, meaning you finish on a high, and wanting to listen to it again.

Whilst Let’s Rock isn’t their finest moment, it’s still a great listen especially when you whack the volume up. It’s definitely a grower, and the more times I’ve listened to it, the more there is to like about it. If you’re expecting another El Camino, you may be disappointed, whereas newcomers to the band, with no expectations, will probably get more satisfaction from this latest offering.

Let’s Rock is released on 28th June through Nonesuch Records.