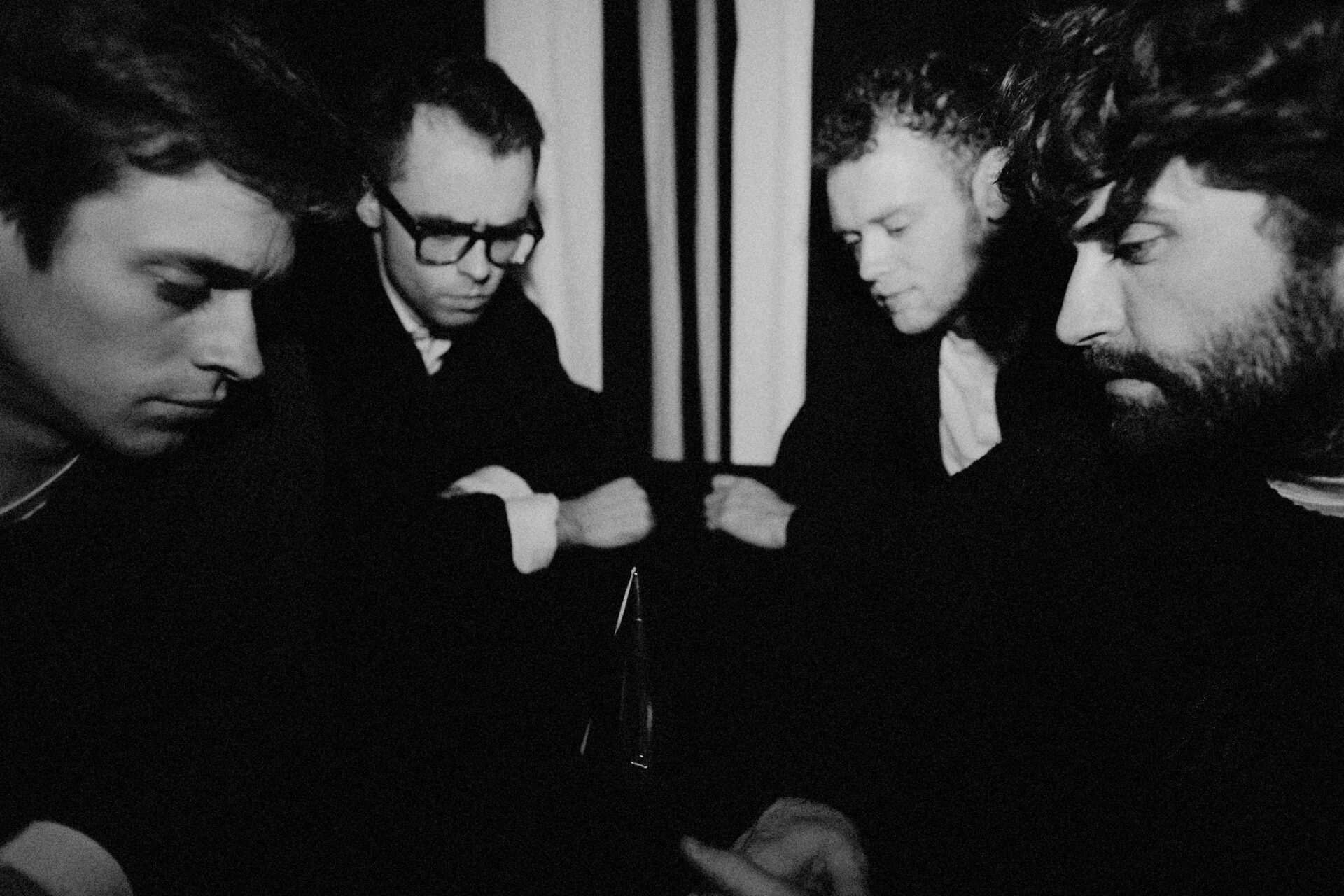 What they say? Discovered by Mercury and Brit award winning producer Charlie Andrew (Alt J, Nick Mulvey, Marika Hackman), the band – Peter Martin, George Godwin, Ben Clark, and Matt Glasbey – mix hypnotic beats with delicate piano, angular guitars, and haunting vocals. Talking about the single, they explain: “Cotton Blue is an introspective song about giving up on a broken relationship. It was written and demoed on a retreat to the Welsh countryside with the producer Jay Pocknell.”

Why we love it? With ‘Cotton Blue’, Zooni present a hypnotic, floating piece of art rock that evokes a haunting, melancholic, and yet strangely uplifting atmosphere. It’s equal parts Radiohead and Grizzly Bear in its experimental, multi-textured sonics. One of those epic headphones-in listens. (NK)

What they say? “Numb is probably the most honest song I’ve written. I wrote it when I was going through a tough time, and although people were around to support me, I was also being told how to feel. I was feeling everything but being made to feel nothing at all”

Why we love it? A slow burning cut that envelops you with its emotional punch. The subtle pianos and synth undercurrents allow Hedara platform for her exquisite vocals to unfurl. Encapsulating the crushing feeling of numbness and depression exacerbated by those who tell you how you should feel. The crescendo is an extraordinary moment. (BC)

What they say? Matt Poile (vocals and guitar) says: “Sky Burial revolves around this looping riff that locks in with this sense of momentum – it’s one of our favourites to play live. The lyrics are about fear and feeling out of your depth but being able to adapt to change and give yourself up to trust someone completely. I think it sets the tone for the rest of the album really well, it’s a statement of intent that shows how our music has developed – it’s got energy but with a darker side to it.”

Why we love it? Borrowing the reverb-doused guitars of DIIV and the spacious indie rock of Eagulls, London’s Crushed Beaks provide a solid soundtrack to your daily commute with ‘Sky Burial’. Riffs career skyward, whilst shards of delayed guitars chug along just nicely. Volume up for this one. (NK)

Who? Waves Of Dread

What they say? The ‘Make-Believe’ sees the band continue to indulge their fascination with early 90s alternative and shoegaze, with elements of more modern groups such as Deerhunter, Animal Collective and MGMT now thrown into the mix. The track is the first in a run of singles to be taken from their debut album, to be released late 2019.

Why we love it? Newcastle musician Nick Hodgson has lent his hand to many a memorable North East band over the years (High Tide 15:47, Headclouds) but it’s his latest project which accumulates his influences into a wonderful cauldron of shoegaze noise. A pure, hazy guitar-driven delight. (NK)

FFO: Slowdive, The Horrors, The Jesus and Mary Chain.

What they say? Growing from improvisational roots, Yammerer have developed their psychedelic post-punk sound into a multi-limbed monster; captivating audiences with a raw and earnest approach.

Sporadically delivered, high energy vocals, meld a blistering array of esoteric vignettes, over adventurous sonic processing in a journey through untamed sound. Theyhave refused to conform to a world of social media with lead Singer Jason Corbitt announcing “When you go out walking in a fog, you become very wet without noticing”

Why we love it? Furious, urgent and scattergun surf riffing and visceral post punk that smashes preconceptions on the stones. Leaves the scattered fragments for someone else to clean up, there’s something gloriously unhinged about this shot of adrenaline. The rifled stream of unconsciousness that breaks down into an experimental rant above zig zag guitars and quick fire drums like a train about to veer off the tracks. This chaos reflects the confusion of our times and the reptilian in charge. (BC)

What? ‘If My Eyes weren’t Blue’

What they say? ‘If my eyes weren’t blue’ was inspired from a poem I wrote;

“If your exterior fades, will they stay for what’s inside”

Why we love it? A subtle palette of beats and wobbly synths, trembling samples and modest guitar spindles, gives Martin space for this internal monologue that deals with the beauty myth, and how people can judge on appearances alone. The repeated refrains (better than mine) and vocal trickery are playful and show a bright imagination. Infectious and touching upon elements of rnb and electronica, this is a smart bedroom cut that shows immense promise from a unsigned artist. (BC)

What they say? In person, Hether come across as a group of private, reserved individuals; only adding to the mysterious allure of this introverted band. In the creation of ‘Over’ and ‘Cruel’, Hether have explored new ideas solidifying instrumental and vocal layers into a shoegazing doom-filled pop personality. Nina’s vocals weave uninterrupted through layers of strong instrumentals, inviting you to join the band as they withdraw into their own contemplative world. Her introspective, gently delivered lyrics carry listeners through an ebb and flow of rhythmic sound through which nostalgic lines and patterns emerge.

Why we love it? Carving cavernous fuzz peddle sound, laced with tumbling percussion, wonderful vocals and an atmosphere that hangs as heavy as dark clouds in the sky. Hether hit you in the heart with melodies as weighty and wistful as a Sunday evening. On this evidence they could be on track for big things. (BC)