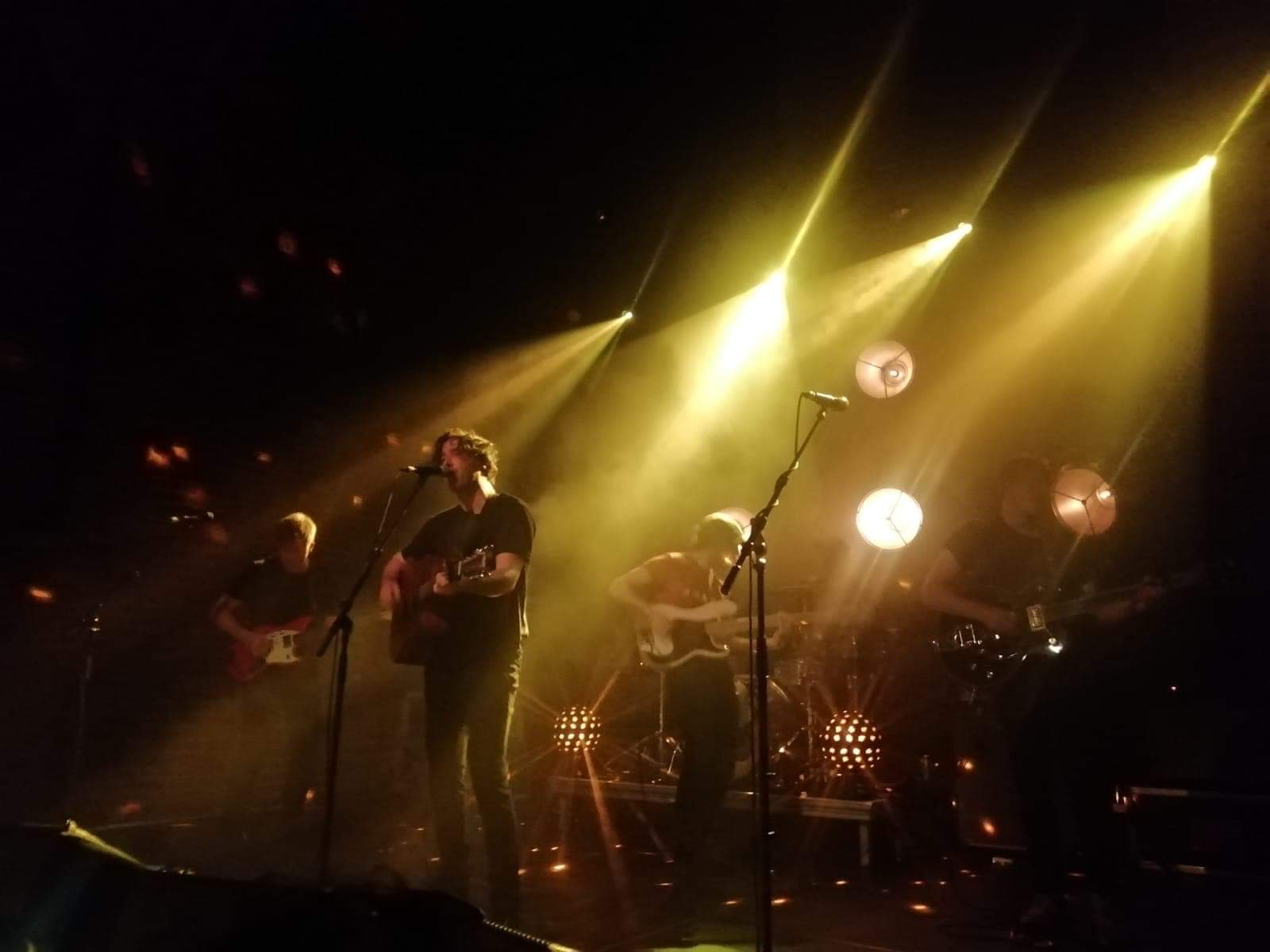 It’s a sultry summer night in Shoreditch and the crowd filling up Village Underground are fidgety; perfect if your band name happens to be Rolling Blackouts Coastal Fever.
There’s a real buzz surrounding these five Australian lads, whose quick succession of EPs led to a record deal with Sub Pop in 2017. Their debut album Hope Downs dropped last year, a barnstorming record comprising 10 tightly-woven jangle pop tracks that won them critical praise and flattering comparisons to Brisbane forebears The Go-Betweens.

The band’s UK tour will see them touch down in such iconic venues as Clwb Ifor Bach and SUB89, but ticket holders at tonight’s Village Underground gig are uniquely treated with support sets from MF Tomlinson and Our Girl. The latter of these acts, a young grungy three-piece from Brighton, has already been making waves on the indie scene for some time. Their experience of the circuit shows in frontwoman Soph Nathan’s effortless confidence, who pauses briefly between ear-splitting songs of heartbreak and introspection to tease the crowd with what they can expect from the main event.

Rolling Blackouts, of course, do not disappoint. The band has occasionally been labelled with the somewhat derogatory label dolewave: a term dreamt up for the kind of droll DIY sound to come out of Australia in the wake of Courtney Barnett’s mammoth success. But there is nothing to suggest that here. Introducing themselves as a band from Melbourne, the drummer Marcel Tussie clicks his sticks and the four guitarists launch into a cascade of swirling, interweaving riffs at such a rate it is virtually impossible to tell where one song ends and the next begins.

That’s not to say Rolling Blackouts do not veer towards the slacker riffs and spacey lyrics preferred by Barnett’s occasional partner-in-crime Kurt Vile, and the lads do slow things down incrementally for their latest singles ‘In the Capital’ and ‘Read My Mind’.

“Step lightly, let the river take you/In the seeking of life, in the corridors” sings Frank Keaney, the most lilting of the three vocalists that makes up the band. The pace picks up again as the evening enters its final, sweltering home stretch. ‘Talking Straight’, is the kind of hook-laden record that most indie bands could only dream of writing, gets the crowd moving, while Mainland, a glorious sun-bleached Aussie anthem that recalls scenes of “burning blue fading into blinding white” has them bellowing along.

Rolling Blackouts Coastal Fever are of course nothing new, but the band members’ ability to appeal to leftfield sensibilities while writing infectious indie pop hits betrays a talent beyond their years. With a lot of road left to run, these lads from down under are on their way up.