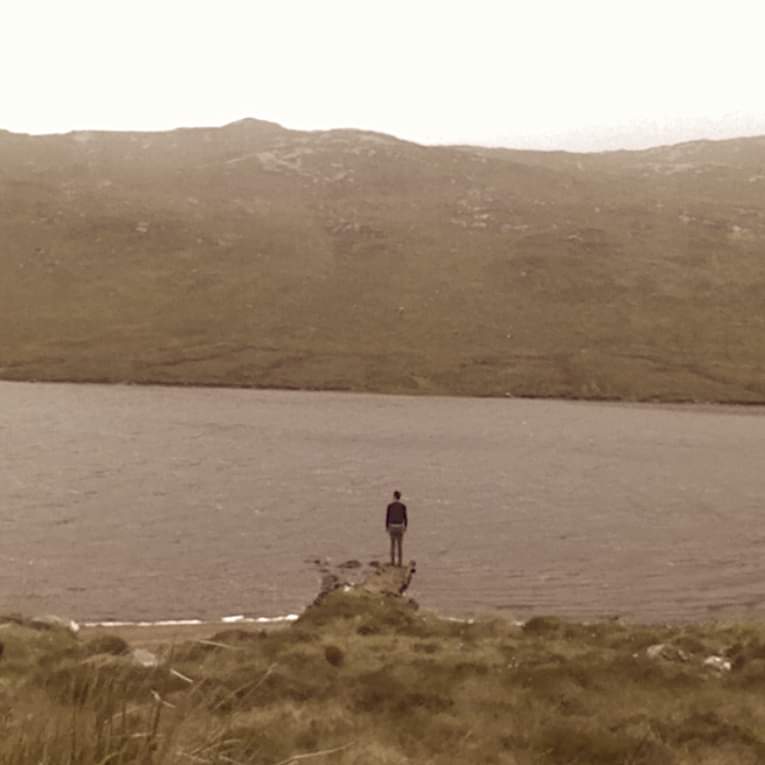 Tender and heartfelt, Andrew Eaton-Lewis returns with a touching ode to the dichotomy of life and encapsulates all of its grief,  existential despair and fleeting moments of joy in one piece of music. Eaton-Lewis was the singer with Swimmer One a Scottish duo who released two excellent albums, but had disappeared off our radar in recent years. His new single ‘Medicine’ begins with a gorgeous circular piano motif that’s laid with Eaton-Lewis’s naked vocals replete with brittle, wistful refrains that switch from a gentle intimacy(“we only have each other to hold/We only have each other to blame”) that’s punctured by longing crescendos(“music doesnt help any more/music is the only thing that helps”) and framed in mournful accordians and strings. You could compare it to the sensitivity and universality of R.E.M‘s ‘Nightswimming’ or The National‘s ‘Fake Empire‘, but comparisons are probably fruitless.

The Isle of Lewis songwriter opens up the ribcage of what makes music and songwriting is so essential to our lives, and how it can sooth us as we go through grief or about our daily struggles, but also open up old wounds.

He says: ‘Medicine came as a bit of a surprise. I hadn’t managed to finish any new music since early 2014, shortly after my dad died, a long enough gap to make me wonder whether I wasn’t a songwriter anymore. And then, in September 2017, Medicine suddenly appeared in my head, fully formed, just a few days after I lost my mum too. Clearly these two things were connected although I’m still figuring out how. The song is about my mum’s funeral, as well as about songwriting itself, and the strange, complex way that songs can help us process painful experiences while also opening more wounds, often at the same time.’

Speaking of the video he says:
‘When I met Daniel to discuss making a film for Medicine, the only idea I had was that it should be something very simple, with me singing straight to camera, because I’d never made a video like that before and it seemed to suit the directness of the song.

Daniel came up with a more developed version of that idea, which was for me to film myself singing the song in various different places over the course of a few months, and for him to edit the footage. He’d noticed that I had a lot going on in my life – a new baby on the way, a move from Edinburgh to the Hebrides – and perhaps thought it would be interesting to document this. Medicine the film doesn’t quite do that; I was too self-conscious to film myself singing the song on the school run, or at work, or on social occasions, so it’s all me on my own. However it does capture a particular moment in my life, in the process of moving between two places, not quite settled in either. Two of the sequences I filmed were of me feeding our chickens – in our back garden in Edinburgh in the winter snow, and on our croft in the spring sunshine. It feels like a good introduction to this album, which is also about transitioning from one place to another, in all sorts of ways.

The artwork for the album is a screen grab from one of the sequences I filmed for Dan – shot from a laptop that was sitting inside my camper van as I walked down the hill to the shore of a loch a few miles from where I now live in Uig on the Isle of Lewis. I like how small the figure is in the landscape, and that he is facing away from the camera. I like that it’s an ambiguous image, like an old, unlabelled family photo that could be of anyone, anywhere; I deliberately chose a place in Uig that even a local might struggle to identify from the image, unless they happened to know that particular jetty very well. I like that it looks as if he’s about to make a decision but that there’s no way of telling what that decision is. What’s going on in his mind? Is he just enjoying the view of the mountain above them? Is he thinking about throwing himself into the water? Does he even know he’s being photographed? Come to think of it, is this person a he at all? If you didn’t know it was me you wouldn’t be able to tell. Neither would you be able to tell when it was taken or how old the person is.

It is, in other words, a portrait of me in which I have more or less disappeared. It feels appropriate. As pleased as I am with these songs, I already feel slightly detached from them. This music, and perhaps even songwriting in general, documents a part of my life from which I am now moving on.’

‘Medicine’ is a deft, affecting and homespun piece of songwriting with an excellent video that’s like a home movie, that conveys an honesty and emotion that’s a rarity in this music world of shiny over production. Take a rare heart stopping interlude to your day.

His forthcoming album is available to pre-order here: www.allofthedays.co.uk