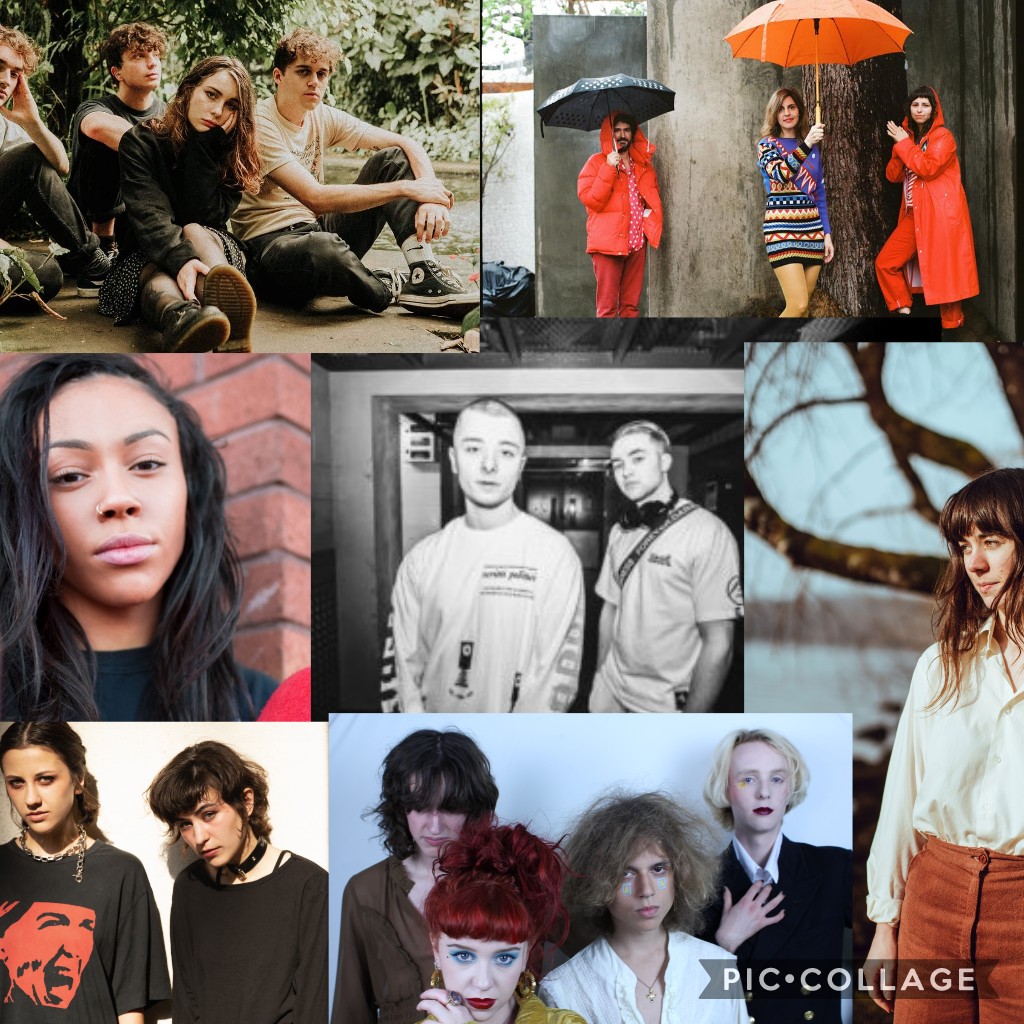 What? Control The Party

What they say? “It all started with the vocal sample. We messed around with a few ideas and ended up time-stretching a classic ‘Hoover’ synth sound to make the bassline in the ambient section, and we built the tune from there. Control The Party is a new side to us, it’s a statement in terms of our sonic journey and where we are heading.”

Why we love it: Thrillingly retooling rave culture for the new millenium, skittering beats, synth stabs, a thudding bass line and an instructive sample that recalls nights of hedonism, it wouldn’t have sounded out-of-place on Jeremy Deller’s recent documentary. Awesome.

What they say? Post-punk garage rock band, formed at University of South Wales in Cardiff.

Why we love it: Chunky, scorched and bar chord laden, this beast shows an artfulness of melody and melodic edge. These youngsters eschew the obvious influences, with the initially brooding then hollered boy/girl vocals sea-sawing between the shivering percussion and cavernous sound they throw in several hundred extra fuzz pedal riffs in for good measure in the caustic outro. Very promising.

What they say? F4CADE, “Art Wave” pioneers formed in early 2019, having just been selected personally by Nile Rodgers to play at his Meltdown festival, the band followed this with a sell out at the O2 Islington Academy.

Why we love it? Bright, artful and ever so slightly out there. F4CADE live up to their artful billing, with this gloopy lounge pop song that shivers with reverb guitars, tumbling with triple tracked vocals that drip down the glass like entwined droplets amidst snaking bass lines. Quite entrancing.

What they say? Lover Loner is the second release by rapper Deyah (formerly known as NonameDisciple) – she’s gaining a steady following in the urban world. Most recently she’s been in the studio with Lily Allen to record a track which will be released later this year. In her own words “I want to educate people to live life without pressure of expectation, the best is yet to come”.

Why we love it: Down tempo and soulful the sound of the wistful early hours, this personal stream of consciousness is affecting and evocative. Couched in a vocal sample, she bares her heart and her life in these deft, laid back bars and moments of vivid reflection.

What they say? Cait and Katie, explain, “We’ve been attached at the hip for an eternity, cut from the same mold. We wrote this song for us, and people like us, that have someone in their life that’s the same type of psycho as them. They’ll drive you crazy, and you let them take the wheel.”

Why we love it: Empowering, kinetic and addictive. This slice of sleek future pop, bubbles out of the speakers with a snap, it has you in its clutches, the catchy melodic hooks shows off the duos vocal and lyrical dexterity backed by deft production. A tune.

What they say? ” it’s about desiring life so badly still as a grown-up, getting the joy and beauty in big gulps, but also recognizing its limitations, corruptions, and sadness, more than I ever would as a child. And in the face of that, choosing to smile and stay awake to the beauty around us.”

Why we love it? Recalling the ‘sophistipop’ era but dipping it in an array of Bangladeshi and African percussive instruments, crafting a dreamy, yet deceptively layered cut, that bristles with clipped rhythms, glowing synths and a sparse soulfness that emanates with a fleeting crystalline joy.

What? When They Didn’t care

What they say? “Worrying too much about what other people think, and the moment you realise that they don’t actually really care.”

Why we love it? There’s a subtle emotive power to this resplendent song. It steps through trembling guitars like running your hands through fields of wheat, sighing strings and a scuttling beat giving Linen’s warm empathetic tone the chance to let go of anxiety of caring about what people think.