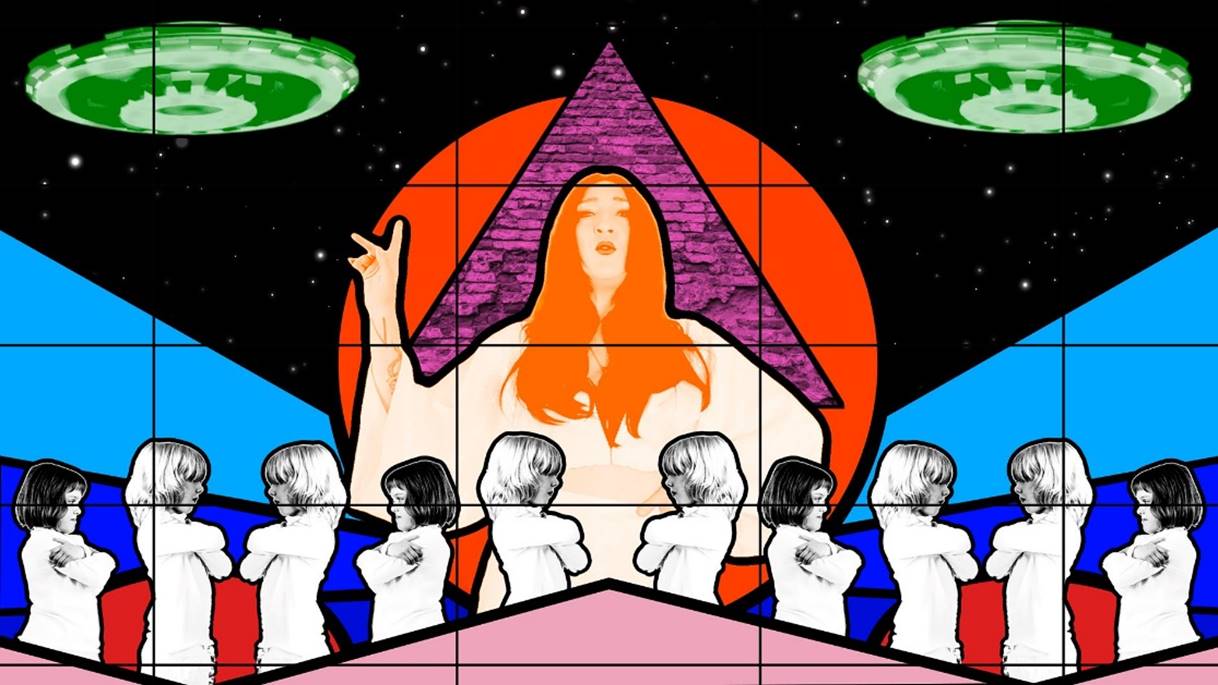 Emily Breeze recently released her sumptuous new single ‘Heaven’s Gate’ lifted from her album Rituals. ‘Heaven’s Gate’ is a queasy, woozy doo-wop tune with a touch of the Western about it, her vocal is worthy of its own devotion. A slice Sci-Fi propaganda which was inspired by a documentary about the 90’s Christian U.F.O cult of the same name. Today, we premiere the accompanying video which has elements of sci-fi pastiche, and visual motifs centered on cults and psychedelia, watch it below.

Emily says, “I was interested in how a seductive promise of eternal salvation can compel a person to hand over all personal agency to devote themselves entirely to a belief system, especially one as bizarre and deadly as Heaven’s Gate”.

Written from the perspective of the cult leader, this is interstellar Doo Wop for all the drifters, loners, dropouts and seekers out there. Emily produces the kind of delicious noirish pop that Luke Haines specialises in. If there is a soundtrack to the world gradually falling apart this is it!