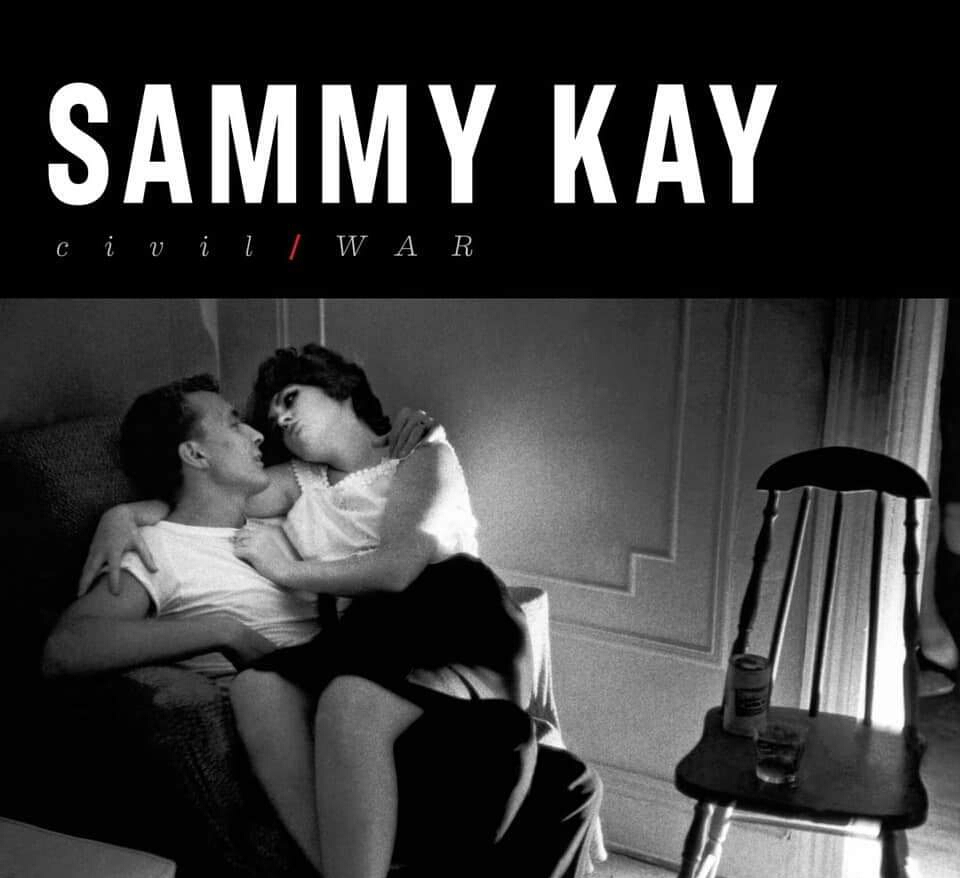 There’s something about New Jersey. Just across the Hudson River from the Shangri La of Manhattan with its glitter and opportunity, New Jersey is like another universe. The Hudson River might as well be a schism, physically economically and culturally. Yet New Jersey produced such ground breaking artists as Tom Verlaine, Patti Smith and the Fugees. Of course, the ultimate Jersey boy done good is the Boss himself, Mr. Bruce Springsteen. Throughout his long career, Bruce has embodied both the flannel shirt working class culture of his native Ashbury Park and the cosmopolitanism of New York City.

In his own modest way, Sammy Kay falls in the same category. He’s a Jersey guy through and through, the kind of tattooed dude you imagine standing on a street corner chain smoking cigarettes watching the world go by. He cut his teeth in the NYC ska scene, was a tour manager, lived in LA and Brooklyn, and toured with the likes of The Gaslight Anthem, Mumford and Sons, and Bouncing Souls, building up a loyal following and putting in some hard miles on the road.

Years of touring took their toll, and Sammy decided to take a break. He became a care giver for a young man with special needs. The experience showed him how important empathy is, and how often it is lacking in the world.

This, in a nutshell, became the inspiration for CivilWAR, his new record, crowd funded through a very successful kickstarter campaign. Front and center are Sammy’s songs and vocals, framed by minimalist yet effective production courtesy of The Bouncing Souls’ founding member, songwriter and producer Pete Steinkopf. Sammy’s songwriting blends street poetry with singalong melodies and a refreshing honesty. Like Guthrie, Kerouac, Waits, et al, before him, he portrays American life in 2019 without rose-colored glasses but with a lot of heart and yes, empathy.

Opener ‘Silver Dollar‘ bursts out of the speakers with frantically strummed guitar, Dylan like harmonica and Sammy’s hoarse, soulful voice. Right off the bat, Sammy pulls you into his world, stark, disarmingly honest, yet finding beauty and hope amidst the struggle.

Someone had to write a song called ‘Thoughts and Prayers‘ one of these days, and Sammy did it. Accompanied by tasty George Harrison-type guitar lines, the song is a scathing indictment of gun violence and the hypocrisy that refuses to look at the root of it all: guns and how easy they are to get. “Your thoughts and prayers ain’t saving no-one’s soul”

‘Sweet Cecilia‘ is Sammy Kay doing what he does best: painting a picture through song, the story of someone at the end of their rope, meeting a stranger in a bar who offers a helping hand.

‘Try to Find‘ starts off with a gorgeous, dreamy pedal steel framing this beautifully sparse ballad about trying to find your path in life. “I’m trying to find the words to say, that I hope you’ll find true love one day”.

Springsteen’s shadow hovers over closer ‘Orange Swirls‘. This song gives me a mental picture of empty neon-lit streets at night, populated by various characters doing what they must to survive. Sammy’s voice shines, and tasteful, cinematic production frames it beautifully. Goosebumps.

Sammy Kay is not quite done with music yet, and we can all be thankful. The music business needs people like him: people who pour their heart and soul into their music, and mean every word and every note. CivilWAR is a testament to the human spirit, to perseverance, courage and community. It’s also a collection of a bunch of damn good songs. Warmly recommended.

The self released CivilWAR is out now.