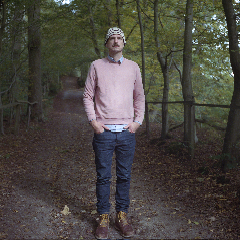 Cabane is the work of Belgian composer and photographerThomas Jean Henri. Having released two previous singles under the moniker, a vision for the debut album started taking place. Will Oldham (AKA Bonnie ‘Prince’ Billy) and Kate Stables (from This Is The Kit) on vocals, with High Llamas man Sean O’Hagan responsible for the arrangements.

‘Sangokaku‘, which will be released on November 22, is the first track to appear from the debut album. The track is a beautiful, pastoral folk song, which evokes the likes of Nick Drake and Vashti Bunyan and sounds utterly timeless. It comes on like the promise of spring in the bleak midwinter. The debut album is entitled Grand Est La Maison, and will be released on February 28, 2020.

A video has been produced of loved ones listening to the song for the very first time in the place where it was written.