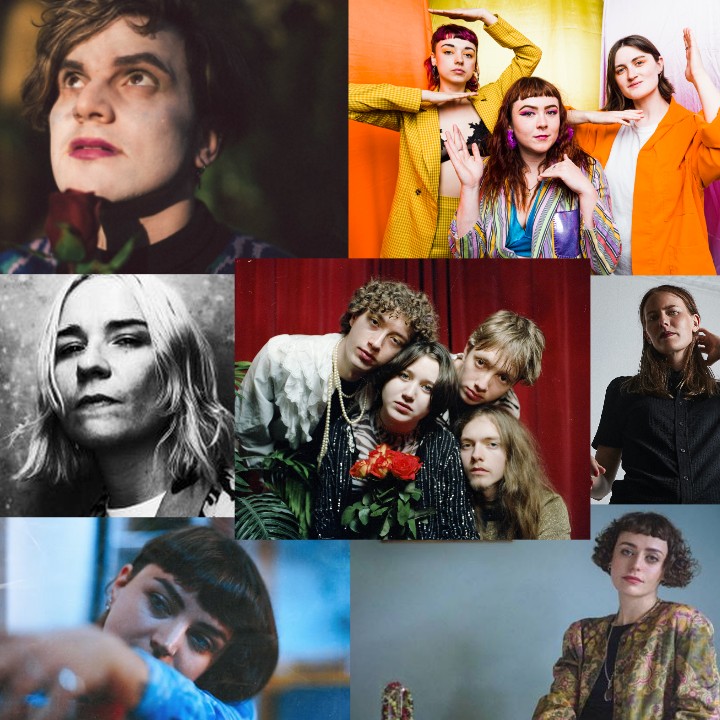 Who? Lande Hekt
What? Everything Ends
Where? Exeter

‘Everything Ends’ was written when she first gave up drinking and felt isolated from social circles because of it. “The best way to make sure you don’t drink is to not hang out with anyone who drinks. And everyone drinks,” she explains. “It was a super productive time for me creatively, but my mood suffered.”

Why we love it? Reflective and infectious, laden with fuzzy guitar riffs and an introspective vocal. An impressive debut offering that is punctuated by anthemic refrains that claw for company. Kickass.(BC)

What they say? “Cherrytight is a metaphor for the backlash and social reaction to the AIDS crisis in the 1980s. The song is a poetic discussion of how the crisis which grieved the LGBTQ community was twisted to promote fear-mongering of homosexual and bisexual people and laid blame on our community. The lyrics relate to the excessive marginalisation which came from the discriminative reactions that pushed the queer community into the shadows. Amongst the catchy bassline and powerful flange is a protest for those queer lives who died in the shadows and those who are emerging from them today.”

Why we love? Infectious, energetic glam-punk from the valleys, throwing early 90’s Primal Scream guitars in with a Suzi Quatro meets The Anchoress meets Ellie Rowsell vocal. Kinetic and urgent with a stomp and a growl.(JA)

Of Byd Ffug’, which translates as ‘False World’, Gwenllian Anthony says “The inspiration behind it was our jams, experimenting with different sounds/pedals and genres. We wanted to create something fun that you could dance too.”

While Hollie adds “It’s basically a middle finger to people who mug you off and take advantage of your kindness”.

Why we love it? Elastic, catchy playful and experimental, the woozy elastic keyboards threading through this percussive and reflective jam. Awesome.(BC)

What they say? Alex Chilltown – the project led by London-based artist Josh Esaw – has shared their new single “Drown” and details of their debut album “Eulogies” – which will be released on 24 January 2020 via Fear of Missing Out Records. Alex says of lead single ‘Drown’:

“’Drown’ was a conscious shift in focus, I wanted to write something that felt urgent. It represents a lot of anxieties I was having about myself and that’s why it has that kind of tightness to it like when your brain is stuck in an anxious thought pattern and you’re crippled with indecision but also can’t stop ruminating on that, it was influenced by a lot of academic stuff I was reading like Mark Fisher and Berardi who had lost hope for the future.”

Why we love it
Woven with an infectious, bittersweet boy/girl indie sound that warmly harks back to the early 00s. This throbbing, poetic cut wrestles with mental health issues and anxiety. Growing into a anthemic Hammond laced belter that throws off the binds of uncertainty in a stream of consciousness swirl of self-affirmation(“to not get lost and never drown”). Powerful stuff.(BC)

Who? Tuvaband
What? He Said Me Too

What they say?
Last month Tuvaband release of their second album I Entered The Void. Inspired by a series of documentaries and media coverage in Norway, of witch hunts and shifting power struggles, in ‘He Said Me Too’ Tuva reflects on ideas such as the cycle of war, as Tuva expands “after a war in a country where one group is oppressed, very often you see that group later go to war against the group that offended”.

Why we love it? Minimal and affecting. Winding its way around your heart like a black widow spider. This dark atmospheric track envelopes you in claustrophobia, trapped in a cycle of dark thick tar whereby the oppressed become the oppressor, and the mentality that being a victim creates an increasingly accepted cycle of revenge, and war. Haunting.(BC)

HAAi and Mute are delighted to launch the label’s latest signing with an EP release,Systems Up, Windows Down, out now.

‘6666’, the last addition to the EP and one of her favourites, was initially composed for the Genesis stage at Glastonbury and . The closing track (which names the EP) is a ten-minute burner which has been garnering love over the summer festivals.

Why we love it?/Weaving static, percussive loops and cut and paste samples into an intricate banger, built for dark dingy clubs and festivals. This is insidiously catchy yet fiercely experimental music that commands your attention. (BC)

What they say?
Produced by Charlotte Spiral and Dan Carey (MIA, Kate Tempest, Sia, Bat For Lashes), she says: “Wide Eyed is about wishing it was easier to enjoy the simple things in life, instead of comparing yourself to the people around you. It’s about wanting to be able to achieve something easily but being frustrated by the difficulties you face to get to it,” the band explain. “Dan’s method of working is based on making quick decisions and committing to them, which resulted in a sound that feels very instinctive and strong in its identity”.

Why we love it? Reflective and meditative this subtle slice of balladry is wondrous. Showcasing Spiral’s excellent vocals and mature introspective songwriting, that intrigues and captures a feeling of wanting to live in the moment. (BC)