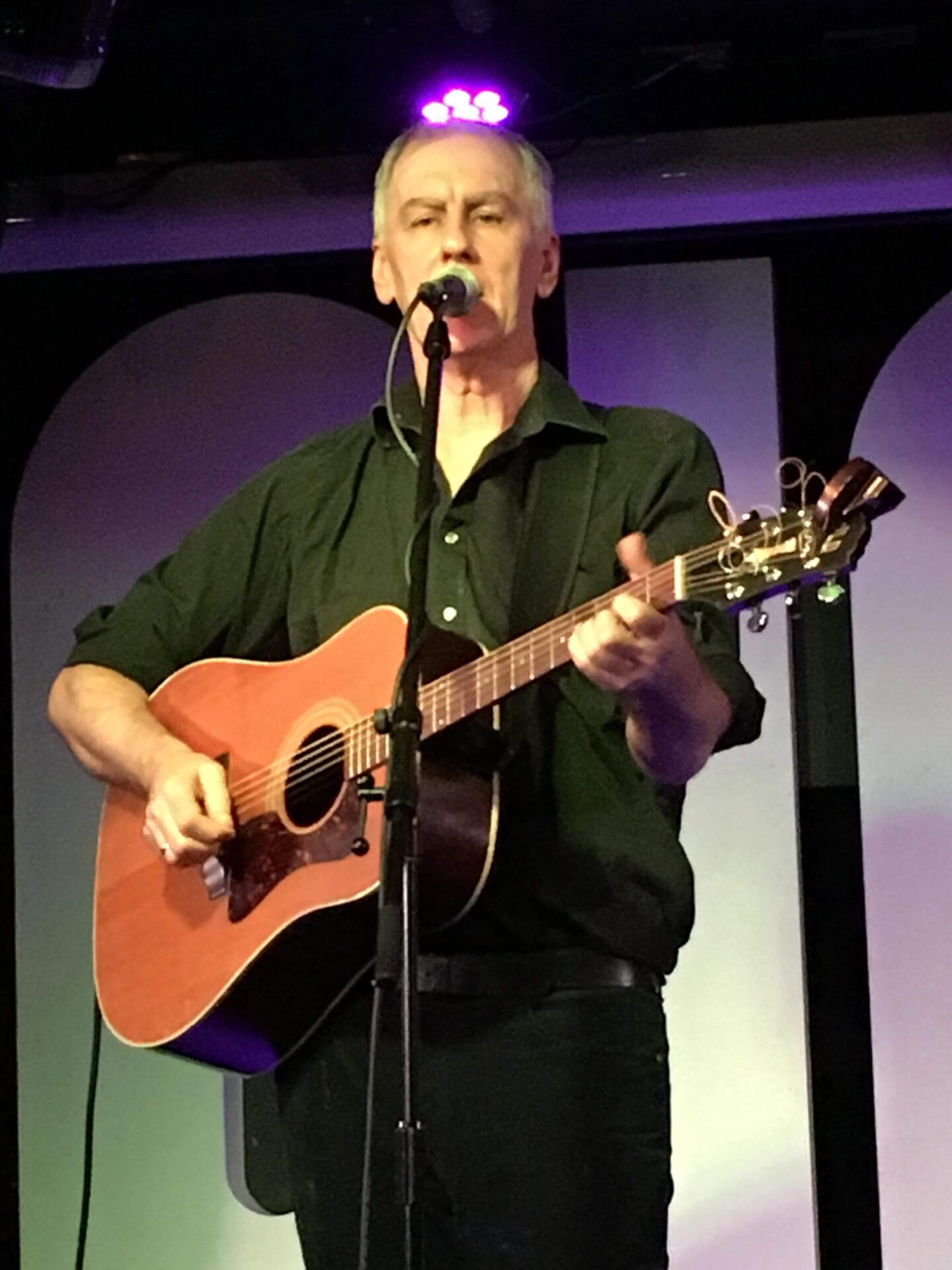 “Hi, great to be here. This is a very special night, even before I start playing” declares Robert Forster, as he takes to the stage of a very well-populated Glee Club. It’s been a good year for fans of the former Go-Between, with a full band tour in the Spring followed now by a batch of solo dates.

For those in attendance, it certainly is a very special night, such is the love (and the word isn’t used lightly) for the man. There’s a real buzz around the room from an audience who are respectful during the songs and rapturously appreciative between them. Opening with ‘Born To A Family’ from his former bands much-loved final album Oceans Apart, Forster always gives the impression of an artist who plays guitar out of necessity, in order to write and perform songs, rather than for the love of playing guitar in itself, and the lack of backing band this time around allows him the freedom to pretty much play what he likes.

‘Spirit’ from The Go-Betweens other late/second period masterpiece, The Friends Of Rachel Worth is joined by 16 Lovers Lane‘s ‘I’m Allright’ to make it an impressive opening salvo before the first of Forster’s solo tracks makes an appearance – ‘Let Me Imagine You’ a perfect example of his warmly humourous lyrics: “I heard you went shopping / And bought such beautiful things / Let me get a calculator / Add up the cost of all those things” he sings while attempting to play a noise that sounds like a calculator on his acoustic guitar. “This is the sound of a calculator. It’s the best I can do” he deadpans. 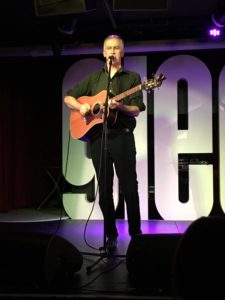 Forster roams the stage with his guitar, still comfortably the possessor of the best facial expressions in music, pausing between songs to tell stories like the one preceeding ‘Darlinghust Nights’ which he wrote in 2004 about the band touring Australia in 1984 from a Sydney base. He even apparently forgets his lack of backing band, shouting “One more” over his shoulder as the epic song continues, in the same way he occasionally counts himself in to songs!

‘Baby Stones’ and ‘Spring Rain’ are received like returning heroes while Forster admits to forgetting to play recent song ‘One Bird In The Sky’ earlier in the set – but then not actually playing it at all! ‘Life Had Turned A Page’, meanwhile (another highlight of this year’s brilliant Inferno) is subject of a lengthy monologue about its guitar solo: “It’s the only one I play all night. Usually people who play acoustic solo don’t play guitar solos!” When the solo comes along, it of course receives warm applause all of its own.

“This next song is what used to be called ‘the single off the album’, now it’s called the video – it’s on YouTube. It’s had 138,634 views, which means I’m a millionaire” says Forster before ‘Inferno (Brisbane In Summer)’, the most playful song from the recent record. ‘In The Core Of A Flame’ from arguably his old band’s best album Liberty Belle & The Black Diamond Express could lay claim to being the best of all of Forster’s songs (he and the sadly missed Grant McLennan used to write five each, for all nine of their albums).

“This next song starts with the greatest, the only really, guitar riff I have ever written”, claims Forster before starting to play ‘Learn To Burn’ then pausing the song to say “I could imagine Guns’n’Roses starting like this”. There is then an explanation of the current ‘encore’ strategy in the world of Robert Forster “I used to go to the dressing room and hope that someone’s clapping. I’ve waited in there for hours sometimes…so I don’t risk that any more, I stay on stage!” before he continues with a ‘bonus’ section where he casually throws in the devastating ‘Demon Days’, the old favourites ‘Head Full Of Steam’, ‘Surfing Magazines’ (complete with mass singalong) and ‘121’.

‘Rock and Roll Friend’ is a fitting way to end, being a late first period Go-Betweens song that was actually re-recorded for Forster’s nineties album Warm Nights – but there’s still one more, the audience shouting for requests before Forster selects one to play – the beautiful ‘Dive For Your Memory’ from 16 Lovers Lane.

It’s a magical ending to a show that proves the absolute wealth of material available to Robert Forster. He could play another equally good show tomorrow without repeating a song, such is the depth of his catalogue.