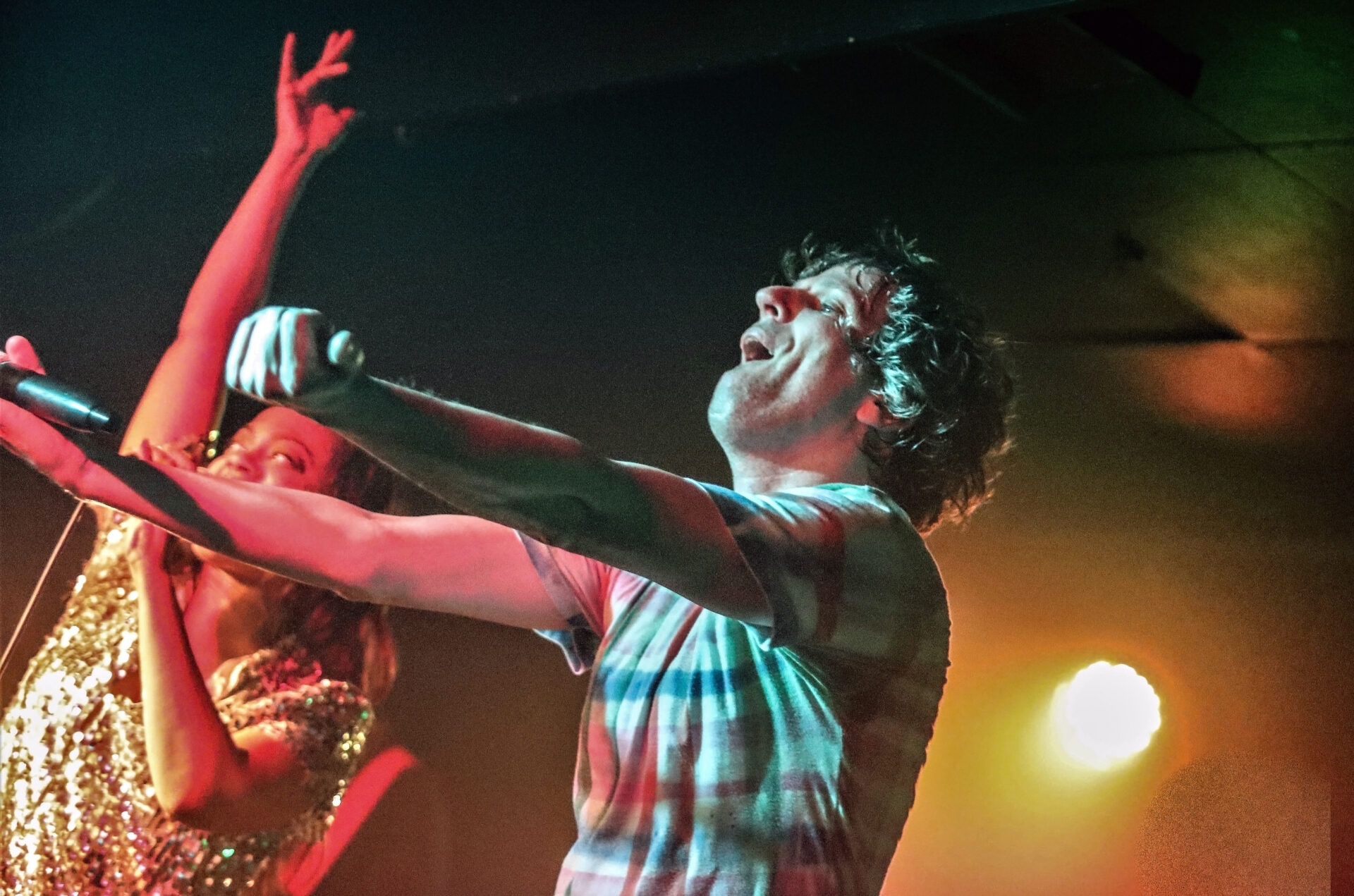 It is Thanksgiving Day in the United States of America. A day considered by many not to be a cause for celebration, though, but a time for mourning, commemorating as it does the conquest of Native Americans by colonists. Nic Offer, lead singer of !!! (the band with the triple exclamation mark name whose phonetic transcription is Chk Chk Chk), acknowledges just as much about his home country and instead chooses to give thanks for the pleasure of being here this evening in the Crescent with his fellow musicians. And we show similar gratitude because tonight York is a go-go and everything, well, tastes nice.

It is the taste of everyone just having a real good time because from the moment !!! press their collective foot firmly down on the accelerator for opener ‘One Girl/Boy’ before finally easing off the gas 75 minutes later as the final strains of second encore ‘Slyd’ drift out into the cold night air, it is punk-funk party time at the Crescent. For the third occasion in less than a week this former working men’s club – tonight’s show was preceded by two similar freewheeling dance-infused bangers courtesy of first the ex-man machine Wolfgang Flür and then the following evening, electronic firestarters Dub Pistols – is playing host to one huge non-stop party. 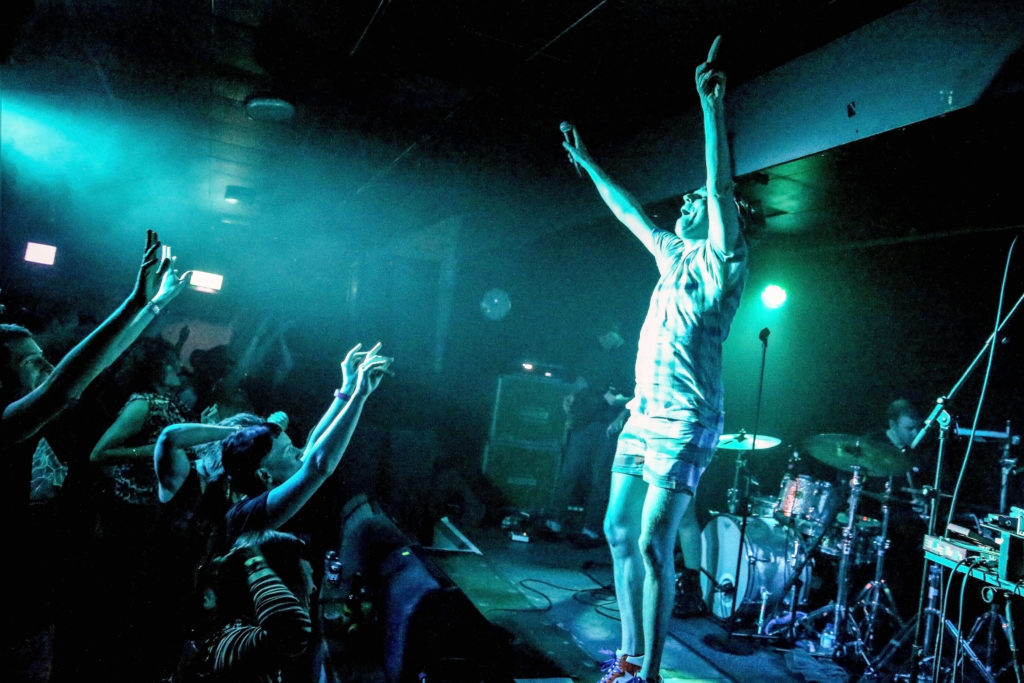 For their part, !!! draw from a deep musical well that has been filled with gallons upon gallons of punk, funk, disco, techno and house. Their celebratory sound overflows with twitchy, effervescent guitar chords, elastic bass lines and in Nic Offer and soul siren Meah Pace they possess two of the most energetic and visually dynamic singers this side of Sacramento.

Offer bounds on stage as if arriving at some private beach party, dressed as he is in a loud red, white and blue checked suit complete with flamboyant pool boy shorts and matching T-shirt. Pace joins him shortly afterwards in a sparkling silver dress and together they career all over, and in Offer’s case regularly right off the stage whilst he wades knee-deep in the crowd trading dance moves with suitably wide-eyed punters in what is a constant blur of joyful abandoned motion.

The songs come thick and fast, all uninhibited groove-laden monsters one after the dizzying other with nary a pause for breath. It all makes for some fantastic, hot, sweaty and the most unadulterated of fun.