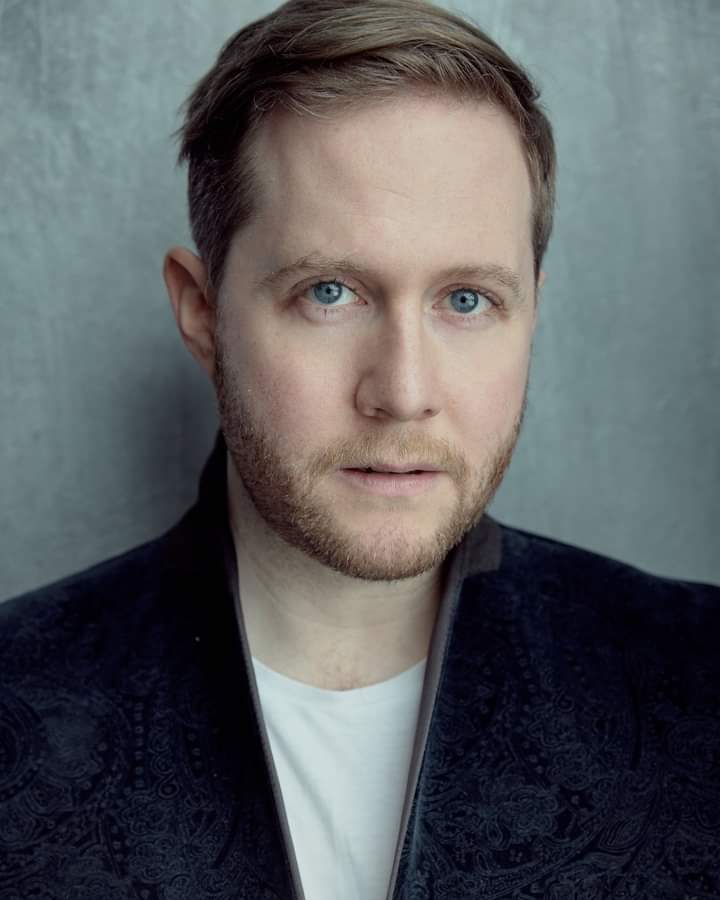 Greetings Nigel! How goes it and how is your album doing in terms of reception? Give God is in the TV the lowdown!

I’m really happy with the reception the album has received so far – the reviews have been more than I could have hoped but the best thing is hearing people telling me how much they’re enjoying it and everyone seems to have a different favourite. Radio play has been steadily increasing, we had Janice Long play ‘I’ve Seen Forever’ the other week and the track is the second most played track on UK Independent Radio at the moment – which as an independent musician is something I’m really proud of. Lots more new music videos coming up soon, with ‘Well, Well’ by the hugely talented John Clay, ‘Smiling and Laughing‘ which stars Ewen MacIntosh and ‘Stepping Up’ which is going to be an animated clay stop-motion video by my brother Terry.

Crikey! Do you plan to make a video for every track on the album? How many is that now?

I’m trying to do as many as I can as I really enjoy making them and having them as another piece of ‘art’ as it were, for the album. Anything I can do to be creative or part of a creative team.

Well, your creative exploits have led me back to listening Revolver (it’s been ages) again! The Beatles are quite a strong influence as ever. Bet you have some surprise album influences you might want to share with us, yes?

I’m glad I could lead you back to Revolver! My favourite Beatles albums are probably A Hard Day’s Night and Rubber Soul. Even though my music sounds nothing like theirs, I love the passion and feel of the first Rage Against the Machine album (Zack MEANS what he’s singing) and the raw emotion of In Utero. After thinking ‘Uptown Girl’ was really all Billy Joel had done, I’ve also recently been listening to ‘The Stranger’ album and have been loving the quality of the song-writing and lyrics. The great thing about music is you’re always learning and there’s always something unexpected popping up that inspires you.

Did any of those influences play into ‘Well, Well’? Tell us of your creative process as per that song.

Not directly with that song, but as they all contributed to the musician I am today, they all had an influence. ‘Well, Well’ started off as a few lines of poetry and some gentle guitar chords. The lyrics are really from the heart on that one, but I feel it’s an optimistic song – bad things happen but time passes and you’ll see they don’t matter in the end. I knew early on I wanted something special for the ending so worked hard on the build-up leading to the final cymbal crash – if you listen carefully you’ll be able to hear some Morse code sent by the Titanic.

I feel you’ve given me an answer that deserves a little more specificity, but that’s the crazy game of song writing, isn’t it? Saying dark and multifaceted things in code, as a way to entertain, but also to protect oneself. I’d say In Utero champions that kind of confessional rather well. Care to shed some light on a fav lyric in ‘Well, Well’?

‘Well, I fell for you a thousand ways but you lost me a million times’ – Sometimes you feel something is SO important, the most important and special thing ever. A part of your life you’d be empty without … but looking back the loss isn’t really yours at all. It doesn’t just refer to a relationship or relationships, but more how you value important things in your life and how perspective changes the perceived value of those things.

How does the video connect to the song, or is it free association? You Seem to be regretful in some of your expressions, and although wistful, there is a palpable sadness in your performance.

The video both separates – and connects – the lyrics to the song. You get to see my holding some of the lyrics which are hand-written so in those parts focus more on the words themselves instead of how I’m singing them. But then you’re also disconnected as the images and scenes around London aren’t obviously related to those words, so for me, it’s video you can watch and get something new either visually or lyrically every time (which of course is going to affect how you listen to the melody of the song too). We filmed some places that are particularly special to me in London and it was really satisfying to see the finished result and how well it had turned out.

You seem to be playing tourist to the camera in a shot. Something very intimate between your interplay with the camera there. And then there’s the shots with the glass of liquid becoming polluted in some way? I say all this having my reasons for their inclusion in the edit, but I’m always intrigued as to the understanding of the artist in collaborations such as this. What new meaning did you interpret in your last watch?

Yes, playing the tourist – but who’s doing the filming? Is it a lost love? And while I’m holding the words for the viewer to see did I write those or is that what the viewer/person filming sees when they see me and it’s actually their thoughts? The glass and liquid is interesting as it’s so open to interpretation for the viewer. It could certainly represent pollution in London or in a relationship. I drink it at one point so it could also be poison, metaphorical or literal if we’re being dark.

Some worthy points there. Is the inclusion of the Morse code random, or does it represent something to do with doom? We really can’t escape the fact that your sunny songs often lead us toward the dark undergrowth of the soul!

It’s not random – I’ve been studying the Titanic since I was about five when my elder brother came back from school having learnt a song about the ship and I was instantly and permanently fascinated. I wanted some kind of ‘noise’ at the end to fill out the feel of the track and not have it quite so clean – the Morse code is a cry for help but also represents the past.

Nigel Thomas, man of mystery, once again balancing light and foisting dark into unsuspecting passengers aboard his latest long play voyage. Before we close, what are your plans for 2020, and will you create a video for each song? I feel like placing a bet that you actually might!

I’d love to do a video for every song, if I have time and inspiration. I think I may well do that! I’m bubbling with ideas and new songs for the next album and absolutely love recording especially when I get to work with such talented and creative people as Tali Trow, Patrick Kenneally and Jon Bretman – so if I can save up enough pennies, going backing into the studio is going to be a priority for me next year.

I knew you’d commit to film for all the tracks. Glad to hear my money has been well placed. Thank you for chatting with me about all things Nigel Thomas!

Thank you for your interesting questions!