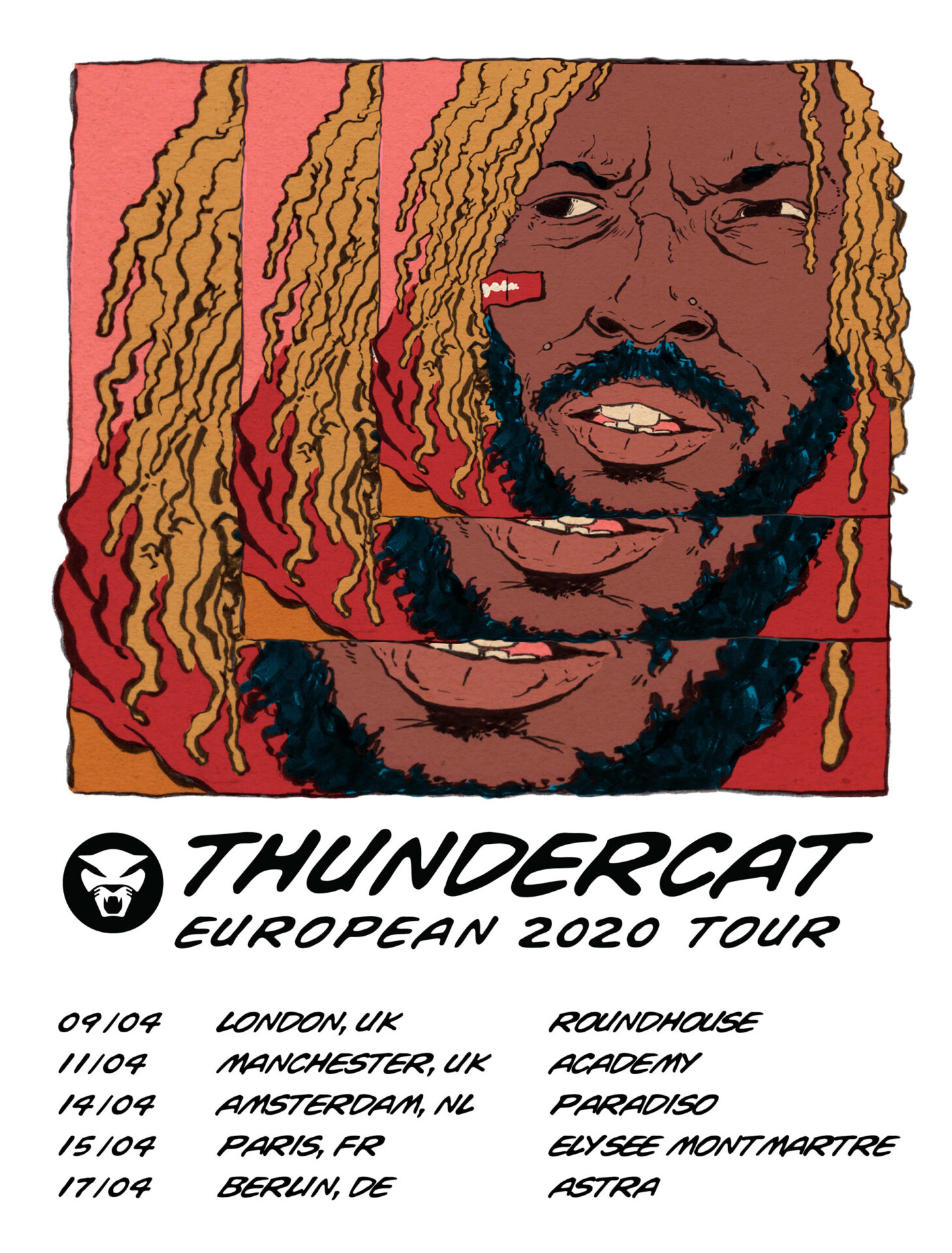 Thundercat has announced a short European tour. The tour will include a performance at London’s Roundhouse, which will be his biggest UK date so far. He is also set to embark on a lengthy North American tour next spring.

The LA producer is noted for his work with Kendrick Lamar and Flying Lotus, winning a Grammy for his work on the former’s track ‘These Walls’ in 2016. Specialising in funk, jazz and electronica, he released his acclaimed third album Drunk in 2017 on Brainfeeder, the label founded by Flying Lotus and distributed by Ninja Tune. He played a sold-out residency at New York’s legendary Blue Note venue in 2019 and supported Anderson .Paak on his US Tour, also performing as part of the Meltdown Festival, which this year was curated by Nile Rodgers.