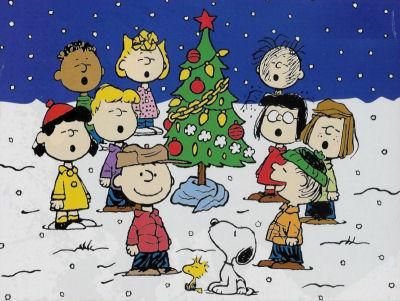 We all know the Christmas songs that sit atop the festive playlists like tinsel lined indomitable Mt. Rushmores. Your Pogues, your Slades, your *vomits* Mariah Careys. Despite the obvious classics, much of these perennial yuletide songs infect every waking second of December like festive-themed ear cancer. To the point that a shop in York has banned them to save their workers a sleigh ride direct to Broadmoor. There have been numerable ‘indie’ Christmas songs that occupy a similar terrain – Low, Sufjan, *vomits once again while stabbing the nearest DJ* The Killers. While many of these songs are inherently wonderful, they lodge themselves firmly in any lists of the best ‘alternative’ Christmas songs, becoming staples that eventually lose some of their golden shine through the grind of repetition.

So my mission with this article is to create a list of the best alternative ‘alternative’ Christmas songs, with some familiar faces and hopefully some songs you have never heard of. Unless you have heard of them. Then well done. You win.

There have been more versions of ‘Silent Night’ than there are pebbles on Skegness beach. That would be true if I wasn’t lying but this version by Nathan Fake is undoubtedly the most interesting and unique. Twinkling, luminous synths dance with verve across the familiar notes of this perennial hymn, creating something delightfully new out of a tune seemingly as old as time.

It seems a tragedy that Ballboy haven’t released an LP in over a decade but they did put out a little known EP in 2013, Merry Christmas to the Drunks, Merry Christmas to the Lovers. The lovely low-key acoustic title-track of staring into a loved one’s eyes as the snow gently batters the windows is the perfect antidote to the frenzied bells and whistles of much Christmas music.

ADAM & ELVIS – Santa and the Great Beyond

I actively hate music videos and find it constantly baffling that bands continue to produce them. However, ‘Santa and the Great Beyond’ by ADAM & ELVIS is a rare example of a song that is actually improved when watching the video. This track about Christmas boozing and romantic desperation stands in wonderful contrast to a hilarious video of singer Patrick Malone dancing round Reading with what appears to be his only friend, an invisible cat.

Originally written for the first Doctor Who Christmas special The Christmas Invasion, The Divine Comedy frontman’s version actually didn’t make it to TV but this is the superior take. Song for 10 is a track of hope and promise at the sight of a new sky, new teeth and all the possibilities of a new life. In the words of the Doctor him(her)self – fantastic.

Christmas is often a contusion of emotions – from euphoric to desolate via nostalgic and tedious. This track from Ben Parker is as bleak as Christmas music can be; a quietly savage lyric of somebody for whom the holiday as become an endless cycle of cynicism, disappoint and despair. Not one to play during present opening but a wonderful track nonetheless.

Los Campesinos! – A Doe to a Deer

Los Campesinos! have released many excellent Christmas songs and I chose this dreamily fizzing track purely for the line about Boxing Day football. At Leicester vs. Birmingham Boxing Day 2003, somebody said the worst thing I’ve ever heard at a football match. After our then captain Matt Elliott was sent off, the bloke sat next to me shouted at the referee; ‘I hope you choke on your fucking Boxing Day turkey sandwich.’ Absolutely savage, especially considering it was 200% a red card.

Released this September, this track by the prolific and increasingly virtuoso ambient composer Angela Kilmek is an intensely blissful ode to winter and all its complexity. This droning soundscape is certainly haunting, how the feeling of darkening winter skies causes an intrinsic sadness but also how it evokes a sense of sublimity.

I chose this because it’s a good example of a cover being far superior to the original. Paul McCartney’s version is depressingly maudlin and derivative, but this take by The Shins has punch and a spikiness to it, while still remaining wonderfully merry.

Harvey Danger – Sometimes, You Have to Work on Christmas (Sometimes)

Most famous for Flagpole Sitta which was used for the Peep Show theme tune, this song by Harvey Danger rings much too true for those of us engaged in the endless slog of retail. While the music is fairly straight and reserved, at its heart Sometimes, You Have to Work on Christmas (Sometimes) is classic festive song of sadness, nostalgia and longing.

Advance Base – Christmas in Dearborn

Owen Ashworth’s music has always had the feeling of being stuck together with sticky tape – rustic but always dazzling. Christmas in Dearborn uses simplicity to tell a deeply emotional tale of somebody returning home for Christmas, and find themselves drenched in nostalgic sadness but accepting that, at some level, that is exactly what Christmas is.

Yr Friends is the side-project of Alexi Barrow, lead singer of the ever brilliant Johnny Foreigner. This nice, lo-fi but sparkling track appeared on his 2016 EP a hiss, at christmas. This is a delightfully scrappy song driven by twirling synths and 8bit energy but also bursting with charm.

Without question the weirdest song on this list but also, perhaps, the best. Christmas Reindeer showcases what is genius about Karim Dreijer’s song writing, how she reconfigures obscurity of tone, instrumentation and words to create oddly beautiful pop music. The brutal, hypnotic drums, the shivering vocal, the enigmatic lyrics – it should all combine to create something intensely esoteric it feels overwhelmingly arcane. But it doesn’t, it feels like a pop song, because that’s what it is.