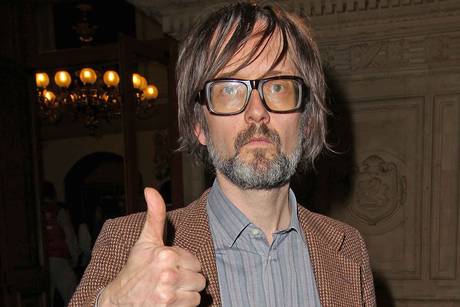 Yesterday, after a fan campaign sparked by the general election Jarvis Cocker‘s ‘Running the World’ scaled the UK charts to reach number 48 overall and number 2 in the download chart for Christmas week. Raising some good money for Shelter in the process. The organisers thought the campaign was over.

However overnight Jarvis Cocker’s ‘Running The World’ surged up the UK Charts from number 48 to number 2.

So they are now continuing the campaign, now switching their attention to trying to make ‘Running The World’ the first number 1 of 2020 this January and raising as much cash as is humanly possible for SHELTER, the homeless charity in the process.

Jarvis also shared a new version of the track to back the campaign this week.