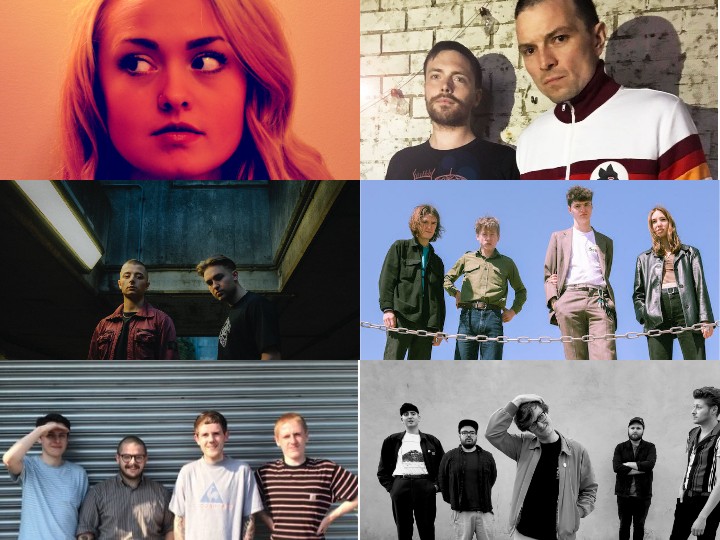 In order to highlight acts from different parts of the UK and the globe. We are running our tips regionally this year, here is our first selection of emerging acts for 2020.

It is getting on for some two years since Cruel World played their first ever show, supporting the Philadelphian singer and DIY icon Karl Blau no less at the Brudenell Social Club in their home city of Leeds. Within a month they had also opened for first the Portland experimentalists Blitzen Trapper and then fellow American Lucy Dacus. Right from the very start they were keeping some mighty fine musical company.

By that time the five-piece band had also released their first single ‘Boxer’, but as we can now see Cruel World are in no particular hurry to get to wherever it is that they are going. It was to be another 18 months before their next recorded music saw the light of day – their self-titled, five-track debut EP was released in October of this year – but when the songs that they produce are this appealing and so well-crafted there is absolutely no need to keep one eye on the clock.

Cruel World ended this year back at the Brudenell headlining local live music promoter High & Lonesome’s Christmas Showcase in which all money and food donated on the door was given to a local food bank. In 2020 should the band add some more impressive tunes and further live shows to their already unquestionably strong social conscience then their star could very soon be in the ascendency. (Simon Godley)

Listen to ‘Take The Reigns’, the lead track from the Cruel World EP

Prospa are the duo of Leeds natives Harvey Blumler and Gosha Smith. They are thrillingly retooling rave culture for the new millennium. Making their arrival with the excellent debut single ‘Prayer’ at the start of the year, its pulsing beats, visceral synths and soulful vocal samples made an indelible mark.

They followed it up with a string of releases including the brilliant ‘Guitar Anthem’, deftly blending house beats, with simmering keys insidious riffs and samples. Like being plugged into the national grid, you can’t fail to move your body to this. Fantastic and floor-filling.

2019 also saw them make their debut at festivals including Glastonbury, Lovebox and Parklife, sharing the stage with the likes Jon Hopkins, Paranoid London, Jayda G and more.

Most recently the awesome ‘Control the Party’ lifted from their glitchy EP saw the light of day. Laced with skittering beats, synth stabs, thudding bassline and instructive sample recalls nights of hedonism, it wouldn’t have sounded out-of-place on Jeremy Deller’s recent documentary on 80s and 90s rave culture. We dearly hope a full-length album will see the light of day in 2020. (Bill Cummings)

Hartlepool’s Mt. Misery stepped things up early last year with their self-titled second EP but it was standout track ‘Lonely Pines’ that really turned heads. A glorious warm-to-the-touch slice of nostalgia and heartbreak sprinkled with enough left coast hooks and melodies to shake off even the hardiest of seasonal hangovers.

With a new single scheduled for Spring, an autumn album planned and a host of wider regional live dates already announced the band are keen to push their chill Brian Eno/James Taylor vibes forward more this year. With a sideline in cool artwork and merch, occasional onstage topiary and matching dungarees, expect a savvy and stylised twist to their classic sound. (Steve Spithray)

The last twelve months have seen Working Men’s Club touring with Fat White Family, signing to Heavenly and earning rave reports for performances at Swn festival and The Great Eacape. “We do this because we love it.” says enigmatic singer Sydney Minsky-Sargeant, “But it’s not about us, we’re just faces. Working Men’s Club is about the music, the vibe, and that feeling, forcing you to move. Anyone can join.”

Recent single ‘Teeth’ is a visceral, abrasive, jagged assault on the senses. An electric shock to apathy, waking up with a start and being plunged into nightmarish chaos. Laying a crunching techno beat and welding it with ominous vocals that ruminates on the absurdity and existential despair of life in 2019, amidst caustic burrowing guitars and instrumental loops. With nods to Cabaret Voltaire, Pil and Underworld it sounds like the post-Brexit end times it feels like we are hurtling towards. This four piece from Hebden Bridge could be the soundtrack to 2020! (Bill Cummings)

The surprise smash and grab of Benefits’ debut release ‘Taking Us Back’ in October blended elements of post-punk, Sleaford Mods’ cutting satire and (criminally overlooked anarcho-recidivists) The Private Sector into three minutes of topical and instantly memorable political rhetoric. However, frontman and guitarist Kingsley Chapman (ex-The Chapman Family, The Murder) promised something more caustic and musically challenging going forward. Indeed, the band’s only gig to date was 17-minutes of scorched earth guitar noise and ideology half-buried in the brutal delivery and industrial noisecore of the majority of the set with some of the audience barely registering a reworking of The Chapman Family’s ‘Kids’ in the entangled discourse.

For those at the back this is a band who are basically anti-establishment to the point of anarchy but with a canny knack for simplifying what we are all thinking into savvy-as-fuck soundbites. Follow up, ‘Marlboro Hundreds’ is indeed less song-shaped but no less vital as it disassembles political junk into you, your National Insurance number and your apathetic ignorance of the crumbling state.

And while the visceral dual polemic refrains of “you are not a statistic” and “ignore cartoon fascists, reject hate” are almost lost in the sweet, sweet melee there is a depth to the composition that demands repeat listens and, in a wonderful year for heavy experimental music and, armed with guitar, bass (Paul Chapman), drums (Jonny Snowball) and a sequencer (Robbie Major) all mixed way in the red, they create sheets of aural abrasions like a sonic layer cake. As distortion and static dual with guitars and drums ‘Marlboro Hundreds’ is the sound of a doomed Brexit, but it’s the sound of something starting to happen too… (Steve Spithray)

Leeds based L.H.B has recently launched new album Down Yonderland, a spirited and modern blend of ambient electronics and pop that makes for a chilled listen of lush tunes. Lucy Banks writes using samples and LogicPro, before putting a melody over the top, and the result is some gloriously glitchy rhythms, beautiful beats and expansive choruses. As well as toe-tapping dance there’s soulful ballads and stripped back R’n’B. It’s still early days for the artist who only started releasing stuff in 2019, but 2020 will see her moving further into the ascendency. (Francesca Baker)