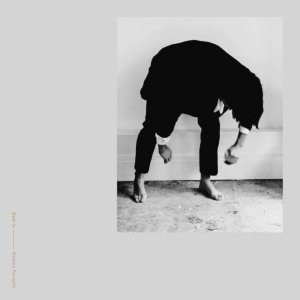 I had hoped, when coming to review Debris, the debut album by Keeley Forsyth, to be able to get away with a bunch of glib jokes at the expense of actors and their musical careers. You know, William Shatner and Jimmy Nail. Robson and fucking Jerome. That kind of thing. I did not expect, even on the superlative evidence of the few tracks I’d previously heard, to be confronted with a body of work as impressive, as complete, as Debris. Every nano-second of it commands a response so personal, so intimate, that admitting any kind of relationship to it at all is a baring of your innermost pain and longing.

So no jokes today then. The usual snarky comments and back-handed compliments aren’t going to cut it. Cue the back story: in 2017 Forsyth was doing ok, with solid parts in TV dramas like Happy Valley and even a few weeks as a miscellaneous alien in Guardians of the Galaxy. Then the toll of playing a succession of traumatised victims brought about some kind of physical and emotional crisis. She lost, so she says, the ability to move her tongue. This record, and it’s a project that has matured over several years, is the result. A journey into the underworld and the trail back out.

On the eight songs here, Forsyth sounds like someone learning how to speak again. It’s all in that voice, the vibrato an abyss consuming its own words. Now and then a phrase surfaces – “these thoughts are hard to get used to” twists on a hinge of understatement in the centre of ‘It’s Raining’, or “if I could touch this sadness / I would change the world / tonight”, which breathlessly closes ‘Lost’.

‘Lost’ is the song that Forsyth most feared including and the song she most feared not including. “Is this what madness feels like / the smooth space after all boundaries have been dissolved?”, she asks in a rush, from a space where the personality has disintegrated into a slew of barely coherent images, but somehow held in place, in the way that a river is held in place, by her voice.

Elsewhere there are things which more closely resemble songs. ‘Look to Yourself’ is both a lullaby and an affirmation of common humanity, and ‘Butterfly’ is a kind of whacked-out, heavily-medicated Ivor Cutler-ish folk standard, describing a woman building a house of thorns with a trampoline and garden of snakes, which somehow ends in an encounter with a liminal place or personage, “half-butterfly / half-window”, an entity that is both threshold and transformation, and which is perhaps herself. It’s like listening to the throb of one of Paul Nash’s enigmatic landscapes, or the forlorn murmurs that might emanate from a nebulous, cryptozoological assemblage gazing slyly from a Leonora Carrington or Remedios Varo painting.

Composer Matthew Bourne delivers an outstanding collaboration. Allegedly a jazz pianist, his work could be described as closer to ambient or minimalism, or more properly a place where none of these labels apply. On ‘Look to Yourself’ the stroke of a single piano note here and there illuminates an obsessively repeated guitar line that somehow barges its way into the sedate foothills of a Popul Vuh soundtrack just before the final chorus. ‘Large Oak’ shimmers on its violins in a kind of creaking haze and ‘Lost’ bears the testimony up into the stars on the faintest breath before briefly overwhelming it with strings that immediately melt and fall away leaving the song, “blind / hurt beyond hurt / beyond your touch / my body peels / off into the night”.

On the last track, ‘Start Again’, icy, gothic synths emerge from the trees, and after the restraint of the preceding seven songs, it’s like a thunderclap. “Is this the remarkable point of no return? / oh where shall I go?” she asks, waiting for the lightning to strike. It’s an incredible ending, no sooner has she created this perfect little musical world than she is bidding it goodbye and striking out on a new path. But then, if you’re going to come back from the dead you’d best not to linger too long getting selfies with that cute, three-headed doggo at the gate. And don’t even think about a backwards glance. Best get moving with whatever you’ve brought back with you before they take it away.

Yeah, Debris struck a chord with me, one that I’ll be spending the rest of the year ruminating over. This beautiful record that constantly threatens to expire in its own harsh depths is the sound of someone coming back to us. It’s a performance, of course – she is an actor after all. But it’s a performance drawn from somewhere deep inside, a breakdown, a motionless tongue finding its strength again. Debris can join Nick Cave’s last two albums as the soundtrack to your loneliest moments, the hand you will want to grasp when you come apart, a voice that will touch your sadness and change your world tonight.