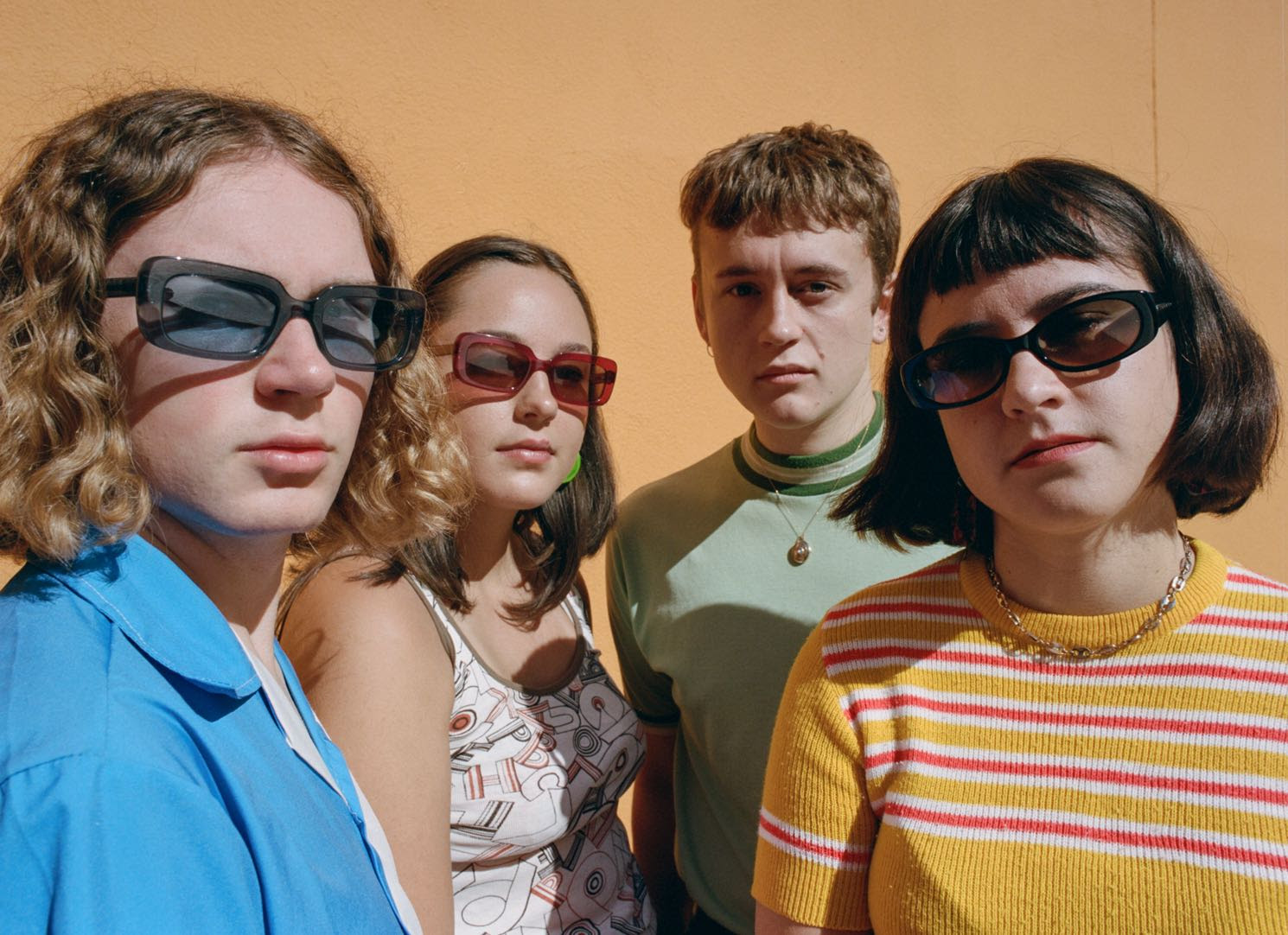 The Orielles have announced details of the release of their second album, Disco Volador. Out on Heavenly Recordings on Friday 28th February 2020, it’s the follow up to their 2018 debut Silver Dollar Moment.

The press release promises “Disco Volador sees the 4-piece push their sonic horizon to its outer limits as astral travellers, hitching a ride on the melodic skyway to evade the space-time continuum through a sharp collection of progressive strato-pop symphonies.”

“Its literal interpretation from Spanish means flying disc but everyone experiences things differently. Disco Volador could be a frisbee, a UFO, an alien nightclub or how you feel when you fly; what happens to your body physically or that euphoric buzz from a great party,” suggests bassist and singer, Esme. “But it is an album of escape; if I went to space, I might not come back.”

Voyaging through cinematic samba, 70s disco, deep funk boogies, danceable grooves and even tripping on 90s acid house, Disco Volador is set to propel The Orielles spinning into a higher zero-gravity orbit. Written and recorded in just 12 months, it captures the warp-speed momentum of their post-Silver Dollar Moment debut album activity: summer touring, playing festivals like Green Man and bluedot, Disco Volador’s library catalogue vibes stem from a band lapping up and widening their pool of musical discovery whether nodding to Italian film score maestros Sandro Brugnolini and Piero Umiliani, or the Middle Eastern tones of Khruangbin and Altin Gün.

“All the influences we had when writing this record were present when we recorded it, so we completely understood what we wanted this album to feel like and could bring that to fruition,” tells drummer, Sid. “This is the sound of where we are at, right now.”

Returning to Stockport’s Eve studios with keysman Alex now adding texture through his classically trained know-how, they re-joined engineer Joel, and producer Marta Salogni (Liars, Björk, The Moonlandingz) who worked on their debut.

Finally, having played a sold-out U.K. tour at the end of 2018, including a show at London’s Heaven, the band return in February of next year to play their biggest headline shows to date. The full list of shows is as follows: