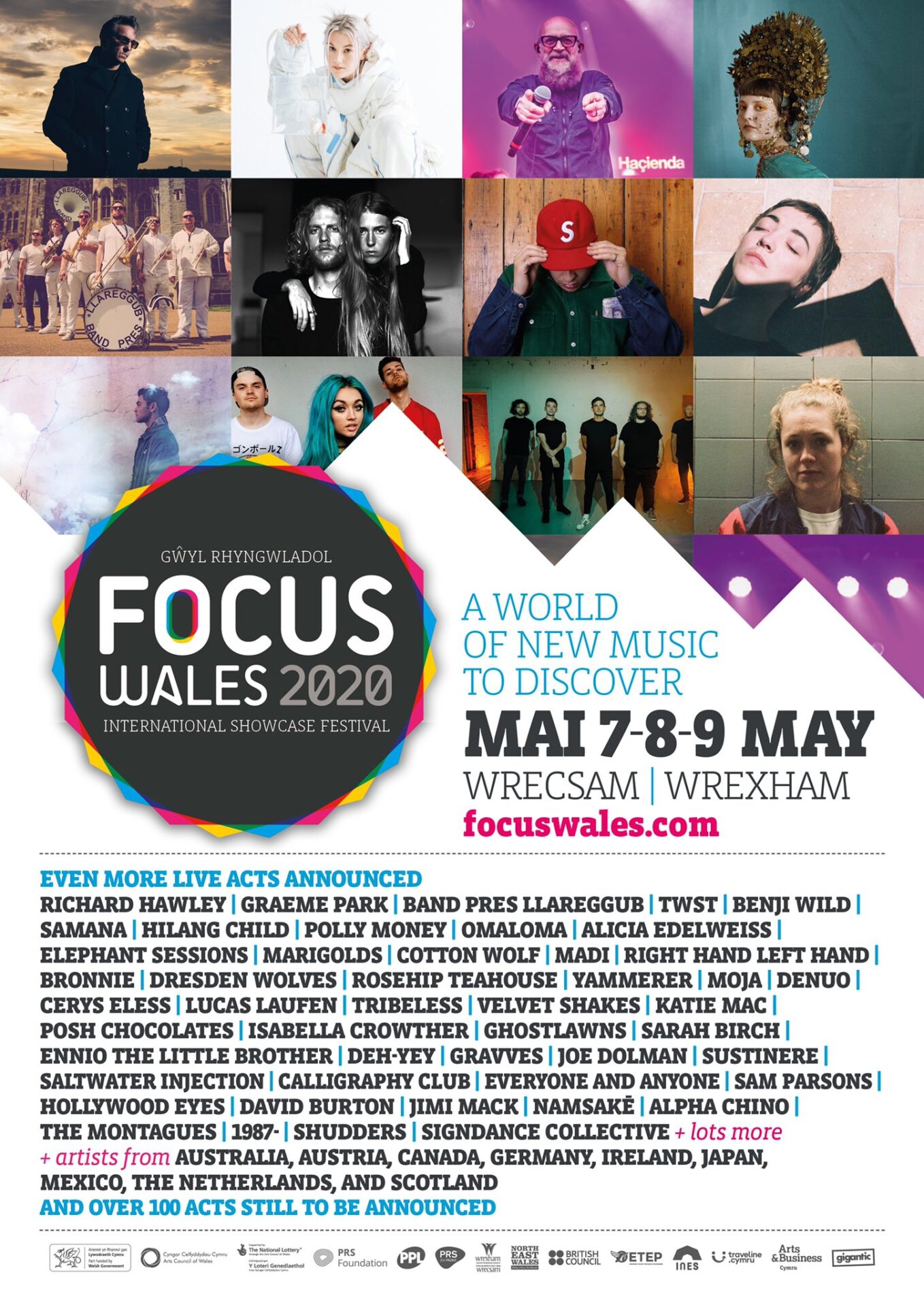 FOCUS Wales’ 10th anniversary edition will take place in Wrexham over 7th-9th May 2020! They have announce a new wave of artists for this years festival, including legendary musician Richard Hawley as one of their special guest headliners to play on the Friday of FOCUS Wales 2020.

In the two decades that have elapsed since Hawley jettisoned band life first with The Longpigs and then as Pulp’s guitarist the 52-year-old has forged one of the most diverse careers in modern music. In 2019, his ninth studio album Further achieved his joint highest chart entry at number 3. Richard Hawley will be playing William Aston Hall on Friday 8th May 2020, as part of FOCUS Wales 2020.

Announced for the FOCUS Wales conference today is Janice Long (BBC). Janice was the first woman to have her own daily show on Radio 1. Summed up recently, The Radio Times quoted “This woman made a seamless segue from Radio 1 to Top of the Pops to a late-night slot on Radio 2 without any dampening of her passionate fire for music, old and new. Her knowledge of music is encyclopaedic; audience engagement remains her motivation. And, lest we forget, Janice championed Primal Scream and was the DJ who gave Amy Winehouse her first radio session.” Janice will be in conversation with Chris Hawkins (BBC Radio 6Music) on Thursday 7th May.