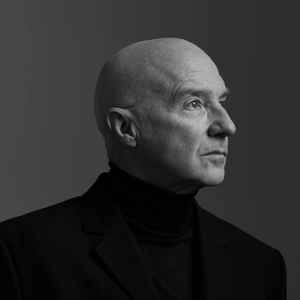 Billed as The 1980 Tour, Midge Ure’s ongoing jaunt around the country and beyond has really caught the public’s imagination; such was the demand for the Birmingham leg of the tour in October last year, a second date was added for 2020. This pleasingly (and scarily) makes it a round 40 years since the release of two key albums on which Ure featured: Ultravox’s seminal Vienna, their fourth album but first to feature Midge as the new vocalist, and super-group Visage’s eponymous debut.

Kicking things off tonight though are Dublin’s Tiny Magnetic Pets, a trio perfectly suited to such an engagement with their pristine synthpop. ’All Yesterday’s Tomorrows’ from 2017’s Deluxe / Debris is first up and demonstrates the group’s success in the marrying of icy synths with the warm humanity of Paula Gilmer’s vocals – a formula that worked nicely for Vince Clarke when he teamed up both with Alison Moyet in Yazoo and Andy Bell in Erasure.

There’s plenty to enjoy in their half-hour set, ‘Here Comes The Noise’ recalling a faster take on Saint Etienne’s ’Like A Motorway’ (perhaps the M40 rather than the M6), though closing a support slot with a ten-minute long ‘Semaphore’ was probably a risk that just about paid off.

Band Electronica are Midge Ure’s backing band, and they take to the stage with the sound of a radio dial flitting between various tastes and key events of 1980 – a Frankie Goes To Hollywood style nuclear war education clip, the voice of the then Prime Minister (her name escapes me), pickets clashing with Police, an article on the New Romantic ‘Blitz Kids’, Wolverhampton Wanderers winning the Football League Cup (well most of those things anyway). And as Midge appears, so does the magical opening of the famous Top Of The Pops theme tune ‘Yellow Pearl’, credited to Phil Lynott, but co-written by Ure. It’s a fun, unexpected and magical start to a show that promises the Vienna album in its entirety and highlights from the classic Visage debut.

It then becomes clear that those Visage highlights will precede the Ultravox section of the show, with the TOTP theme blending seamlessly into the album’s (and band’s) title track. Ure is on guitar now and it’s wonderful to also hear songs like ‘Blocks On Blocks’ and ‘The Dancer’, not to mention the brilliant cover of Zager and Evans’ 60s hit ’In The Year 2525’, (this song featured on an 80s Visage compilation), and smash hit ‘Mind Of a Toy’. Clearly, Midge Ure does not vocally sound like iconic Visage frontman and New Romantic kingpin Steve Strange, the difference actually being most evident on the track ‘Visage’ itself, but it soon sounds natural for him to be delivering the songs – sweetly acknowledging that it has been five years since Strange’s sad passing.

It’s slightly incongruous to hear 2017 Rusty Egan collaboration ‘Glorious’ at this point (the pair combined previously in both Visage and the earlier Rich Kids), but it would be churlish not to allow Ure at least one relatively recent moment in amongst the nostalgia of the rest of the evening.

Ure magnanimously notes that at every show, 50% of the audience don’t want to be there, as they have just been dragged along by a partner or friend – “You will know two songs – here’s one” he observes before delivering an incredible ‘Fade To Grey’, a true goosebumps moment as Ure and his excellent band do the classic tune justice to the delight of the sold-out audience.

Now it’s time for Vienna – and it becomes apparent (where maybe it wasn’t before) that the record is split into two distinct sections: the first four songs (and closer ’All Stood Still’) being far more rock-orientated with Ure on distorted guitar – songs like ‘New Europeans’ and an incendiary ‘Passing Strangers’ come across as more new wave than synthpop, whereas the second part has Midge at the keyboards and a song like the enigmatic ‘Mr X’ is a lot more in Kraftwerk territory.

When the title track comes, it is received rapturously and still sounds absolutely like nothing else on earth. If Ure is tired of playing it, it certainly doesn’t show and he pours everything into its delivery. The album is perhaps surprisingly sequenced, with the aforementioned ‘All Stood Still’ having the unenviable job of following the title track, which sounds like the archetypal album closer. Ure commends his current musicians, Band Electronica, and pays tribute to his Ultravox bandmates as the main part of the show ends.

An encore features the ‘Vienna’ single’s B-side ‘Passionate Reply’, which Ure maybe half-jokingly says he has only vague memories of recording, plus a crowd-pleasing three-song hits salvo of ’Dancing With Tears In My Eyes’, ‘The Voice’ and to end, the anthemic big-hitter ‘Hymn’.

Ure seems to be having the time of his life and after this success is perhaps considering similar future ventures for other highly successful albums like Rage In Eden, Quartet and Lament. And if he isn’t, maybe he should.