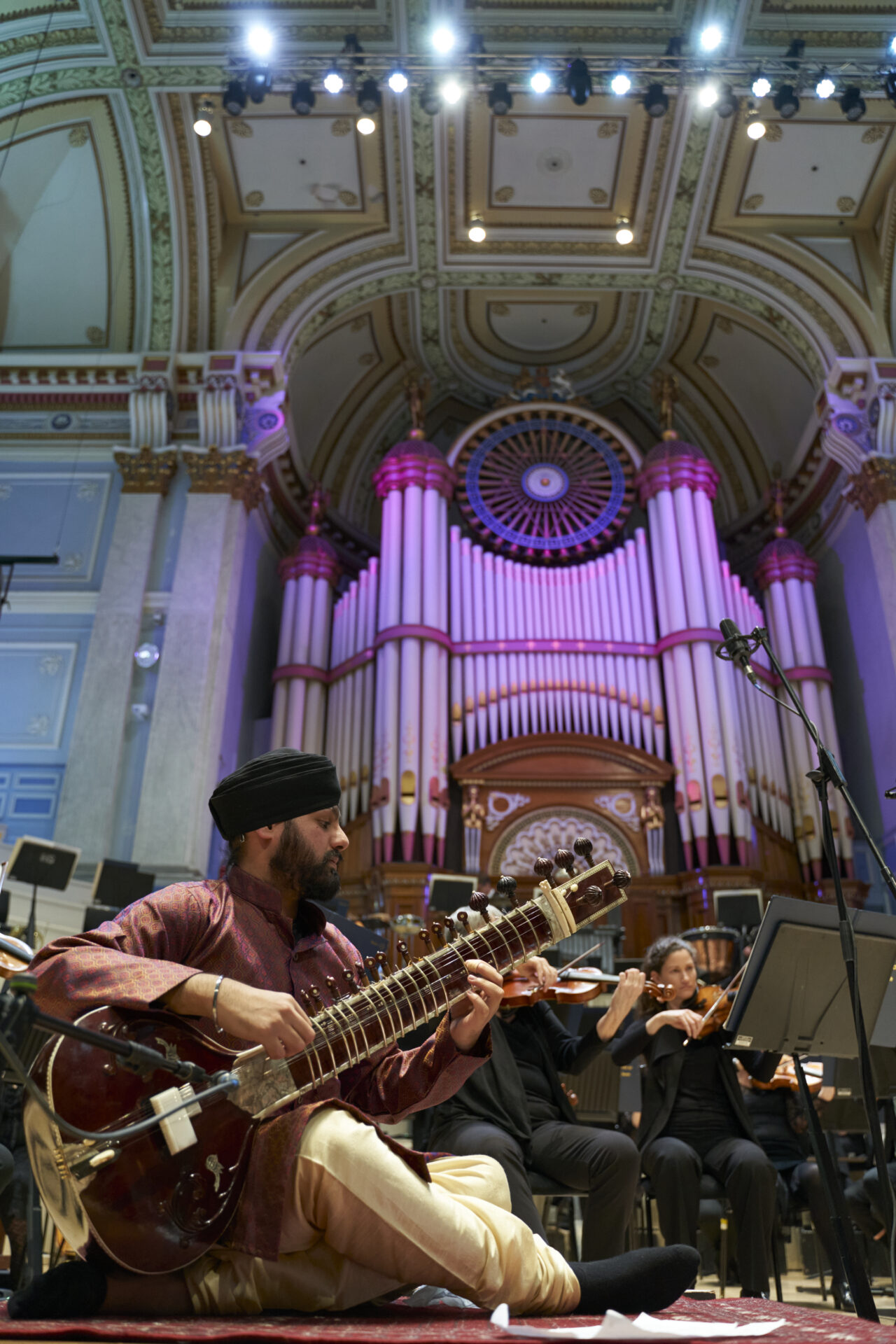 It seems perfectly fitting that Huddersfield Town Hall should have been chosen as the location for the world premiere of Arya. Not only is it being held in Jasdeep Singh Degun’s home region of West Yorkshire (the award-winning sitarist hails from the neighbouring city of Leeds), but the building’s impressive classical design and sumptuous beauty also reflects the music that he has written for this occasion.

Speaking to the audience before the start of the event about what he had hoped to achieve when first embarking upon such a musical venture, Jasdeep Singh Degun says that his original intention was to try and bring together the two great traditions of Indian and western classical music. He did eventually dispense with such a noble ambition, however, and opted instead to simply bring us the music that he wanted to present to the world. 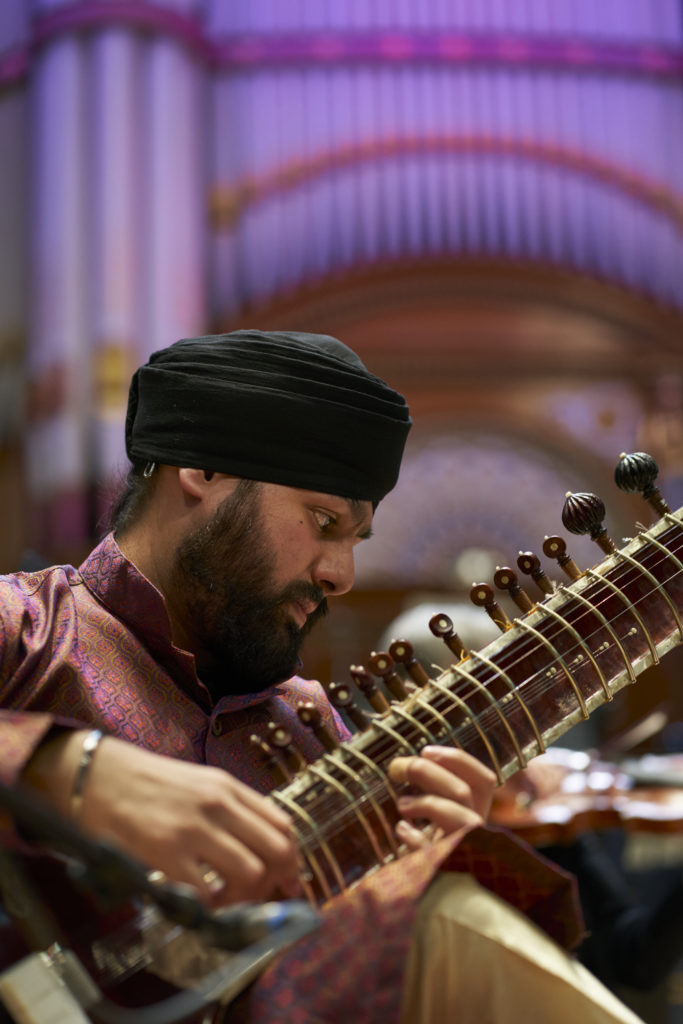 In creating Arya, Jasdeep Singh Degun worked closely with the Orchestra of Opera North and their arranger Daniel Saleeb, a collaborative process that lasted for nigh on a year. And for Arya’s first public performance Degun again joins forces with the orchestra plus the renowned Malaysian-born conductor Harish Shankar. Together the assembled men and women take us on a mesmeric, often transcendental journey that brings out a vibrancy of sonic textures and colours from the great eastern and western musical traditions in which the concepts of improvisation, rhythm, and harmony can all happily co-exist within a melodic framework.

Divided into three movements, Arya ebbs and flows. It moves effortlessly and seamlessly between moments of almost spectral minimalism and exuberant, lavish and intense orchestration. It manages, as if by sleight of Jasdeep Singh Degun’s hand, to simultaneously embrace simplicity and complexity in its extraordinary delivery, opening as it does what is a unique new sound to a potentially brand new audience.

On today’s programme, Arya is bookended by two other orchestral pieces, both of which again feature the Orchestra of Opera North conducted by Harish Shankar. The first is Köçekçe by the Turkish symphonic composer Ulvi Cemal Erkin with the second a series of works – Karelia Suite, Op. 11, The Swan of Tuonela, Op. 22, No. 3, and Symphony No. 7 in C major, Op. 105 – by his Finnish contemporary Jean Sibelius. Each are hugely impressive, dramatic scores – elements of the Sibelius movements would not have been remotely out of place on the soundtrack to some 1950’s American film noir – with both sharing the same central characteristics of Jasdeep Singh Degun’s work in terms of their organic nature and strong links to the environment.